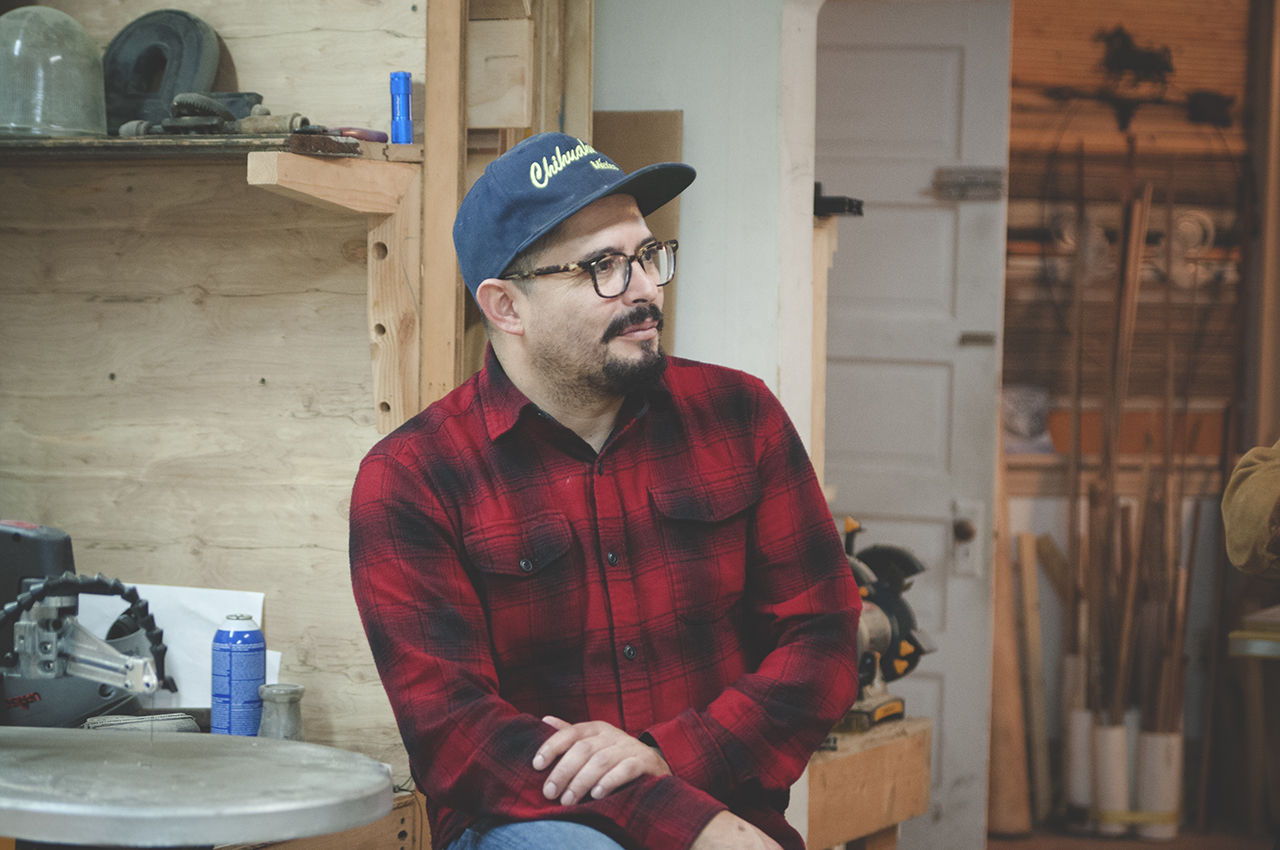 With a start in community-based murals and mosaics, Juan gradually became more curious about what he could get away with publicly and started to produce bigger and bolder assemblages from items found on the street. Although now his works are often found in galleries and institutions, Juan is still in touch with his roots, continuing to incorporate found objects into his large-scale wooden sculptures that explore resourcefulness and adaptation.

I\W: How has moving your studio from a warehouse to your basement forced you to scale down the scope of your practice?
JAC: After moving down here I had to look at things more realistically in terms of how I was functioning. I had this huge studio space, but I was only doing these large-scale projects once to twice a year. I didn’t really need all of that space. I can work the way I used to work when I was doing public art, I can function in that format. I can create an object and then reproduce it at any time and hire assistants when that comes up. My big space was great to build anything I wanted in, but at the end it was also just served as an accumulation of a bunch of really cool shit. It took me awhile to get adjusted to this new space. Working below my family was and it still is disruptive at times, especially because before I had my own sanctuary to work in. I do however really enjoy my kids coming down and visiting me while I work. 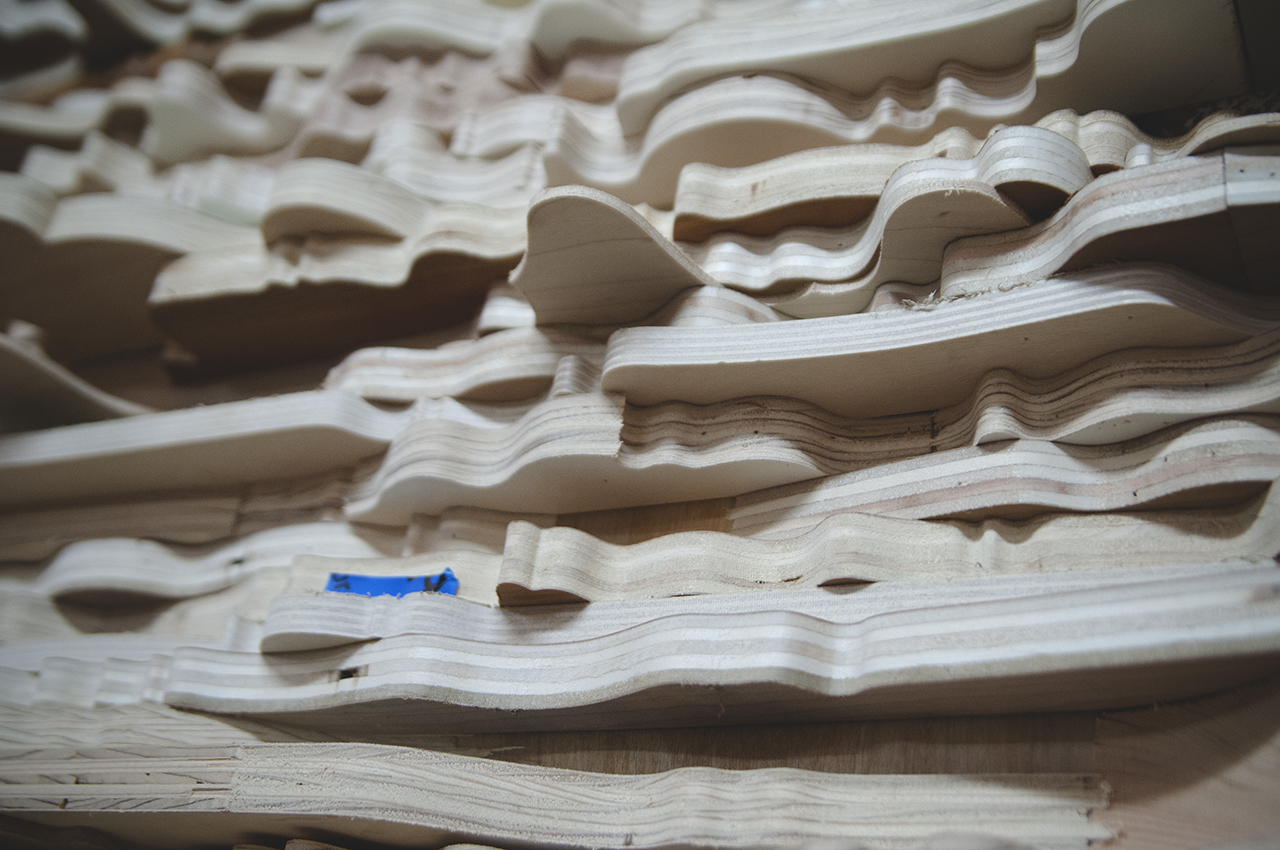 Can you give an explanation of what the street art scene looked like when you were first starting out? How did you contribute to the work that was being made on the street in Chicago?
Before I got involved in putting sculptures in the streets, I was involved in making murals and mosaics throughout the city neighborhoods. I worked with art centers, community centers, and schools in order create the pieces. I went as far as creating a few works on the CTA and did a few designs for some airports. I never really thought about street art per se. What I was making was more in response to public art. Aesthetically I wasn’t very satisfied by the community driven public work I was doing. I started to branch out by taking things out of the garbage and making assemblages with the stuff I found. I would put them up on wheat pasted board-ups and on doorways throughout the city. At first, it was just my friend Porkchop and I being funny, but then it became new territory for doing work without restrictions. It really became more about what I could get away with: bigger, bolder, and more complex. I got more into the work I was making on the streets and inspired others to do the same. I wanted to know how much time could I spend building an installation and have no one notice or question my actions. 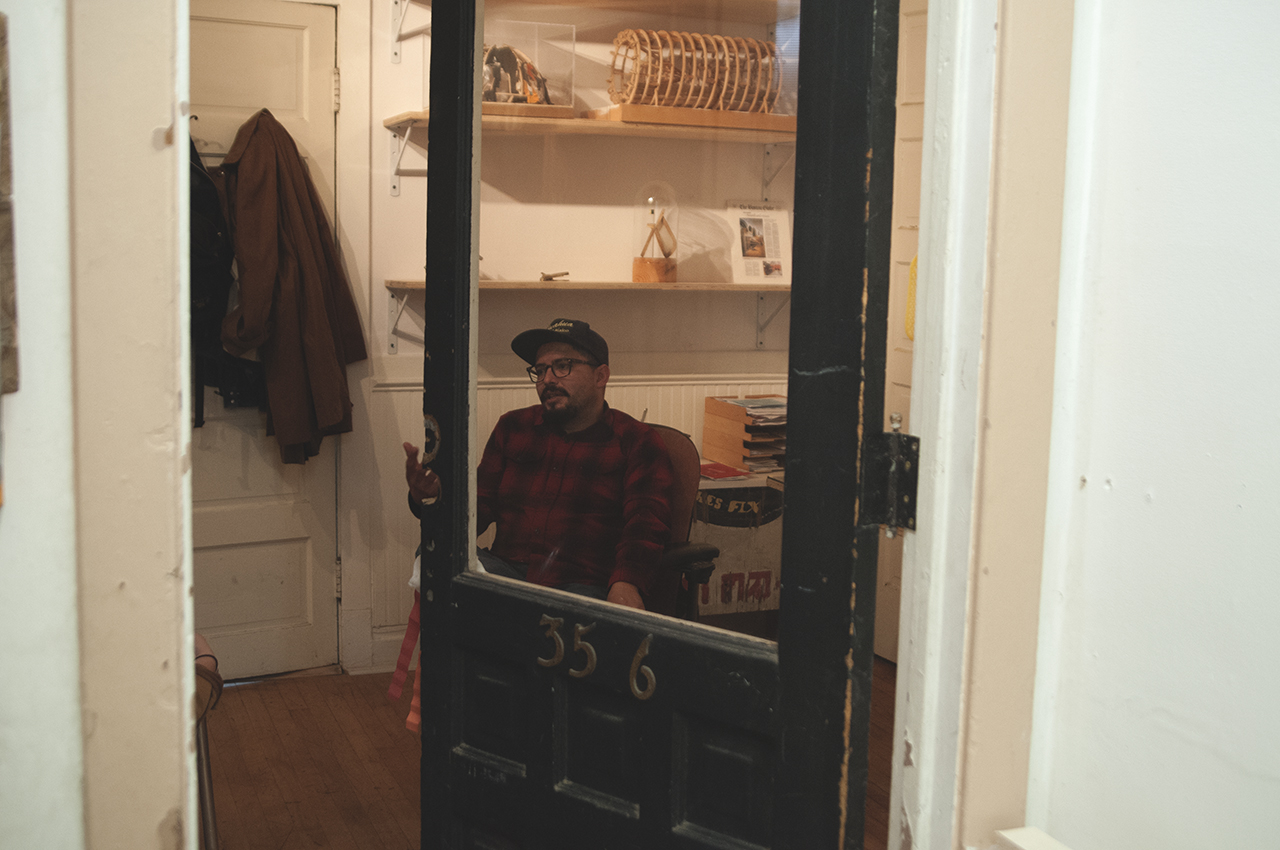 That’s around the time Cody Hudson, Mike Genovese, Chris Silva, and I started to do other projects and the ambition grew from there. I think at one point we had Chris Uphues and Maya Hayuk collaborating with us as well. Then we did a project in 2005 called Tragic Beauty where we created an installation at the Open End gallery on Fulton and Damen. We transformed a 3000 square foot space into an environment of found objects that afterward would all go back into the street. Cody built a hut, Mike built a weird and interesting nonfunctional object, and I built a 30-foot boat.

Is bringing in those found objects still a large part of your process?
Yes. Right now I am working on a commission that is all found materials and will be a two-part piece. I am also working on a found neon piece, and I did a series of pieces all with found hair and fishing rods. I have no idea how I find these objects anymore, it is just second nature. There is a particular thing that I am looking for in the objects I choose. It has to place me in the right location and I need to be able to imagine its history—how it got to the place and what happened to it before I found it. For me to understand its aesthetic value I need to think about these historical ideas that surround it. 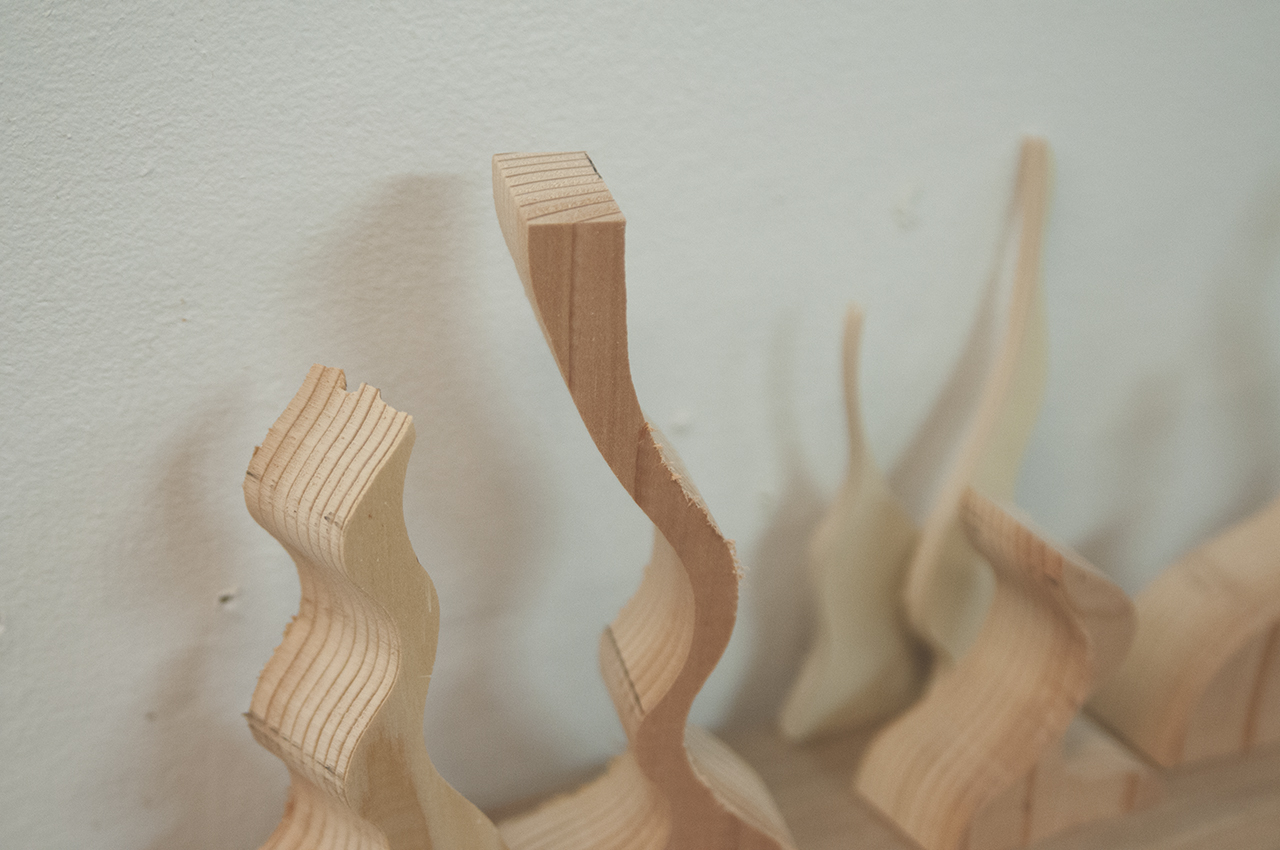 How does that collective history of who has used, abused, and formed these objects before you tie into your works?
It goes back to what I was saying before about objects having a personality and a recording of everyday life. I like having the viewer make that connection with the work. In the sense that I want the work to be approachable and accessible in order to introduce what the work’s about. I’m interested in creating multi-layered experiences that start by identifying an object’s texture and marks but lead to a more complex discussion about resourcefulness, adaptation, and the function of art.

Why are you so attracted to carpentry?
A lot of it is connected to the idea of survival. It’s a direct connection to how my family adapted to living in the US. I learned from my father, who had to learn the trade here in order to survive. It’s also a practice that deals with the elements of nature, although it’s so far remove from the natural environment. I’m more interested in the processes of building, creating, and establishing temporary structures rather than fine carpentry because of the crude connection to temporary shacks and structures that are built for survival. I find those structures interesting in the resourcefulness of their adaptation. 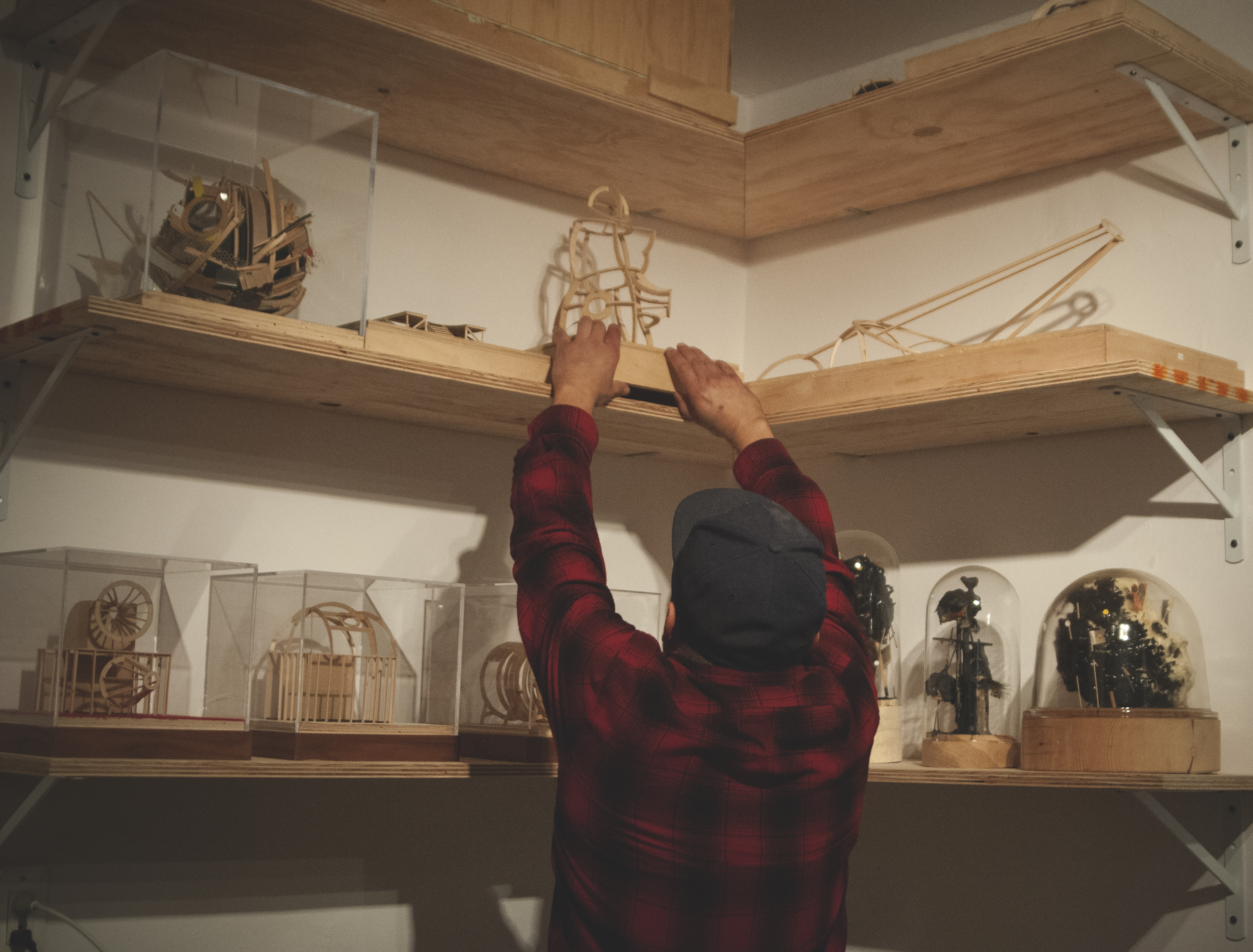 Why do you first outline your large-scale works as miniature models?
I don’t draw anymore. I just make these little sculptural drawings. A sketch can only give me so much information, but a model provides the actual details that are needed to produce the final work. When I am coming up with ideas everything has to be measured. Even if it is just an idea, I am still thinking about how I can utilize material, labor time, etc. I have to make it a nearly completed small form so I can start thinking about the final project. I then save all of these models as art objects in themselves. They are both the plans and a final sculpture. The final piece I see differently. I see it as an experience—installations that can’t possibly exist forever. These models preserve these ideas far longer. 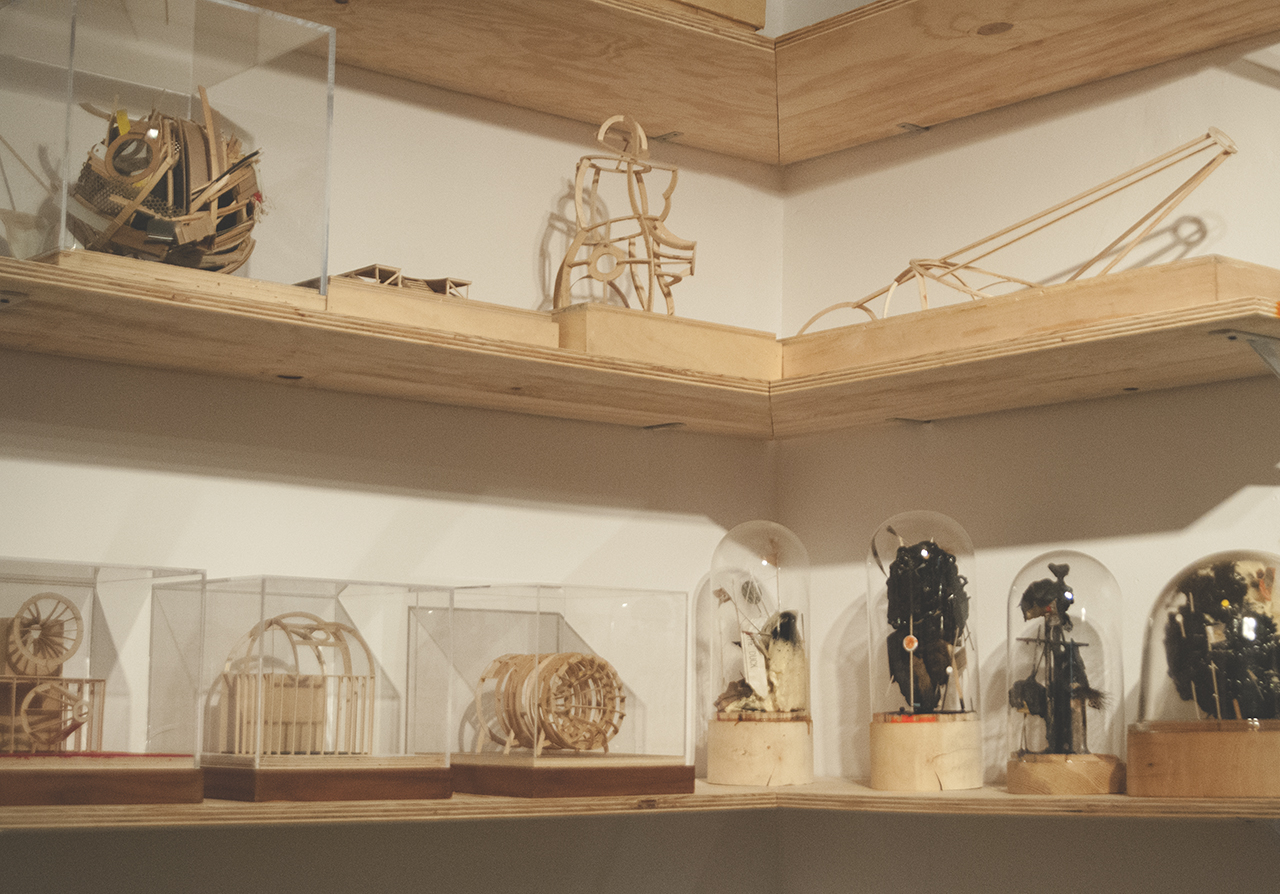 What is the difference for you between making a work outside for the public versus inside the white walls of a gallery or institution?
In the public there seems to be less concern about longevity and preservation of the object. It is truly about the experience with the installation. In the gallery is different for sure. The gallery is all about experience, but under a different set of parameters. Depending on the institution’s goals it is sometimes about numbers. In galleries is about both exposure to collections and collectors. For me the similarities always lie in the overall concept for what the works about and how the audience engages. 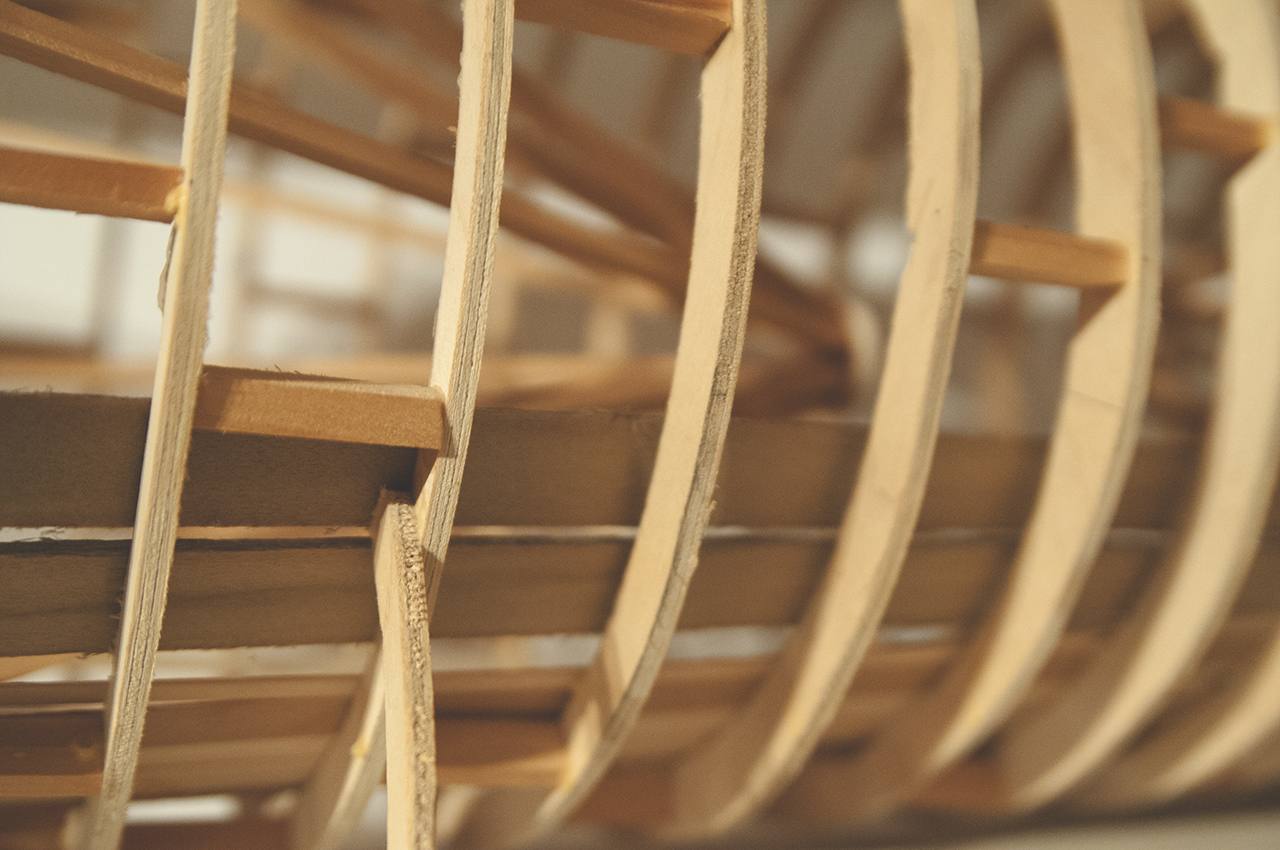