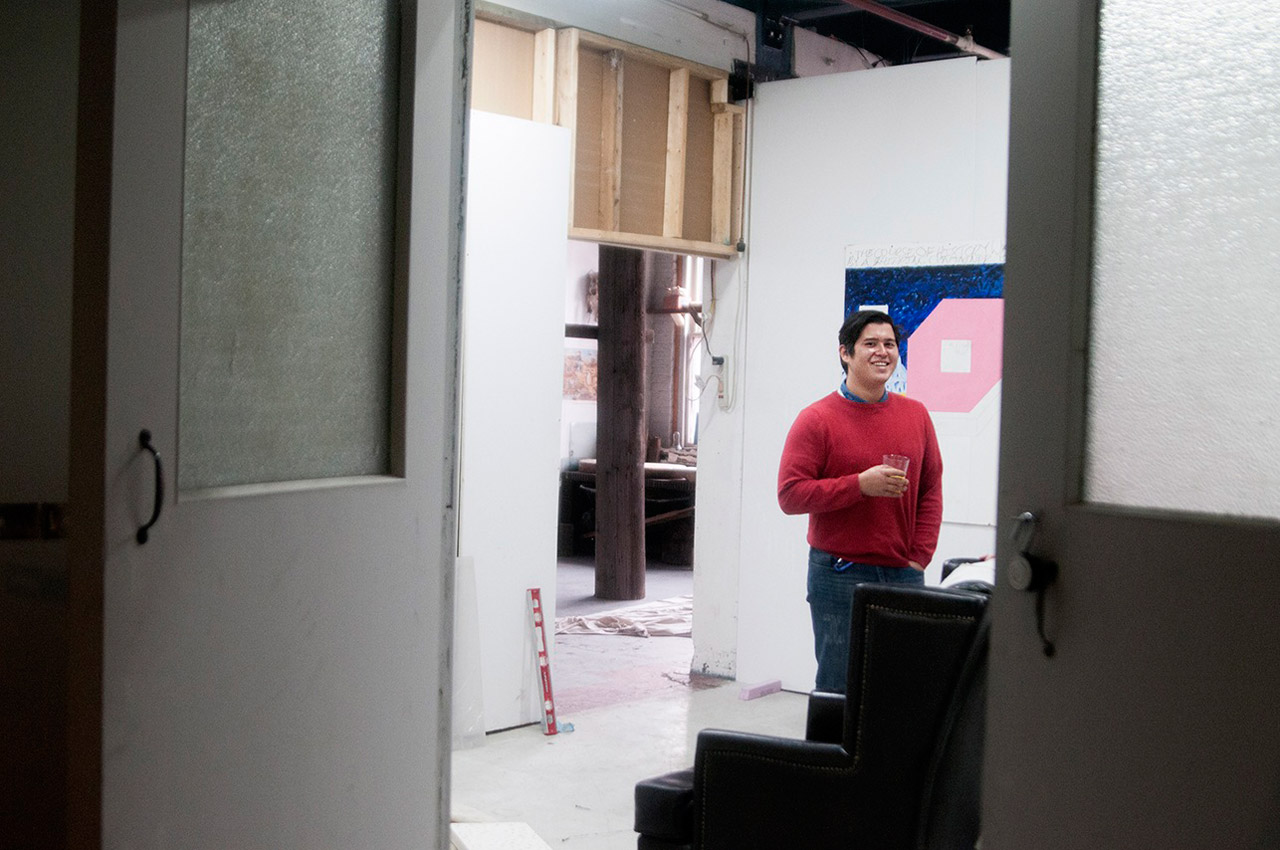 I\W: Why did you feel that you needed to move your practice away from traditional photography?
AT: The way we were taught about photo at Columbia is that you make a photo and it is about the object itself. It’s very traditional photo history and I didn’t feel like I could convey what I wanted to talk about in art though just photo itself. I am still interested in making photographic objects, but I wanted to do more. Photo plus something else made a lot of sense. 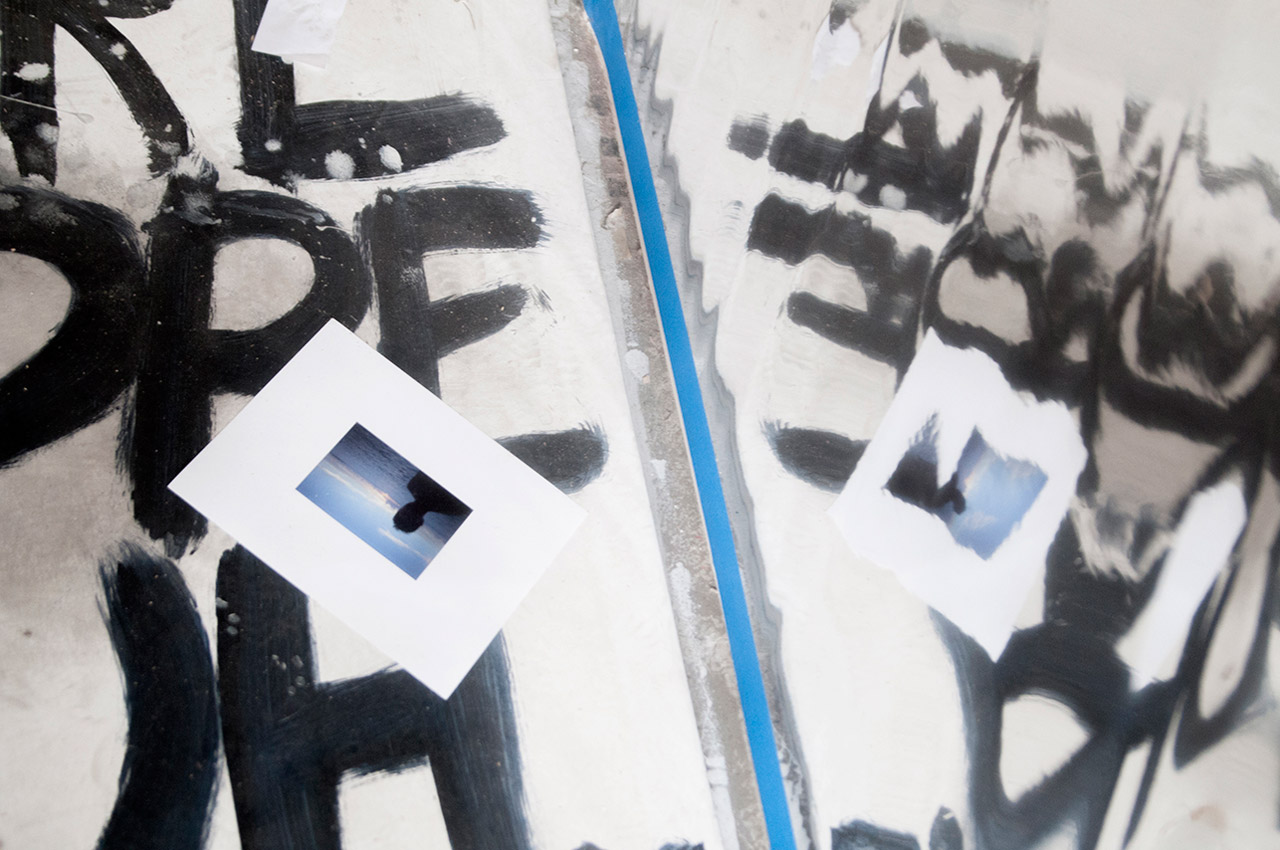 Do you think photography is still an integral part of your practice?
Definitely. I don’t necessarily make photographs, but I think about making image. I am thinking about creating physical frames, and then the objects through varying depths will create the photographs. It’s not paper and latent image, it’s more about utilizing objects to create a more physical experience.

What medium was your first transition out of photo?
It started back in high school with painting and drawing which I am starting to return to. I have always been interested in mark making. In high school I was taking photographs and screwing with the surface. I think those are really entry level points for photographers to leave just making photographs. When I was in college I studied with Curtis Mann and John Opera. They always played with the surface of the paper and reached out to expand upon the medium as an object. 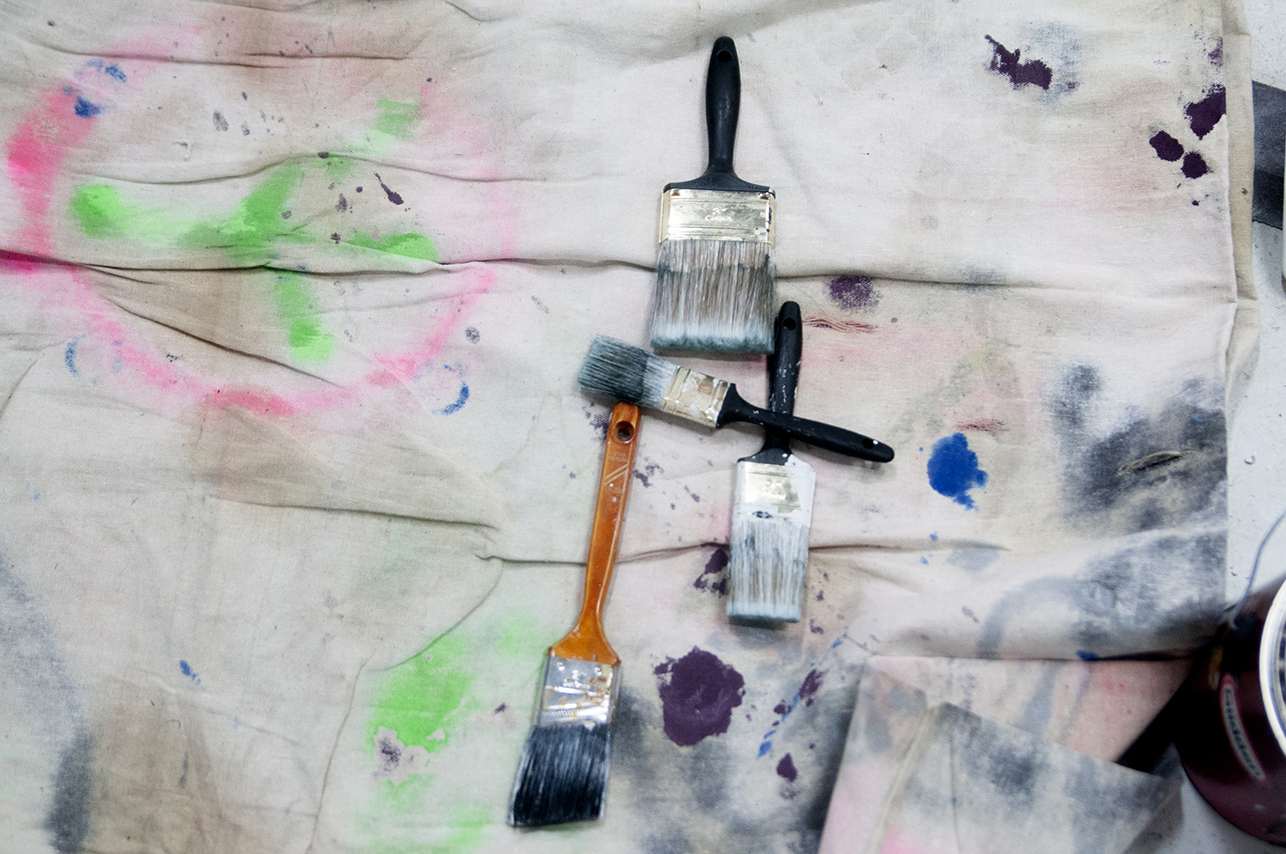 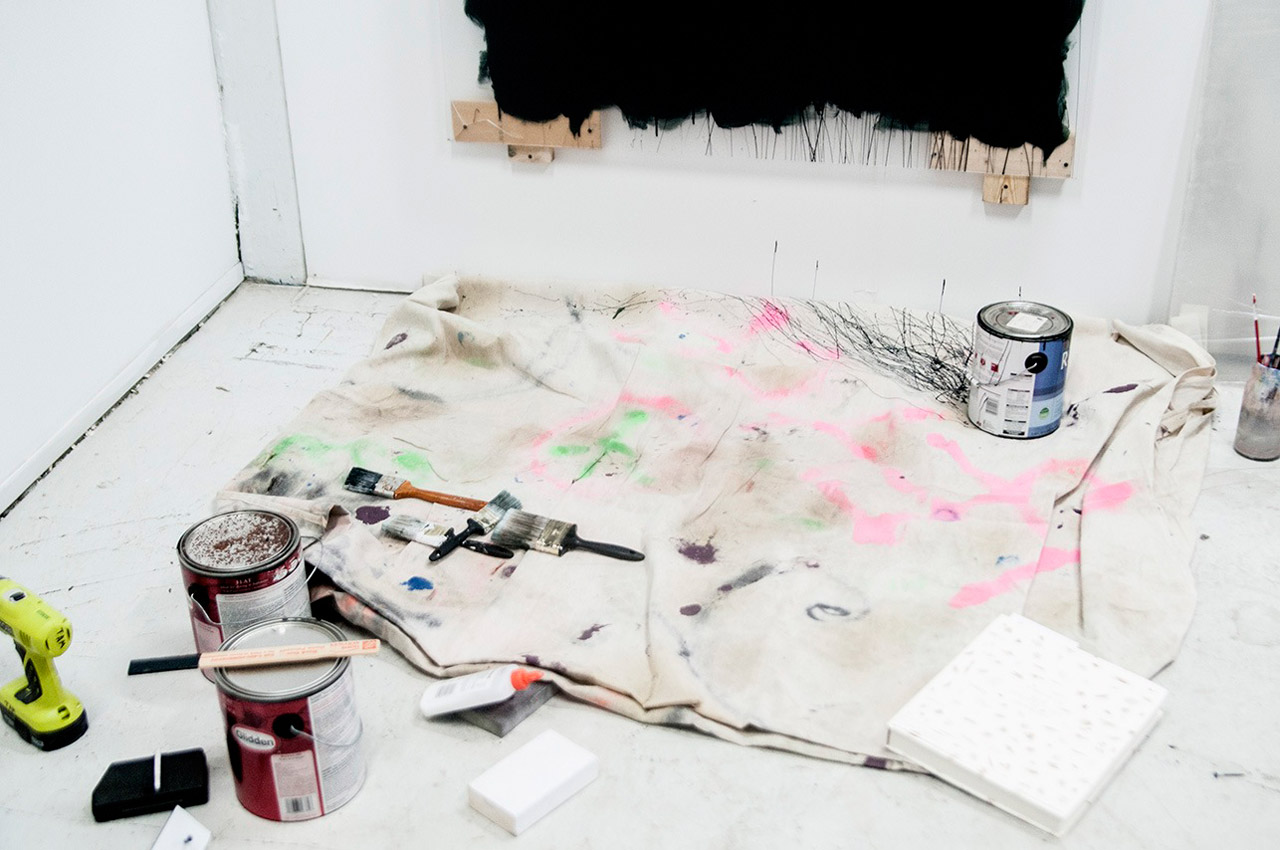 Would you still consider yourself a photographer?
I think right now, no. I was talking to a friend and said that I wanted to be the contemporary photographer’s photographer. There’s Wolfgang Tillmans and he is a photographer, but he is thinking about creating varying ways of seeing photography and image. Then there is the New Topographic photographers from the last century who are everyones’ photographers. I want to create objects in space that will go back to photography, but they are not just on the wall. I want to change the way the medium works.

Do you typically work in a series?
When I was in school I was around more photographers and a lot of them work in series. The one body of work that I finished school with, Reflections from the Void, that was me working in the darkroom consistently. Now that I don’t have that kind of access, I have departed from that. I think about different objects falling within the same geography of a projects or series, even though they are different in terms of media or visual language.

I don’t necessarily make photographs, but I think about making image. I am thinking about creating physical frames, and then the objects through varying depths will create the photographs.

What area does the “void” refer to?
When I started working on this idea, it was more about photography itself. It was a reaction towards the photography I was around. I was talking about Thomas Struth and a lot of the Dusseldorf School. I wrote a paper about how even though they were photographing people, they were very blank. You didn’t really know anything about those people. I was arguing that contemporary photo was empty. It didn’t matter what the photographs looked like, there was nothing there. While my work was more along the lines of abstract photo and historical painting from the 20th century, it still to me fit that same geography as figurative. The void was more about setting a flag out, or attempting to, in art history. It’s not about the emptiness I was feeling towards school or anything like that. It was this thread I was trying to follow.

Do you feel like you have to make more tangible work in order to be exhibited?
To be relevant you have to make a bunch of work and have shows and then they will give you the due to go and do crazy stuff. I am having to hold back and actually be the author of my work, but I really want to be more social about making artworks. Ideally I want to do installations that relies on the audience to become imbedded in the artwork and participate really heavily. Where the art are not objects, but more about interactions. 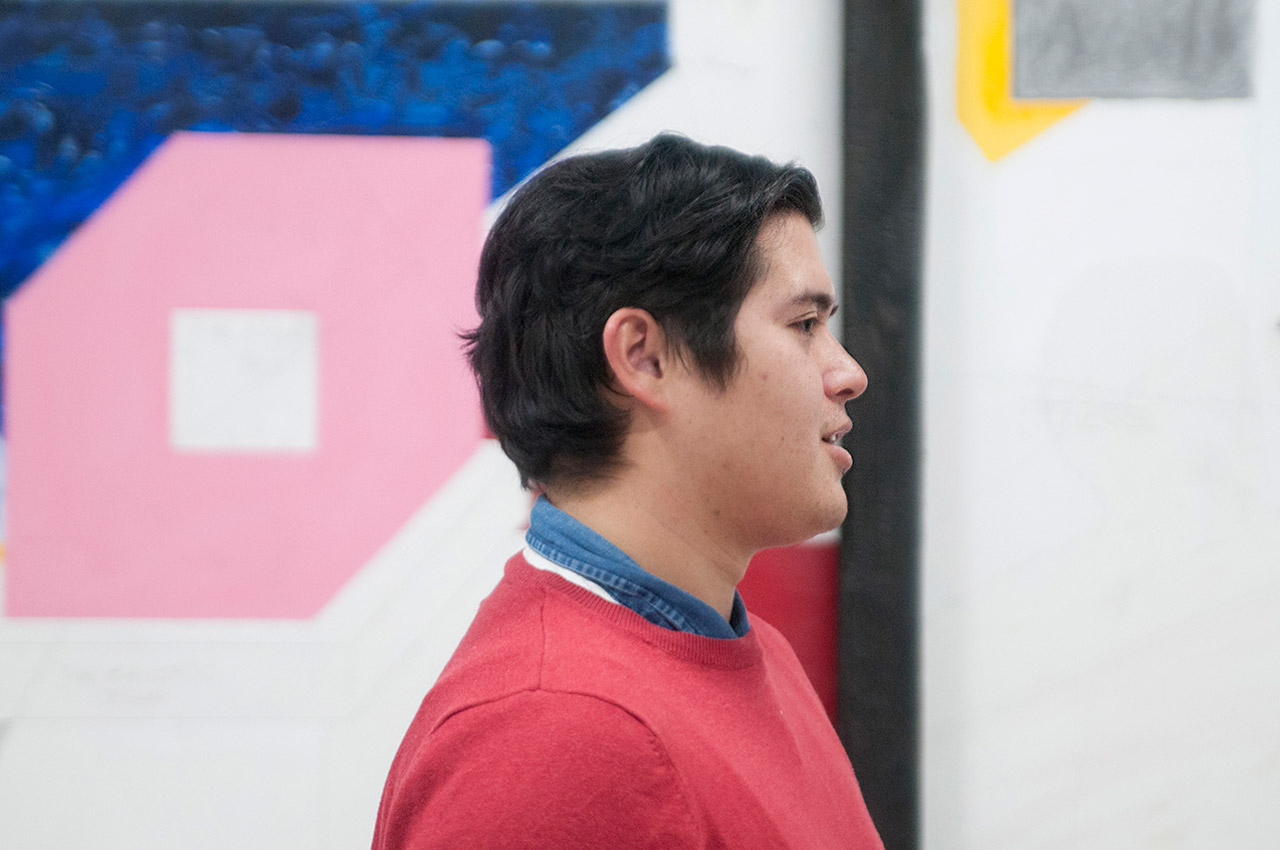 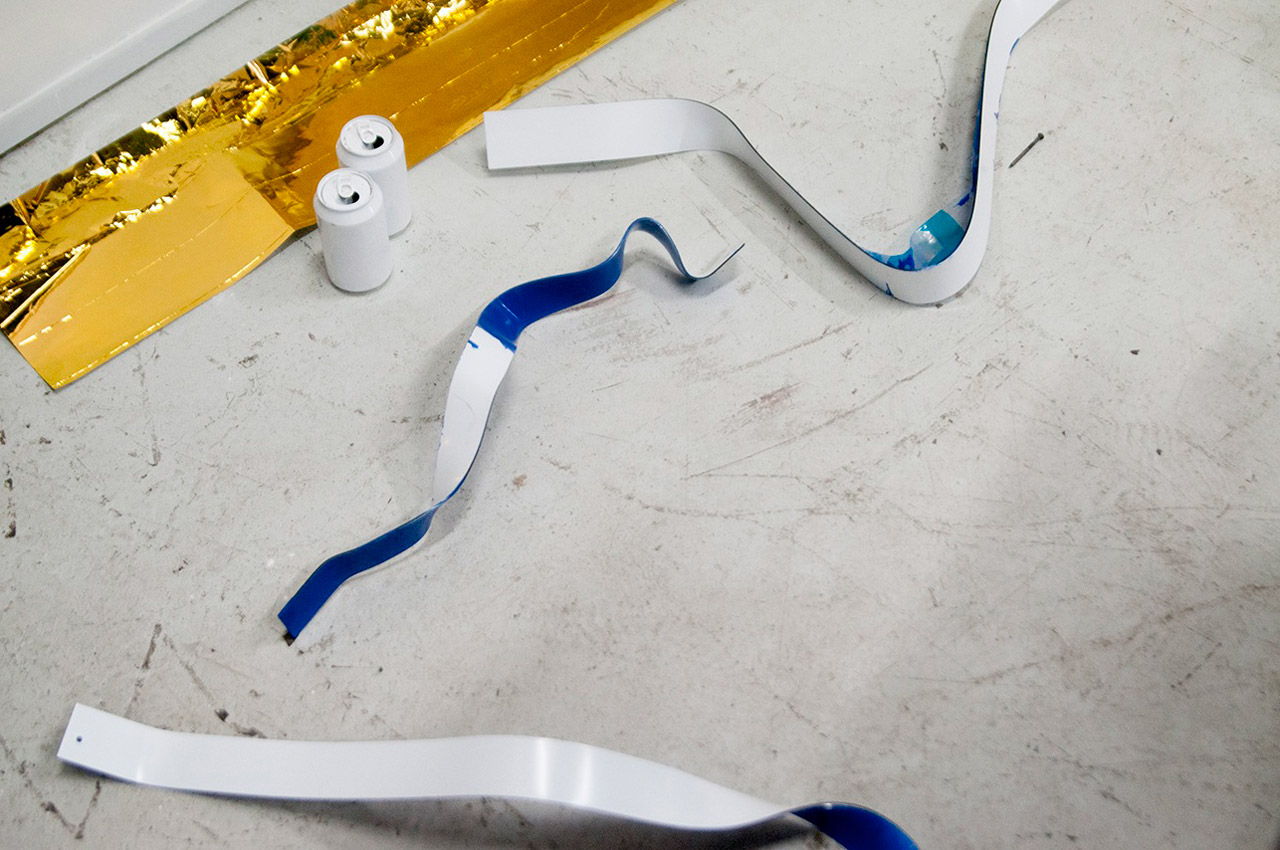 What is a current piece you are working on?
What I am doing is writing two sentences repeatedly over and over so they become illegible and the letters become brush strokes over time—creating textures. It all came to me watching graffiti getting covered over repeatedly. I was interested in how ideas get appropriated or repeated so much that they become nothing. We see images coming into our visual field repeatedly and they start to not really mean anything after awhile. The threads are there, it is just linguistic versus image. I am using latex paint because it reminds me of skin and there is that kind of sensualness to it. I think that industrialized faux skin is what is attractive to me because it is kind of fake and it lends itself more to this idea of repetition and dissolving any sort of meaning.

How do you view the words that you place on your work—are they about the content or the marks?
They are marks and lines, but I want them to be lines that you can interact with. It’s all about mark making, but using text as brush strokes. Text becomes some sort of mark.

It takes me so long to make art because I want to think it out before I make any sort of action. I think too many people just go at it and make action, and it is a very wasted energy. I want to deliberate on something as much as possible before I allow it to go into any other public space.

How have you gone from artist to curator?
I am just interested in making space and building little economies. Ideally with this space, I want my practice to reach out to the communities I live in and bring them into the fold instead of art being very exclusive and tight-knit. I wanted to show art of people that are not necessarily getting their due, and I want them to have the opportunities to have this experience. I want to still run a near-professional level space, even if I am funding it myself and hardly running any sort of budget. I don’t mind because I still view it as being hungry and ambitious. It’s all about experience and doing things by myself.