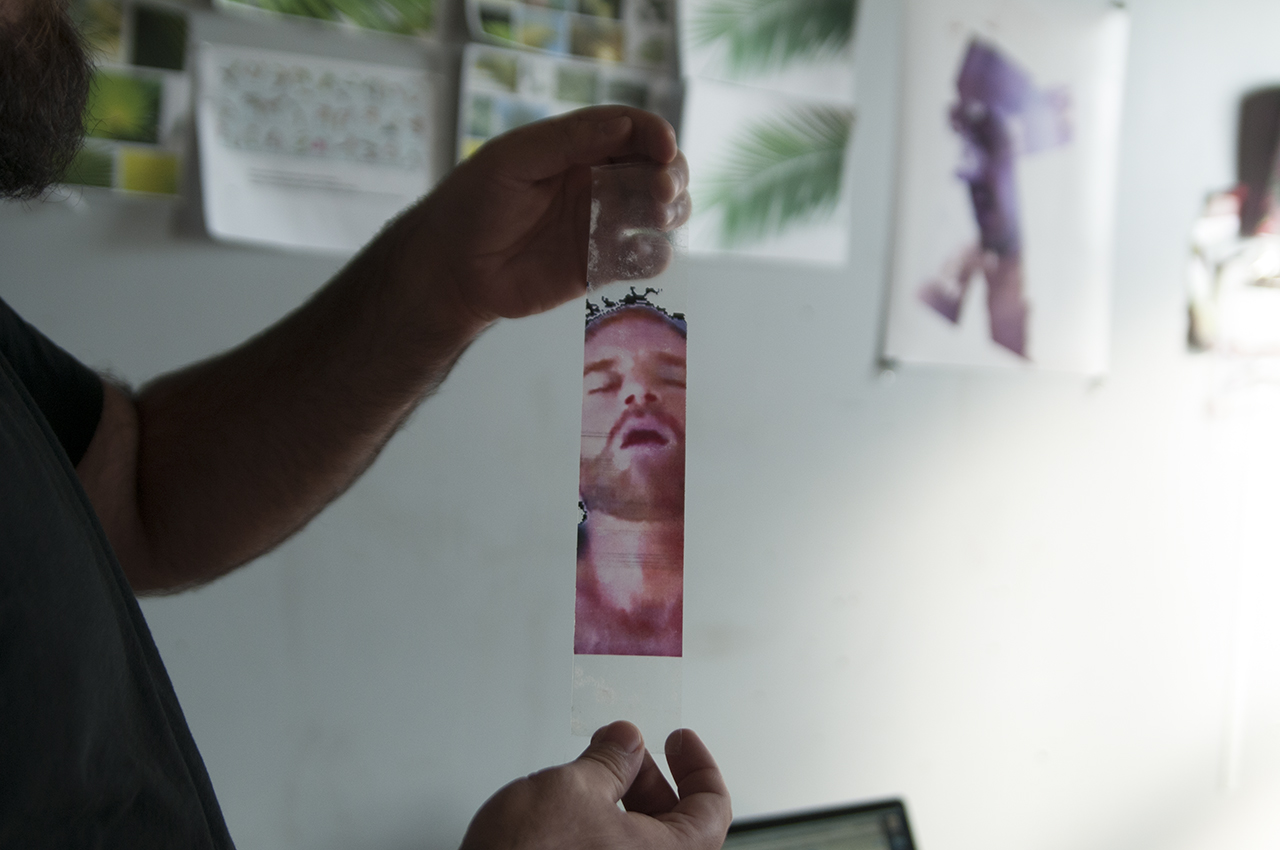 Ivan’s studio houses eyes, faces, and limbs roughly cut without attention to exact detail. The parts, culled from vintage and contemporary gay pornography, serve as bookmarks to the pornography’s history while also imitating similar shapes of Mexican milagros. With a background in experimental film Ivan has moved towards physically editing his work, creating animations that appear computer-edited rather than produced entirely by hand.