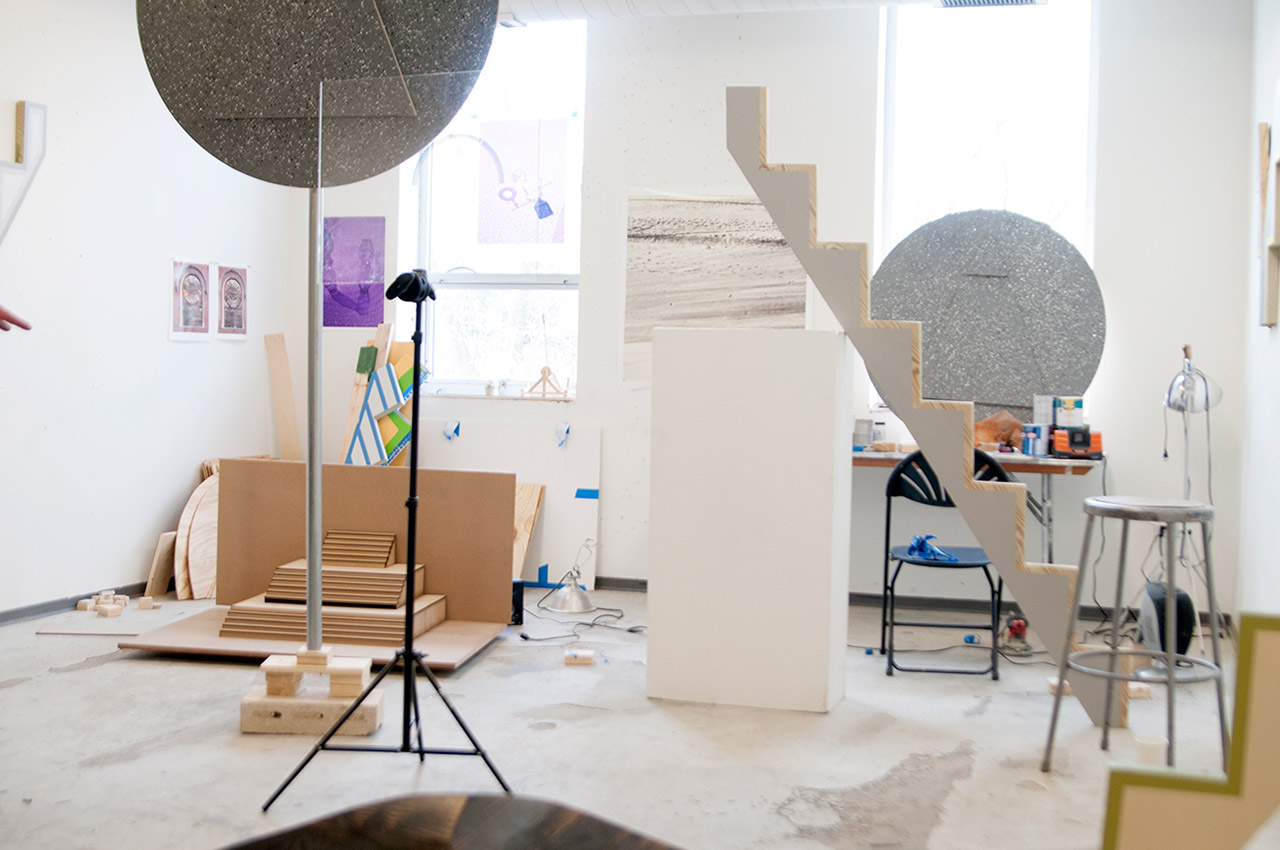 Assaf is an Israeli artist and former photojournalist who traded his motorcycle for an art practice. Assaf’s studio is located in the Hyde Park Art Center, a large second floor studio packed with sculptures layered from door to window, a byproduct of his recent move from 2D to 3D.

I\W: How did you find inspiration in your boredom when you first moved to Chicago?
AE: Somehow I found it very productive. You have to always keep entertaining yourself. When it is harder to do so and you make that effort, I think interesting things come out of it. It gave me a space to dive into ideas and books and images, to experiment more, move from 2D to 3D and open up a practice. It is in and out of myself. A lot of the things I do have to do with the actual environment. There are things that are present at hand always. Chicago has these alternative exhibition possibilities that kind of push you to find solutions and work for that. 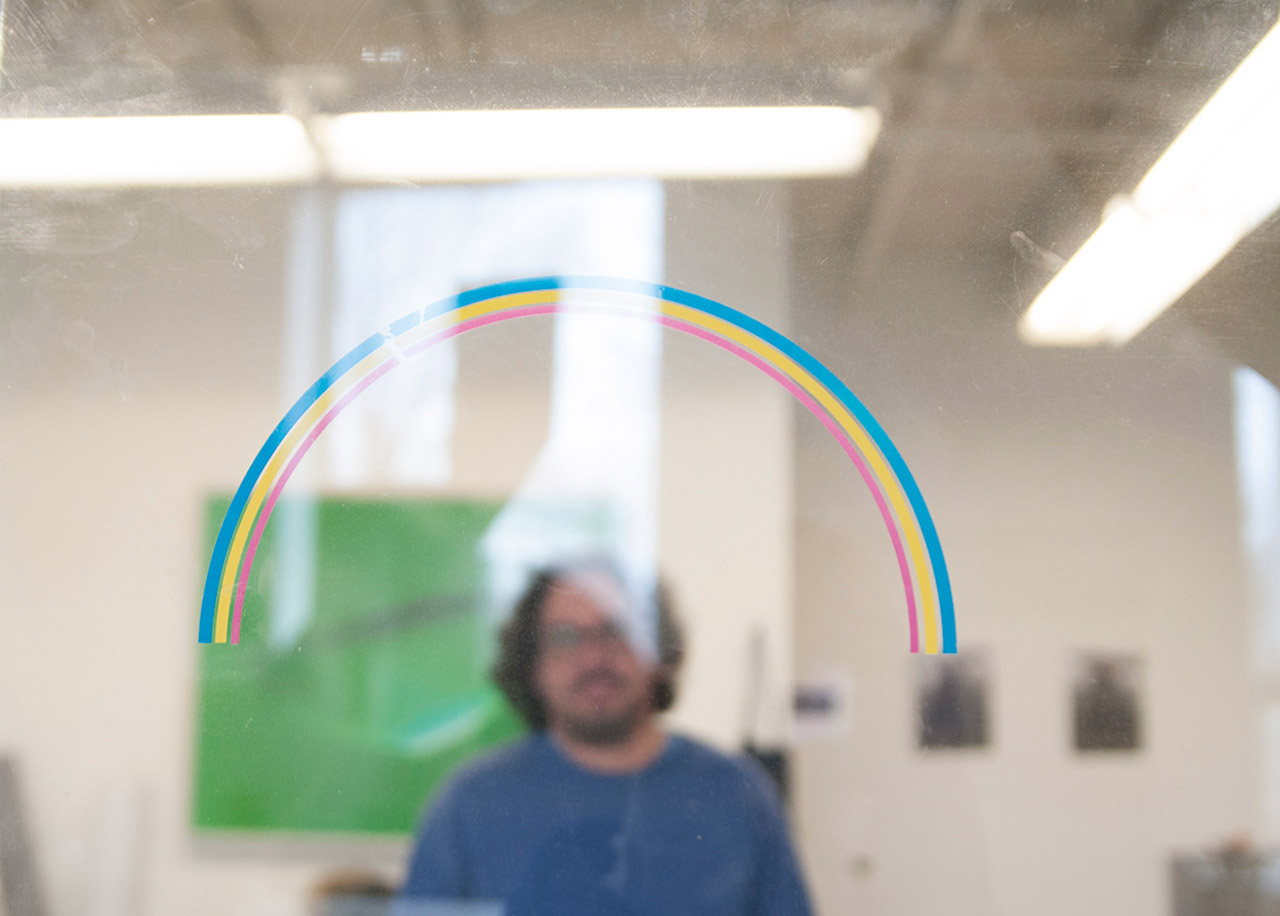 Chicago’s landscape was new for you. What were some of its environmental elements that inspired you?
Actually I could not photograph when I first came to Chicago. It was really hard for me to photograph because I did not have any intimacy with the environment. I had this feeling of indifference, especially being in an art school where the whole architectural setting is very corporate. Somehow this indifference became a subject matter. That’s when I developed more of a studio practice. It’s funny because someone pointed out that I must be traveling a lot in Chicago, but I am mostly in my studio. I wish I would travel more. Sometimes I wish I was a taxi driver or something. I like having this itinerary for your day that you do not decide. You never know what you are going to see, and what you are going to experience. I really like that. I used to be a photojournalist, so that was my experience doing that job. I felt like a pizza delivery boy, but I just had a camera. It was also during the time of the decline of print media, so it was more about quantity and not about quality. 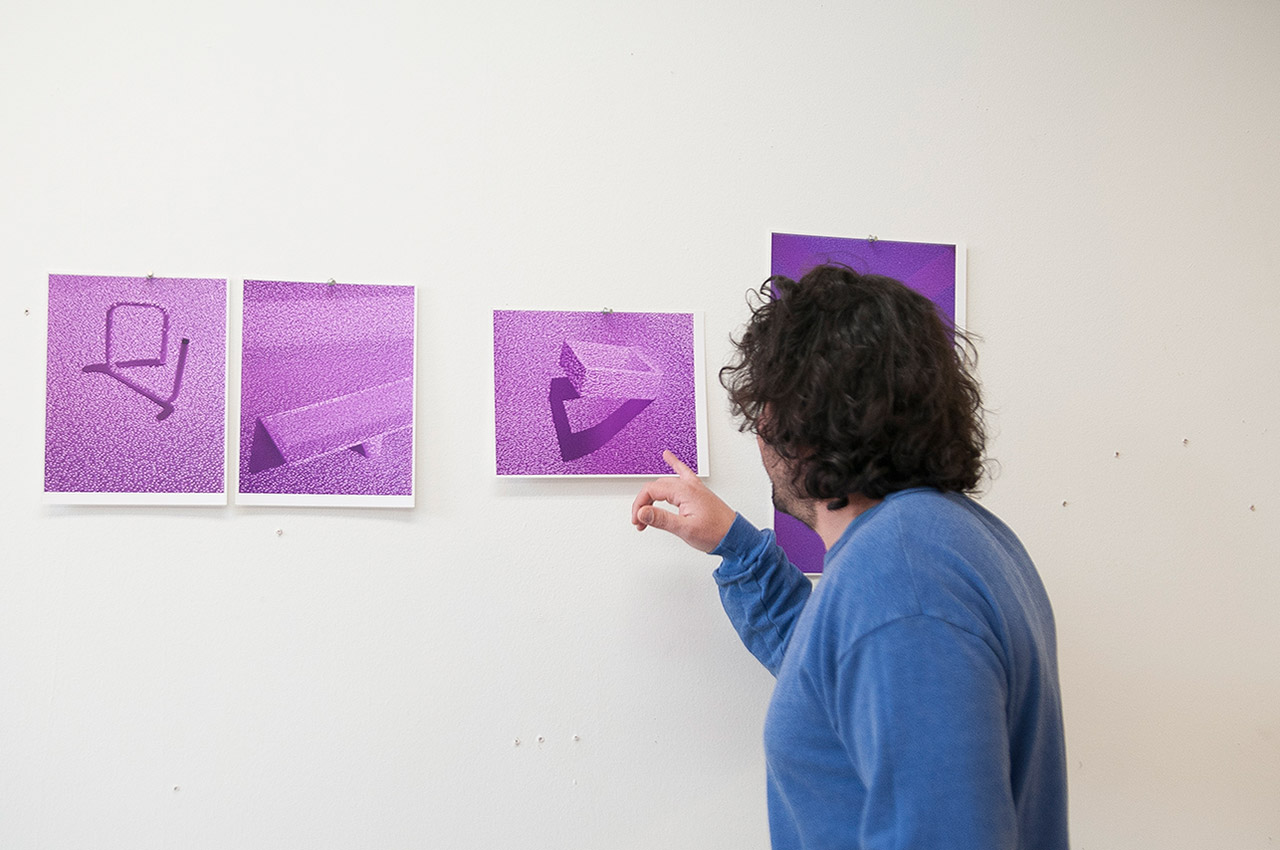 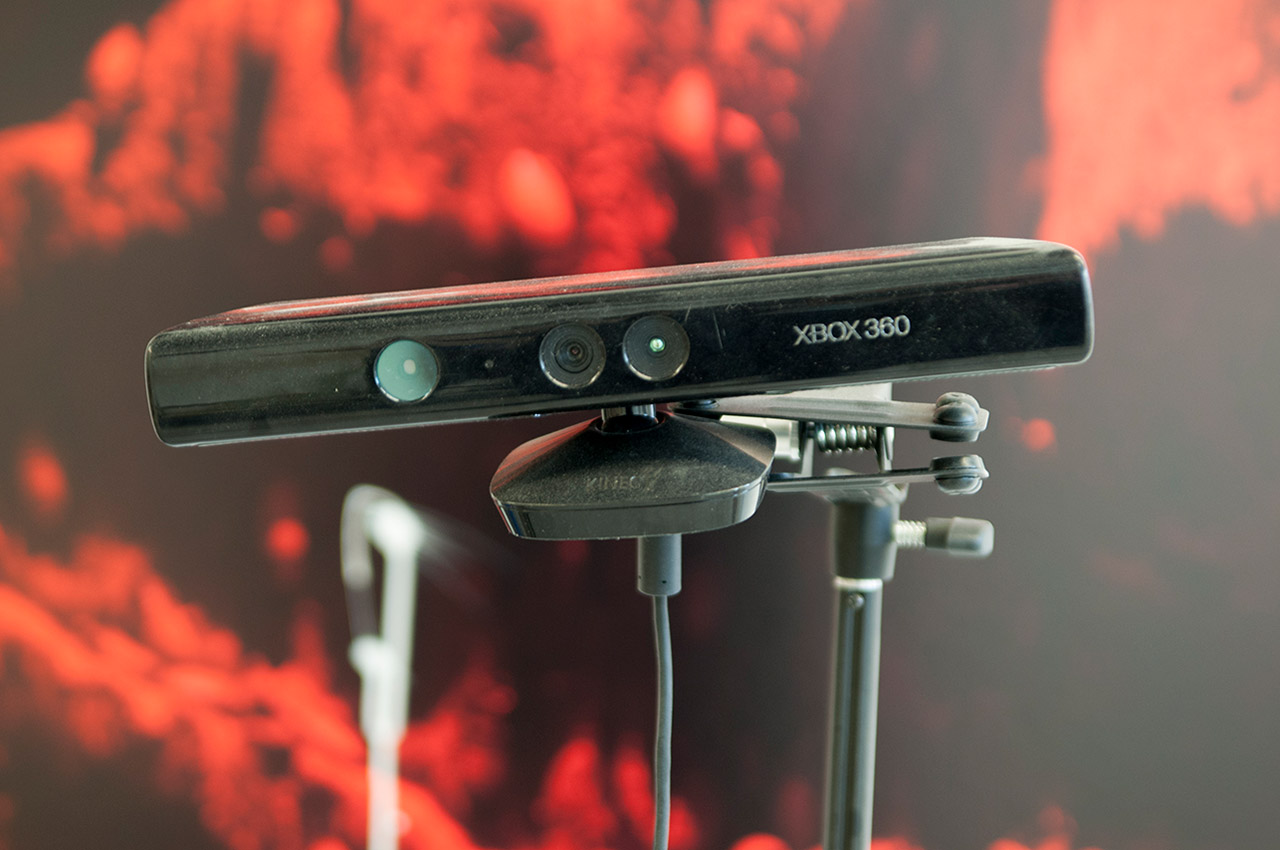 Part of your statement is that you are interested in things that are overlooked, can you explain this more?
Things that are overlooked, but never mentioned. Things that we are blind to, but we see every day. I really appreciate obviousness because I think obviousness has a lot of political potential. It is this thing that we take for granted, and things we take for granted we never think about. You sometimes never see them. They are in the peripheral vision.

Do you think there is such a thing as aesthetic Darwinism?
I really like the term Darwinism. Both evolution theories of Darwinism and Lamarckism are interesting in the way the form is happening due to the surrounding environment, or the surrounding conditions. I am very much influenced by that. A lot of the things are very functional and aesthetics are a byproduct of the function, which I am interested in.

A lot of things in my studio used to be functioning things. This rainbow was made for photographs, it was a remake of this rainbow which used to be put on cameras to fake a rainbow. These purple photos are off the Kinect device for Xbox. The Kinect is like a 3D scanner, it shoots a cone of invisible infrared rays and that’s how it rendered space. I took an inferred camera and used the Kinect as a lighting device, so every dot you see there is the end of an infrared light. 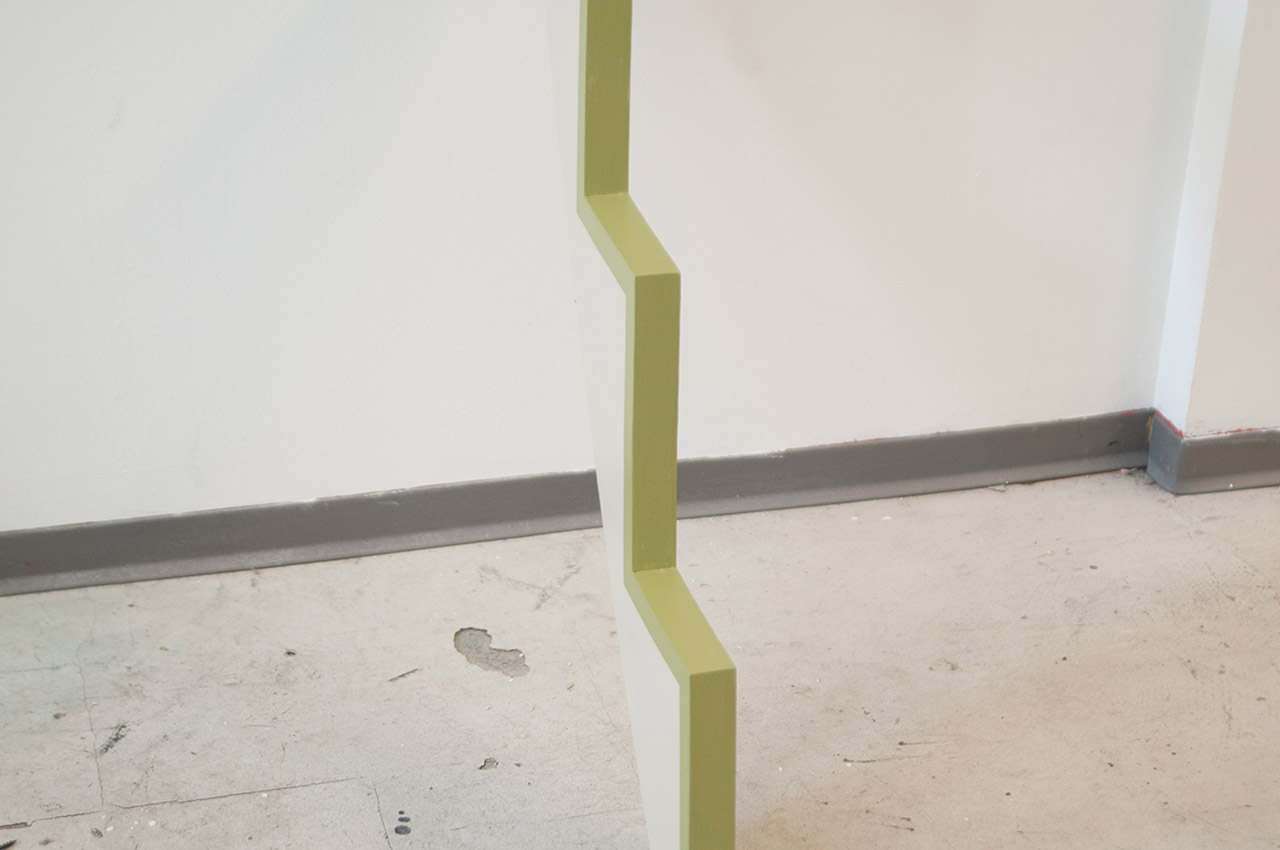 How does your barcode piece tie into a cult symbolism? Is it the cult of consumerism you are exploring?
It is about consumerism, but this is actually the barcode reader that you scan your IDs at The School of the Art Institute of Chicago (SAIC), so it is also like a pass into this closed-gated community. These ambiguities I am very much interested in because it is about merchandise, it is about people, it is about everything. It also very Masonic. It is very sci-fi. I was able to isolate the laser by putting white paper under the scanner. In order to see the laser I had to make an exposure that made the paper almost black. 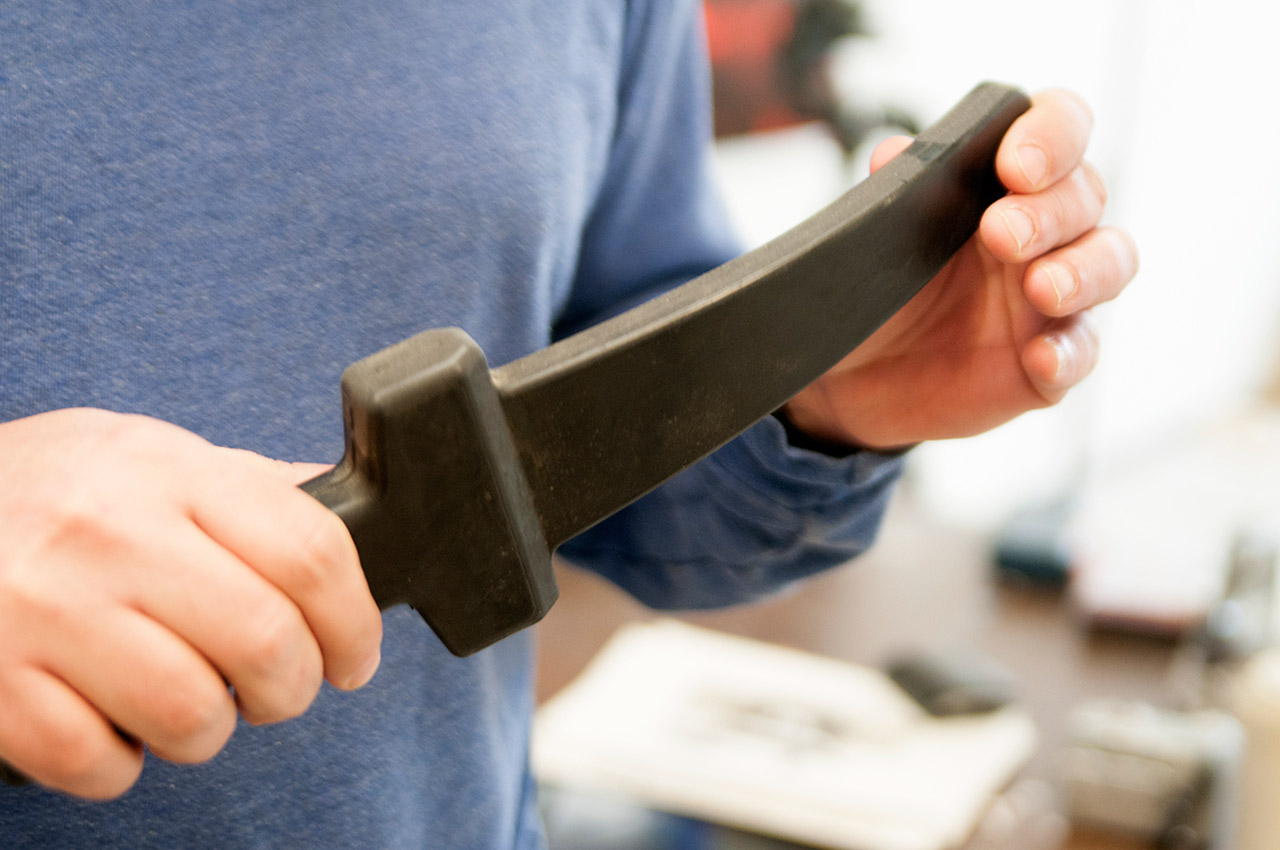 Do you have any objects in your studio that have stuck with you throughout your years?
That black dagger. It is a thing I found in Israel many years ago. It looks like a sex toy, but it is actually a decoy metal detector.

I wanted to ask you about your shopping cart series, are those carts posed, or ones you had found?
They are all found because the price of metal was so high that people were actually working with these carts and filling them up. They would start at eight o’clock in the morning and have their routes and by noon they would sell it. I got to know many of the people through the process. I asked them to photograph their carts. I placed the cart in relation to the sun so I could get a good shadow and then I would just cut it out on the computer and reconstruct the shadow. 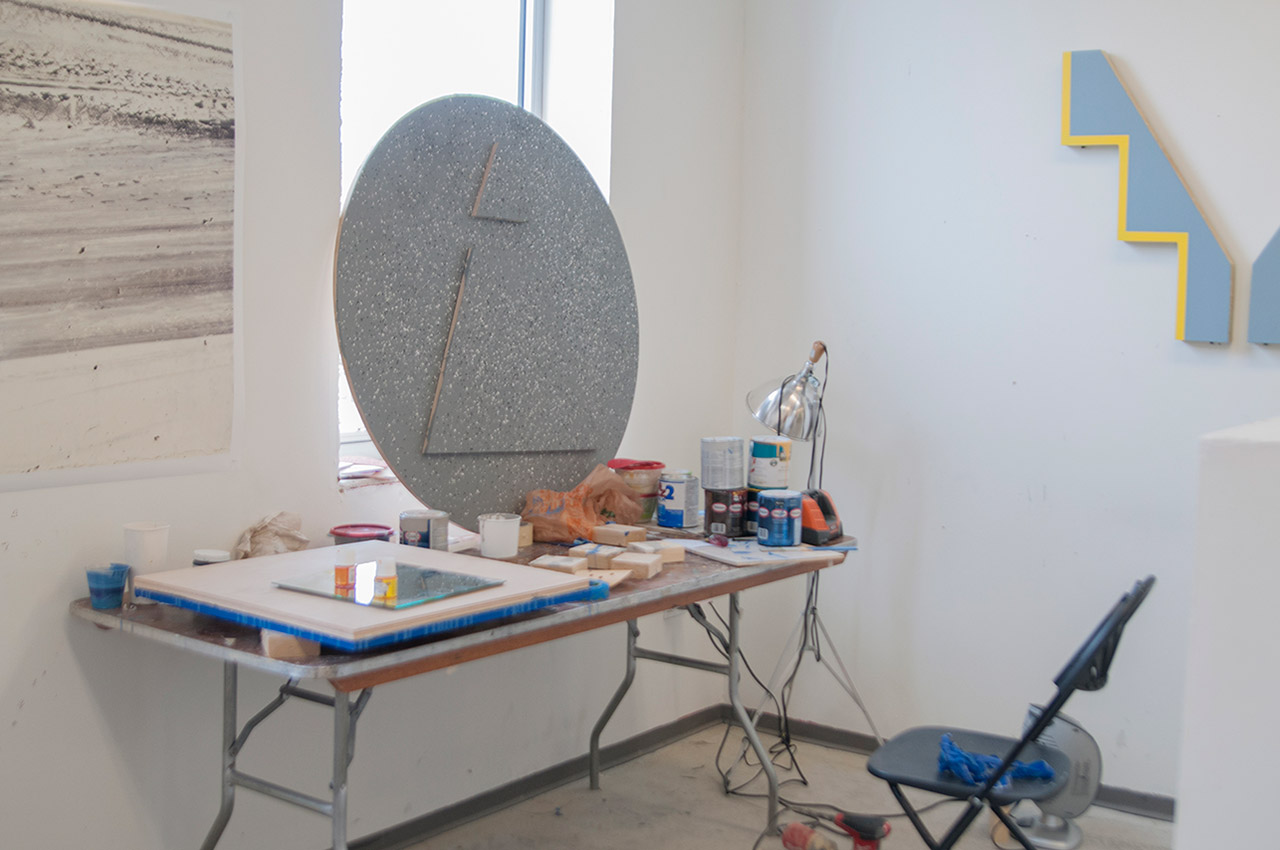 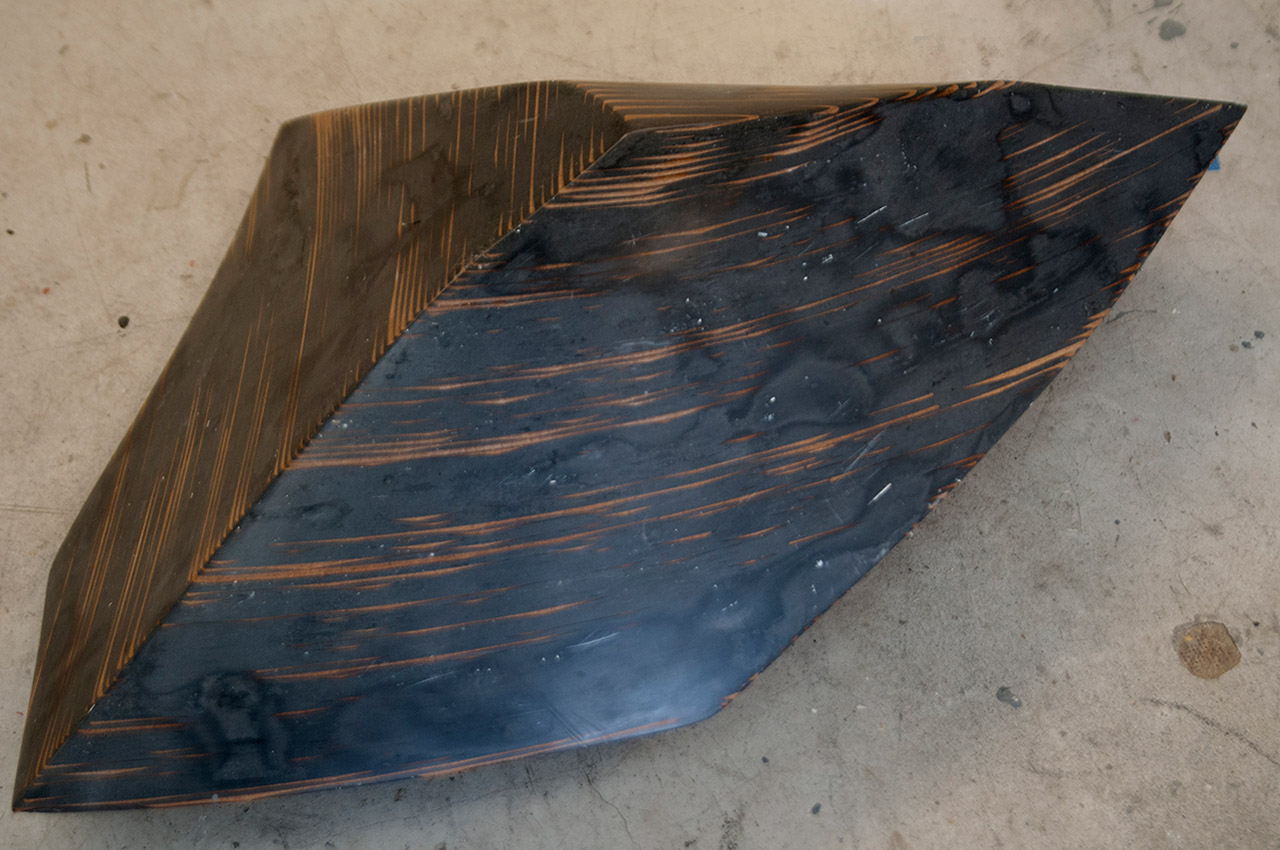 Those seem very photojournalistic.
Everything is personal. There is always an index. I am very much interested in working with exteriority, not all interior. Not the artist in the studio, sitting there day and night and having these revelations of the sublime.

Are there places you like to go to for that exteriority in Chicago?
No, not yet. But there are interesting places you find by surprise. I really like the part of Chicago Avenue right before you get to Oak Park. There are a whole bunch of DIY churches there, every storefront became a church. I really like the aesthetics, or how they signify that. I like the glass bricks and how they use light.