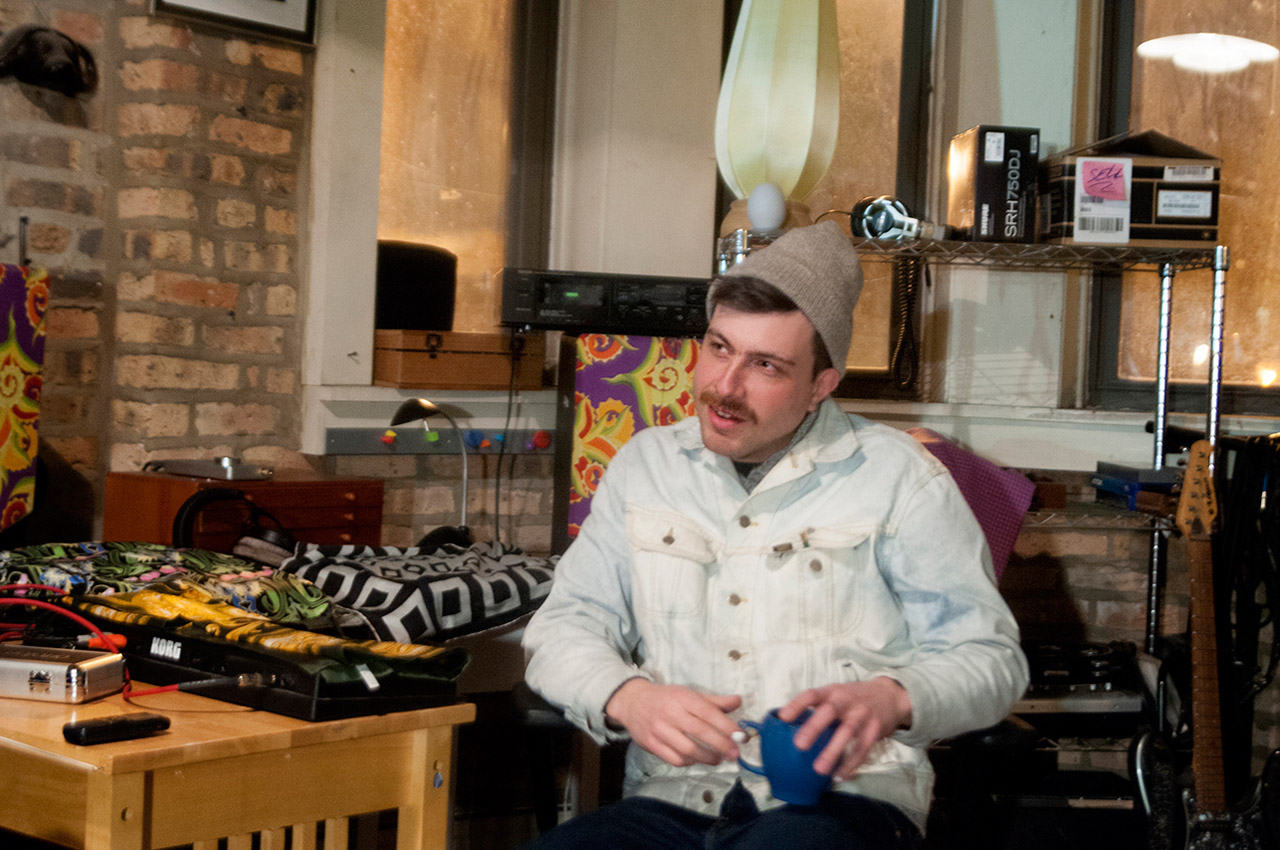 Ben is an artist and DJ living in Humboldt Park—the same home in which he first began hosting parties adorned by the colorful objects that now live within the realm of Total Therapy at Berlin Nightclub. Ben curates late night experiences, creating environments both visually and audibly.

I\W: Were the structures you create for Total Therapy always collaborations?
BM: Total Therapy is unique because it is the four of us working together. It is about me bringing what I do to the three of them, because they had already been working together before I started working with them. There is Zain Curtis, Claire Van Eijk (who is sort of the hostess and helps with the booking) and Jimmy (who goes by VirutalBrat) who does the video projections that we have at the parties. We don’t always make all of the stuff together, but when we do we try to do things that are on a level that we can all work on. That is how we ended up with the flowers and plants. Those are things that we could all figure out graphically together.

Do you feel that you all have a similar aesthetic?
Not necessarily. Their aesthetic is very similar. Their stuff is more about an internet presence. The graphics that go with the parties they have been throwing end up looking more like computer renderings. I decided to not go that route with my work. 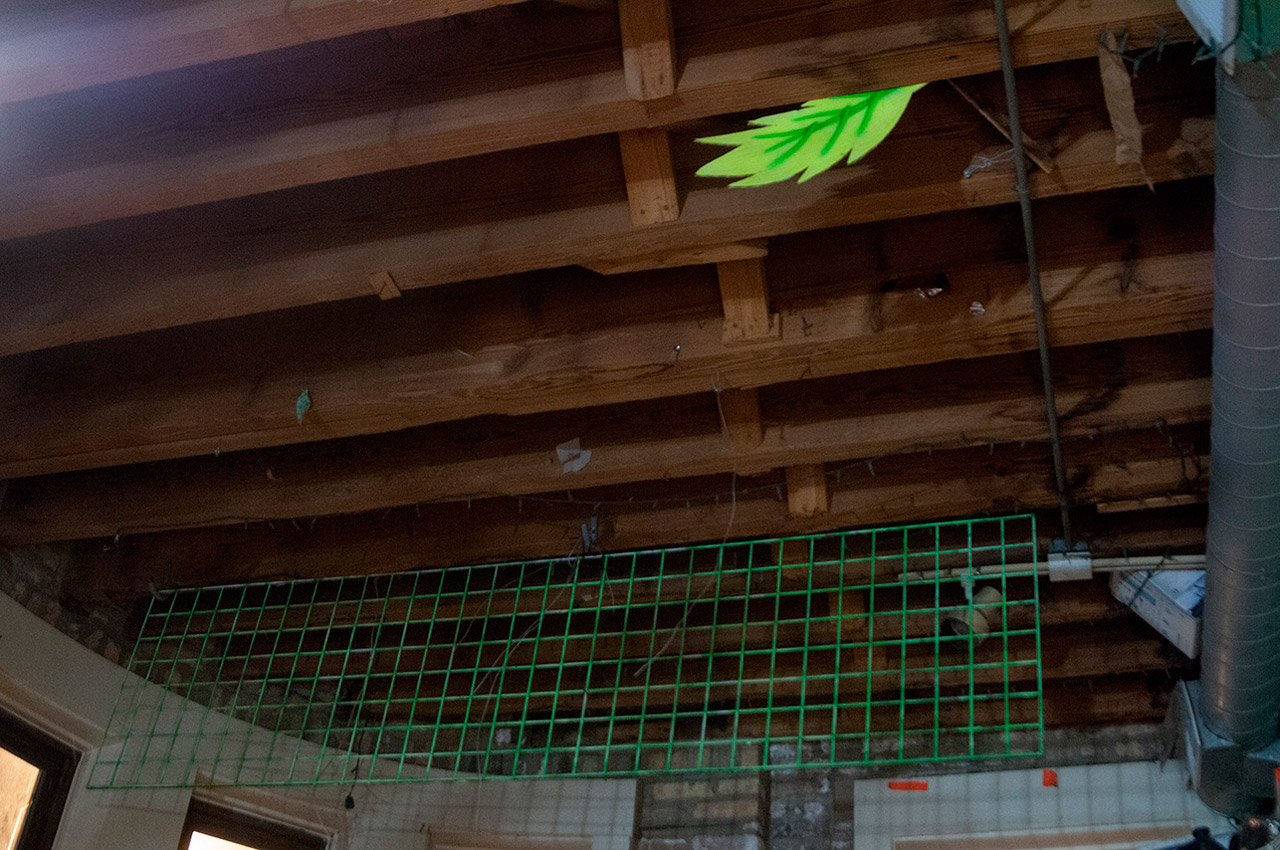 What is your individual aesthetic?
I think that I have just started to really embrace it last year. I tried a lot of different things for a long time. I like to take what other people say my aesthetic is and use that as the way to describe it. I feel that if I call it a really specific thing it diminishes it, or makes it an equation that is somehow repeatable. My aesthetic tends to be easier to describe with music for me. It’s a way to escape answering the question because music speaks for itself. 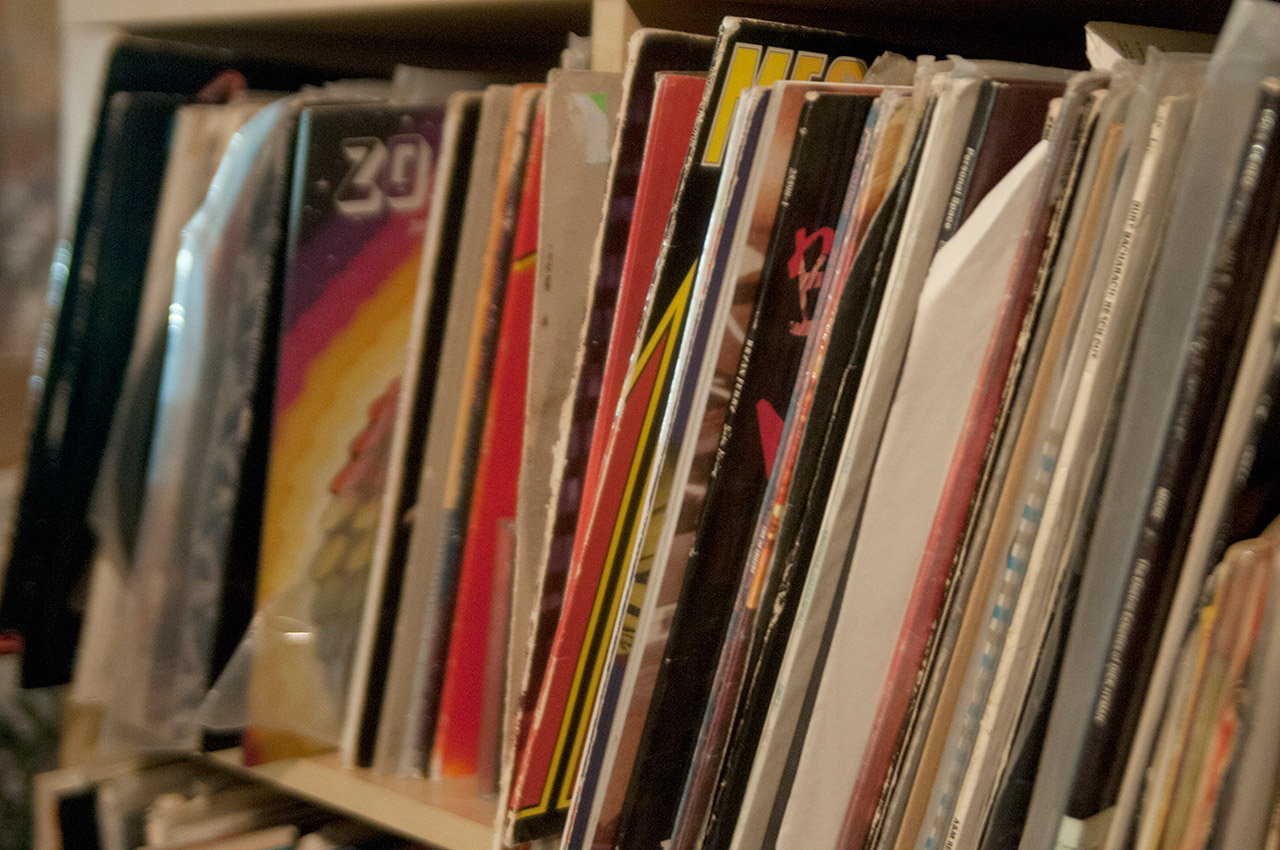 What are you trying to express to your audience through the work you make for parties?
There is something about making art for parties that informs my personal practice. That way of communicating, which is pretty direct. I want the audience to feel a certain way which is really obvious—not abstract. I think of it like an abstract feeling that is spoken directly. It is a layered feeling, but you are saying it with one image. Every time I make a new piece I am rearranging that idea. There is a certain clarity that I really want to happen with looking at an image, but that doesn’t mean that is being redundant or dogmatic. It’s taking the roundabout way of saying something that is very obvious. I think that gives the audience or viewer a little more credit. It says that you know this feeling already, so I don’t have to act like I am the first person to say it. For me it’s more refreshing that way because it is saying that we are all in on a joke.

It’s wanting stuff to be fun, but fun doesn’t have to be stupid. When you are really enjoying yourself, it is a deep experience—it’s enriching. I find it hard to engage with stuff that is too reduced, empty, or cerebral. 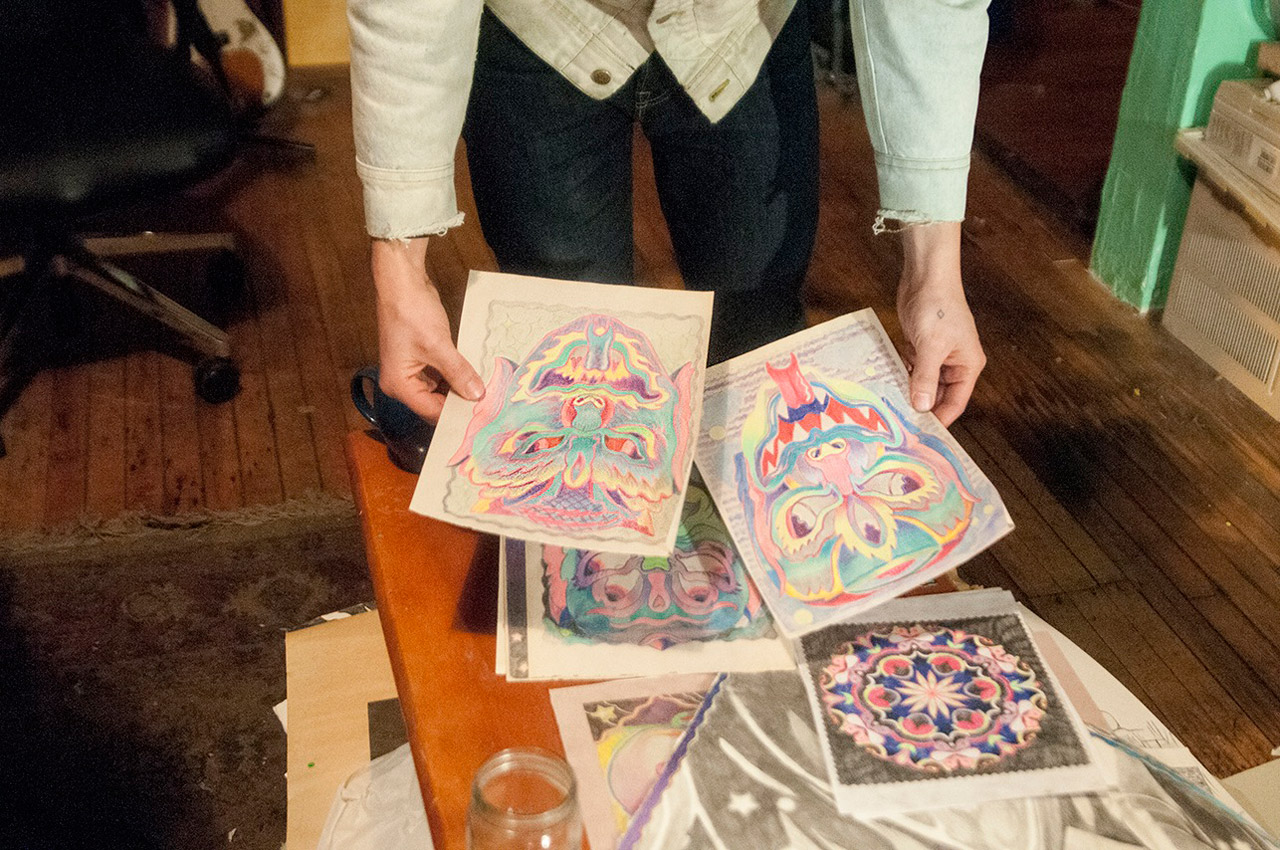 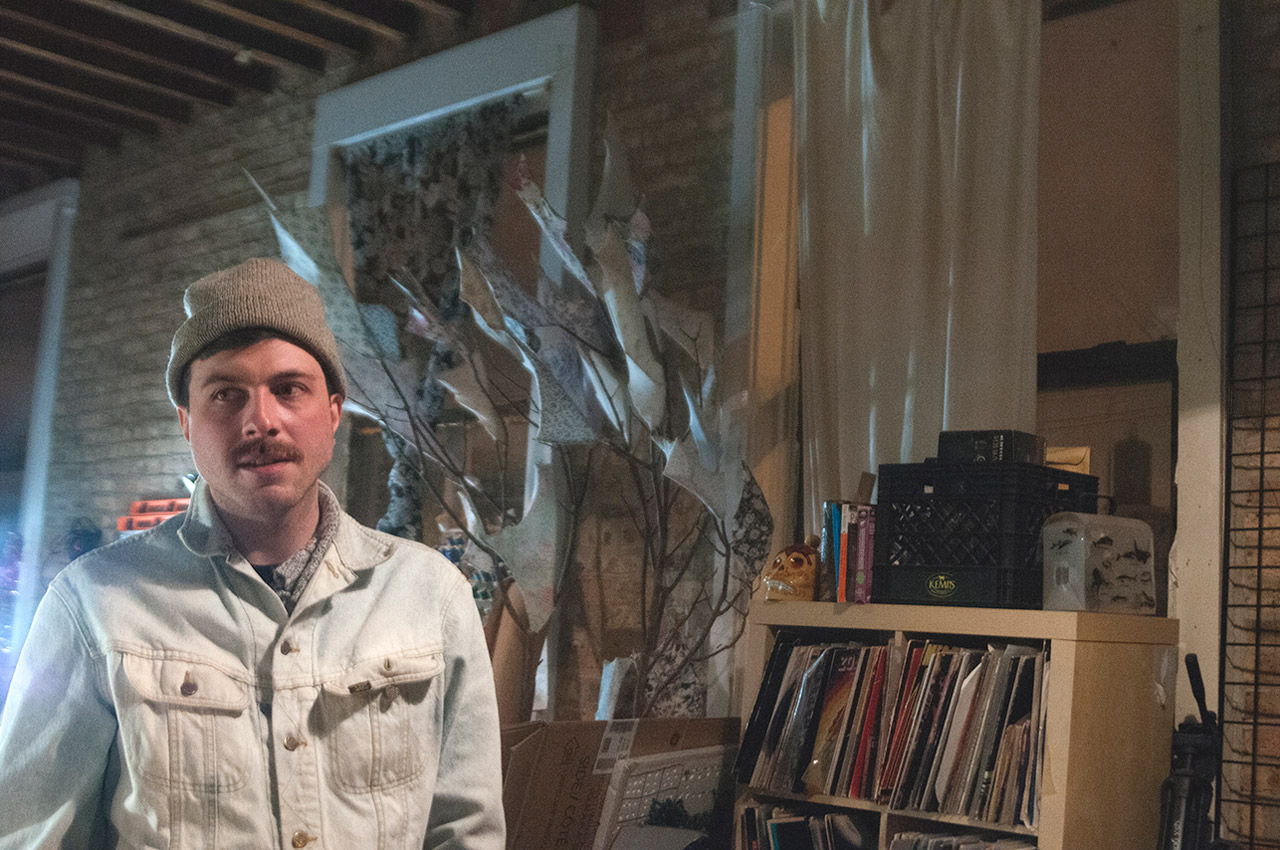 Do you view your party work and your personal work differently?
The party stuff is even more about a big group of people that aren’t there to pick apart a narrative. I think about it like sticker sheets—like decorating a folder. It’s something to chew on for people visually. A lot of it came from trying to give the music a context to exist in, so people would get into it more because the environment is constantly pushing you back in.

I like comics because they can sit on a table and be within a mix of other objects that somebody made. I like that willingness to be a part of people’s lives, instead of being removed from it.

Explain the characters’ motivations in your comics.
It’s about the fantasy of high technology and capitalism. The fantasy of power through capital. It’s important to me to talk about tinkering with the design of reality. The ’80s businessman look is the part of our culture. All of the things that character is obsessed with, like time. I think everyone is obsessed with time. Those guys are really bound to it, they are the most extreme way I could talk about the subject. It is still relatable, but funny. Instead of saying, ‘Stop stressing yourself out, time is subjective.’ I am taking the feeling that is the opposite of that and pushing it even more to celebrate it. I am highlighting the opposite so the truth becomes obvious. 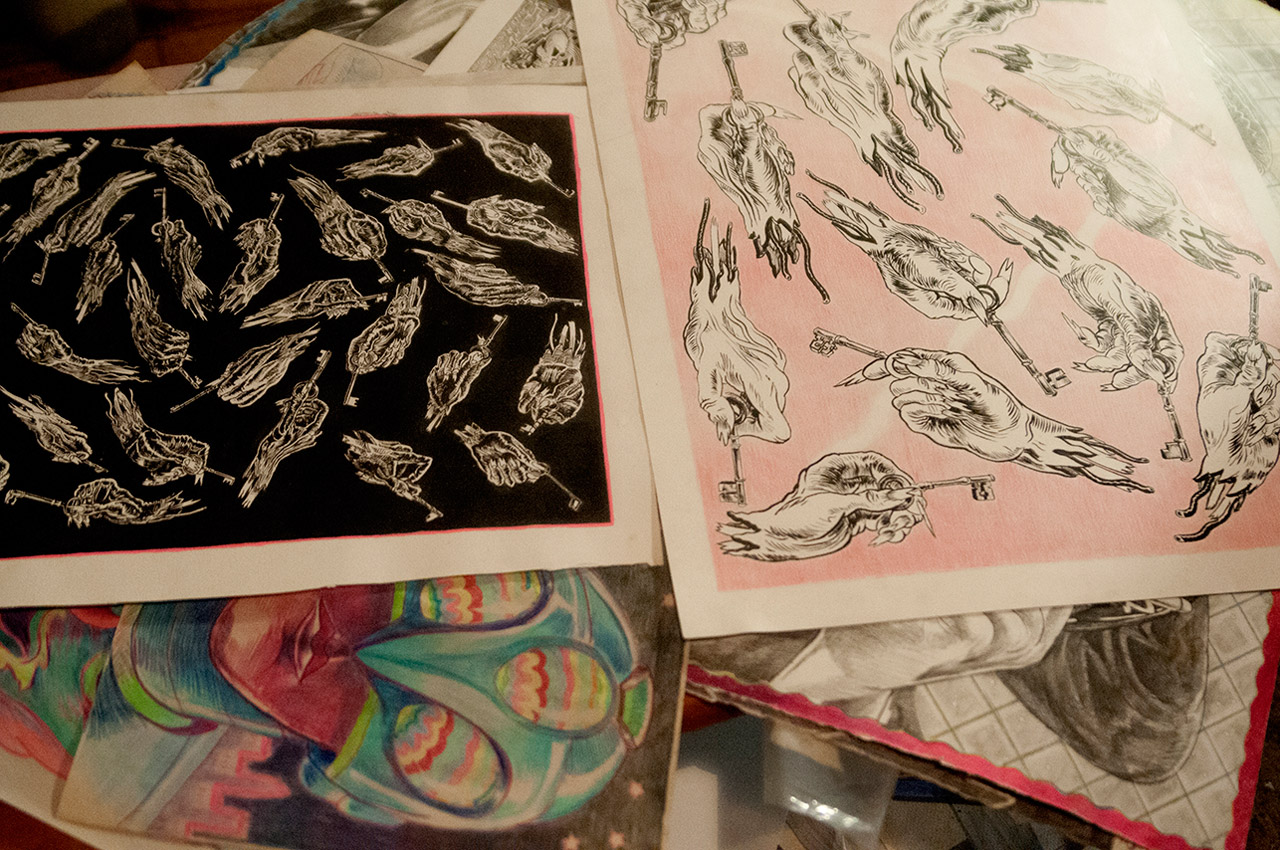 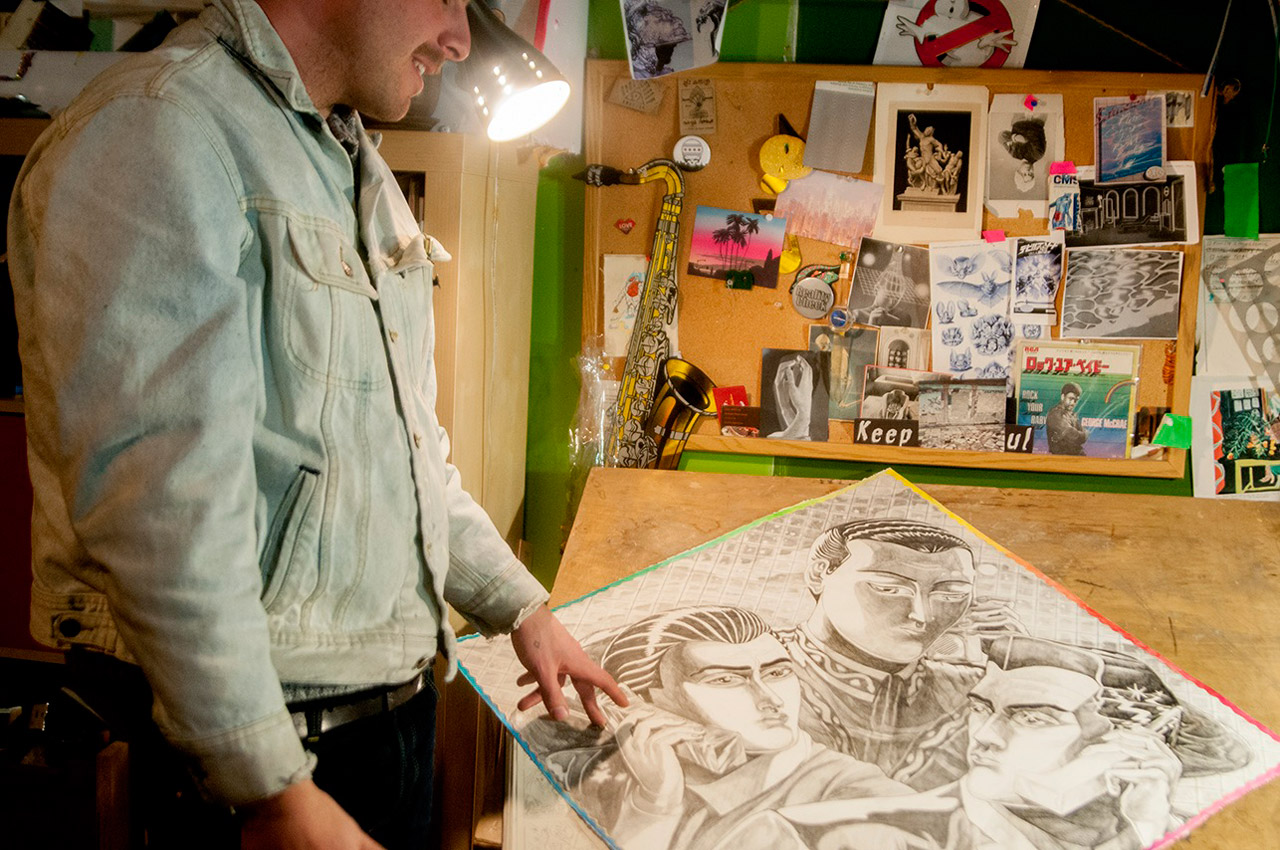 Where do you get the visual influences for your characters?
I previously didn’t really know how to draw the human face, but at the beginning of 2013 I got really interested in it. It was like I had never seen a face before that point—I was starting to look for something. I found it really fascinating how nuanced the shadows were around people’s eyes, and trying to figure out what makes people look so beautiful to me. A lot of it was this line around the eyes and how the eyebrow turns down right around that line. I was just stunned by it. 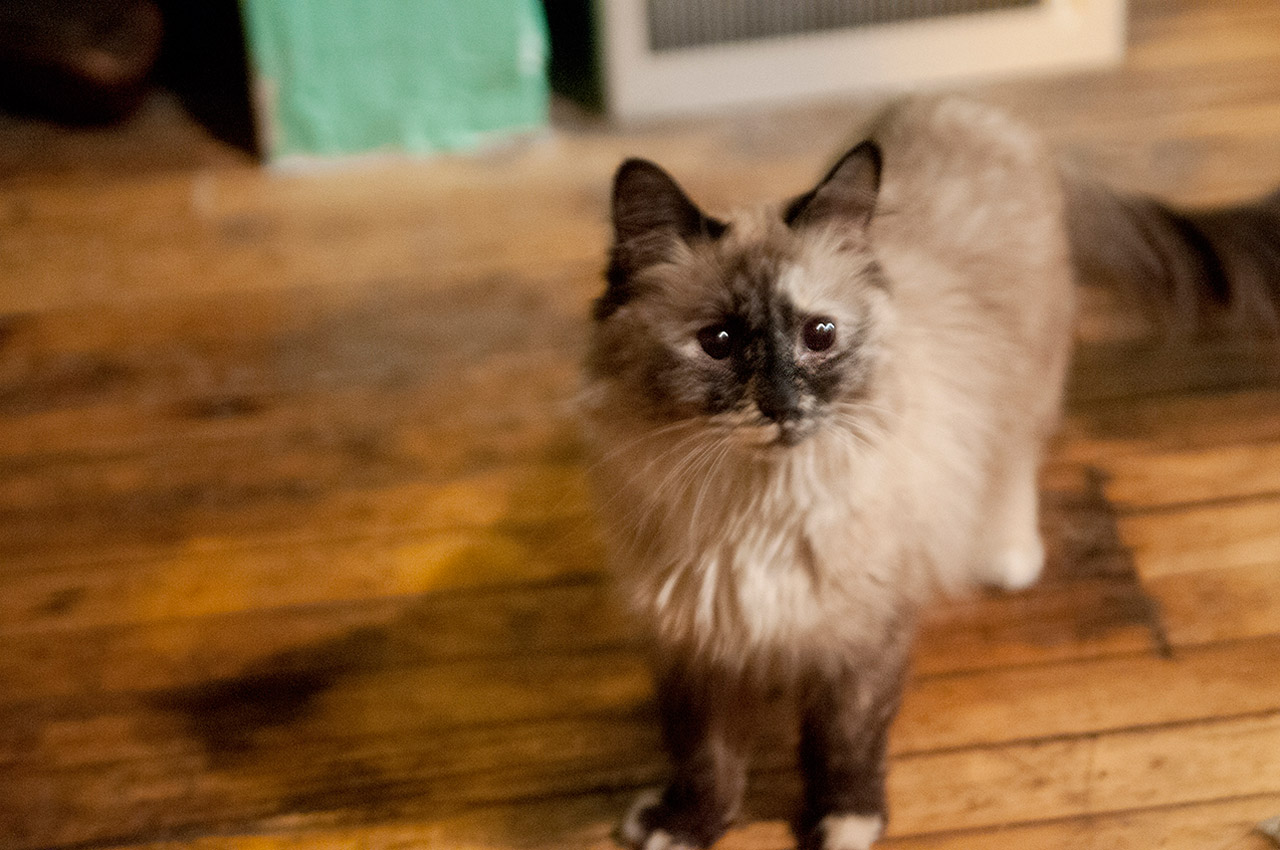 What kind of world do you want to transport you audience to?
A world where everything is OK.