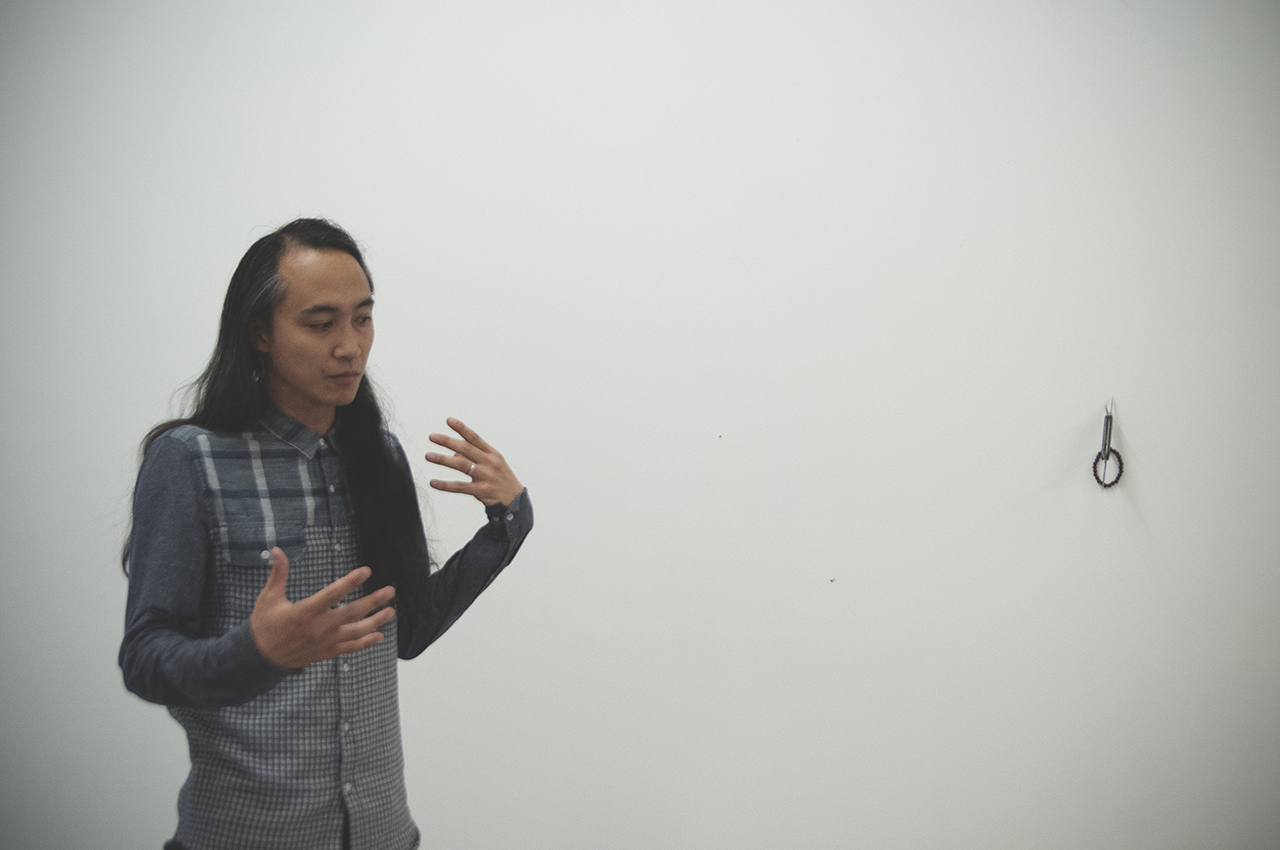 Recently moving his studio into Mana Contemporary, Brandon has created a 13-foot installation that serves as an artist’s self-portrait— a snapshot into his own practice through his performance within the work. Although the floor of his studio was installed against the wall, the inverted studio still acts as a functional space in which he produces work.

I\W: What was the impetus for your studio installation?
BA: Part of reasoning for the installation is specific to this studio because I don’t typically work in a white cube. I have always worked within my house, a cafe, in-between shows at spaces I’ve run, or in the particular space I am having a show. Within this installation I am attempting to figure out the specificity of what this particular studio at Mana Contemporary is about. Another part of it is taking stock of what I have, and then displaying it in this peculiar way. I have a weird thing with objects—meaning I like tossing things out. I have a storage unit of all my art from my past and I wanted to document and archive all the work. I have this quote that I look to from “The Life-Changing Magic of Tidying Up” by Marie Kondo that reads, “Being surrounded by things that spark joy make us happy.” The quote basically means you must assess what you have around you, and if it doesn’t spark joy, it is just a burden. 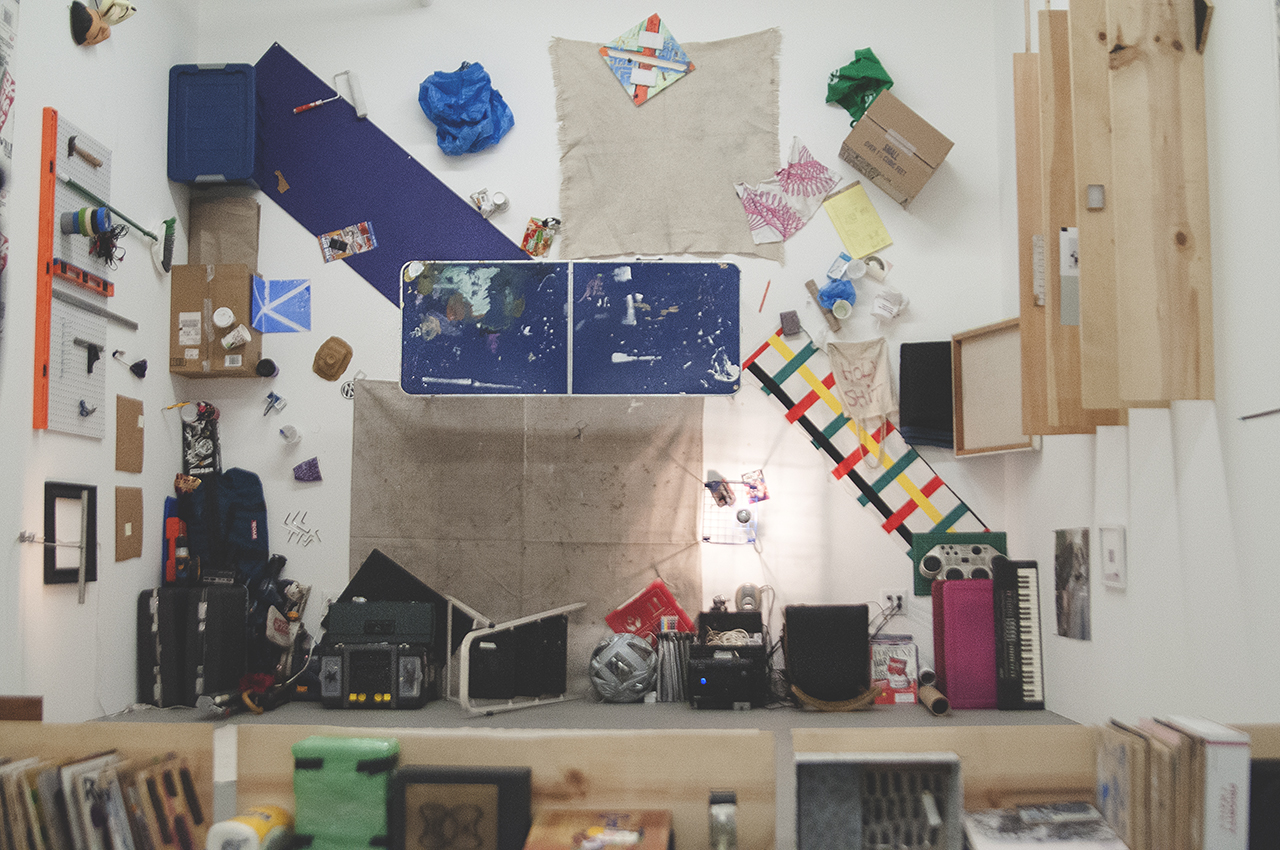 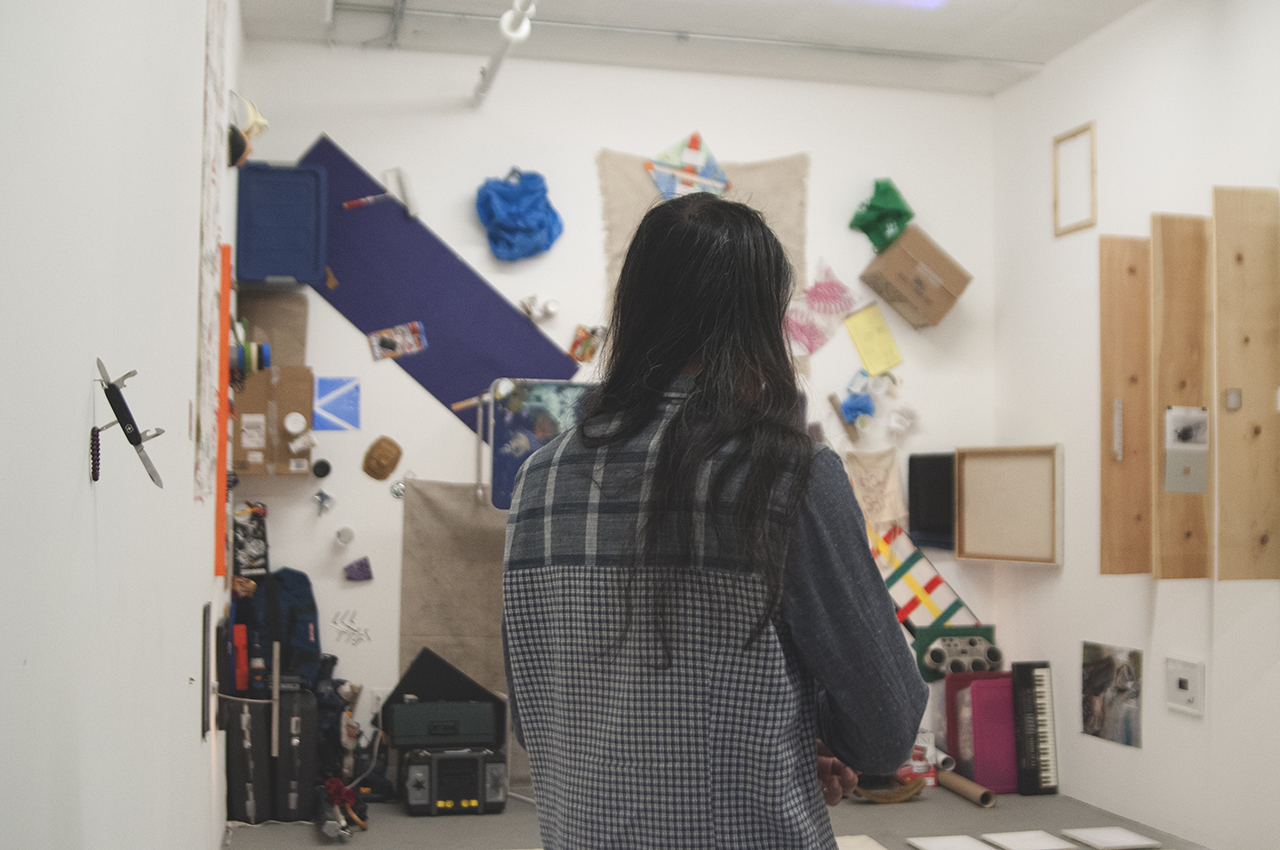 How is your current studio acting as both an installation and workspace?
All and all it has become this performance piece, which makes studio visits kind of weird. The first thought I had about this arrangement was when I knew there would be an open house at Mana. Everything in the space has been curated entirely about what it means to be in this space. It is fake but kind of real because I can come in and still use the objects. My work is born out of connections with people, so working out in the world is something I’m drawn to. So it has to be about real life so it manifests here as a kind of artist’s self-portrait. Making things is maybe something I have done for installs and other projects, but people often think of my practice as performance, organizing, and writing among other things. This installation is this meta-thing about trying to be an artist in the 21st century. Pulling an install like this together is pretty intuitive—at first just building up an illusion. There was one idea that sparked this and then everything else just cascaded off of that. 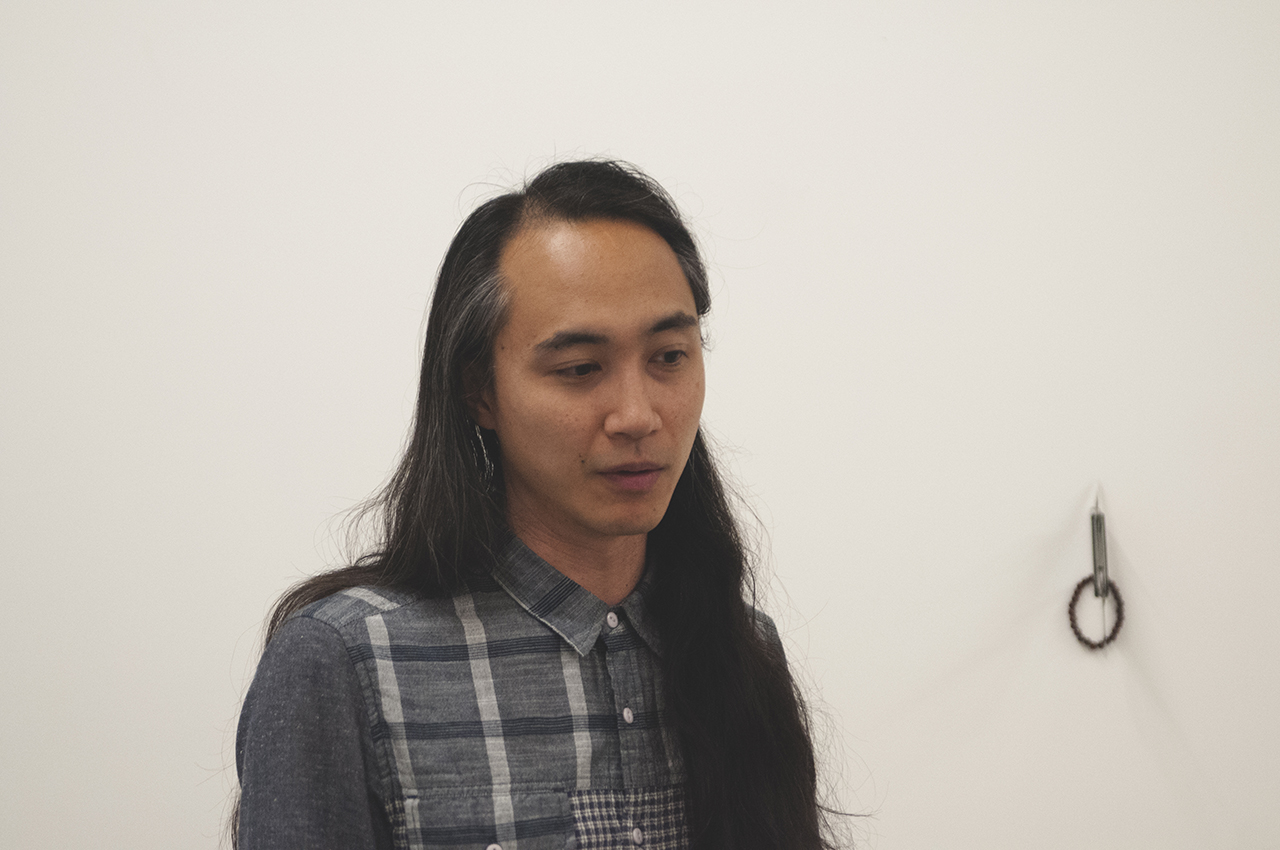 Although your studio is first an installation, you still consider the space functional?
Some of these things are just props, but a lot of what is in here is still usable. It’s formatted to be a 13’ cube, and takes into consideration all the contexts involved in a studio or a white cube space. A studio is a clear reflection of where your head’s at. That is to say, more than any individual artwork, body of work, or project the studio as a whole is the work. The performance of one’s practice and career is the medium of our time. It plays into the history and the future of what the studio space is about—the intangible atmosphere that is proposed there and where the magic happens, when we’re mostly sitting at our computers. I try to flip that in a way that is a clean gesture or research-driven critique of the clichés of art practices. With this, it is a parenthetical studio. You can enjoy it without knowledge of my practice. You can just look at is as it is. If you read into it you can see some art historical interests and inside jokes. I have no problem with an inside joke, you just must let the audience in at some angle. I like to be inclusive in a way, but not dumbed down. 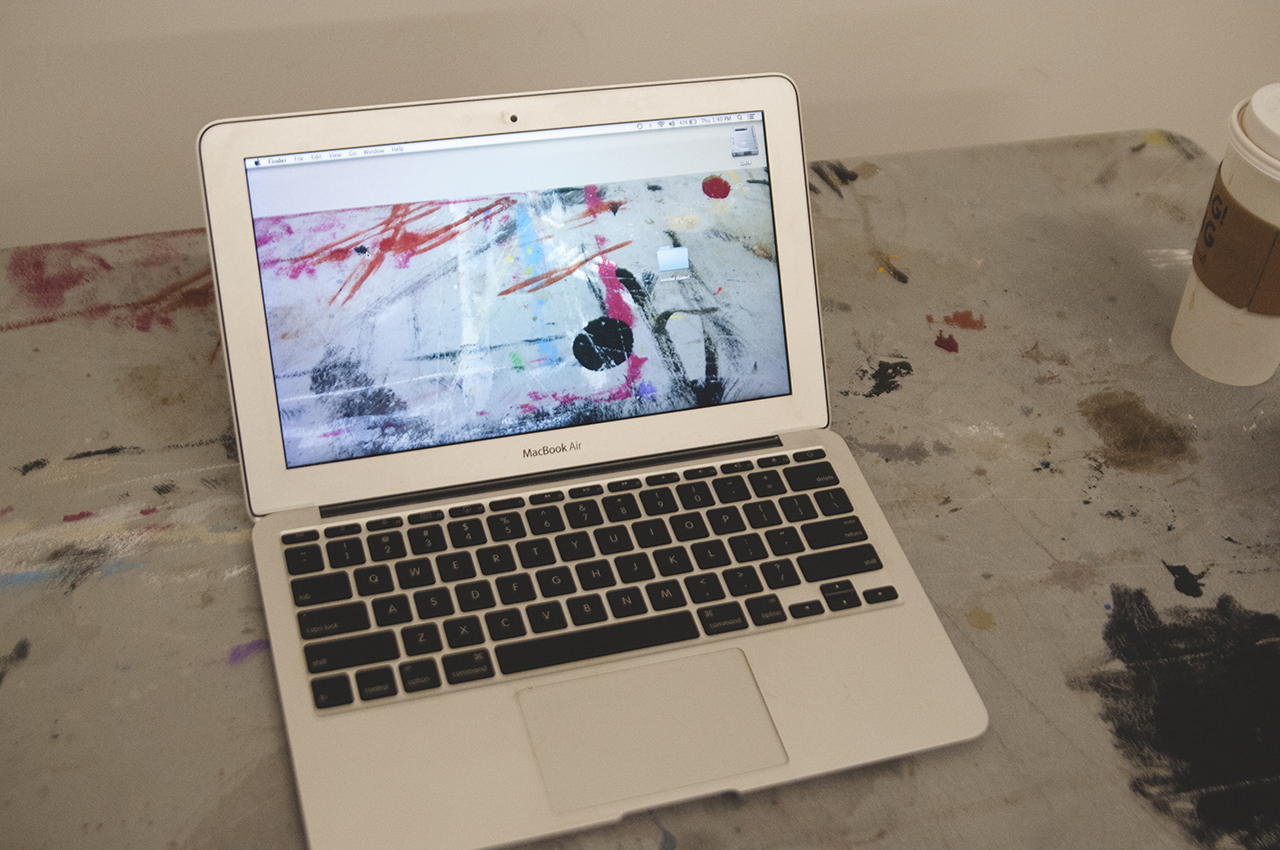 Do you feel as if your temporary studio explores the artist’s need for a studio?
It is a need versus a want. Some people need it because they have a want to make big paintings or big sculptures. However for me, I can basically adapt to any space. I am thinking about how one’s practice has different spaces in terms of legitimacy, authority, and institutional ties. No one curated this space. I didn’t have to jury—I paid for this. In a certain way this is a vanity project. The answer to thinking about what a space is—it is this zone of encounters. You are dealing with networks and connections with others, so there is an intervention in this way. 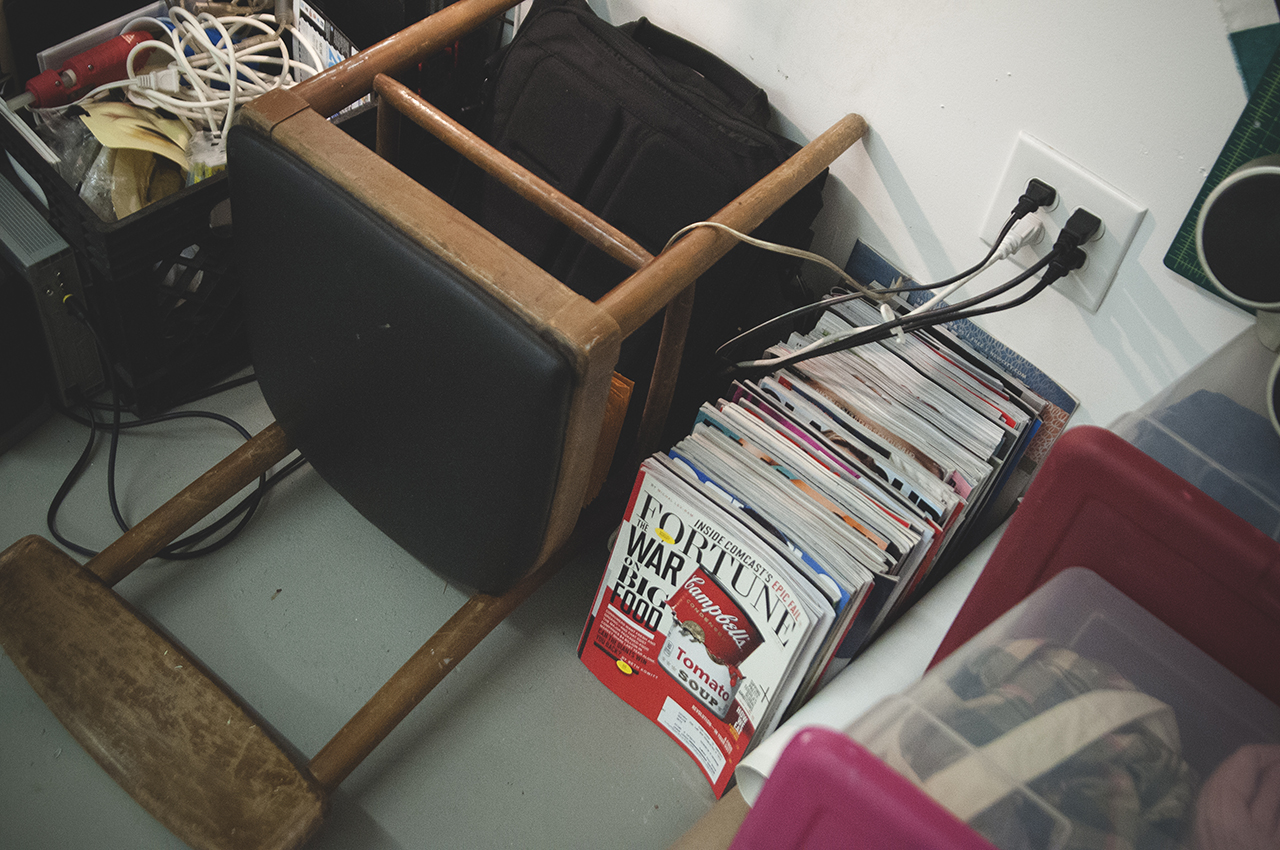 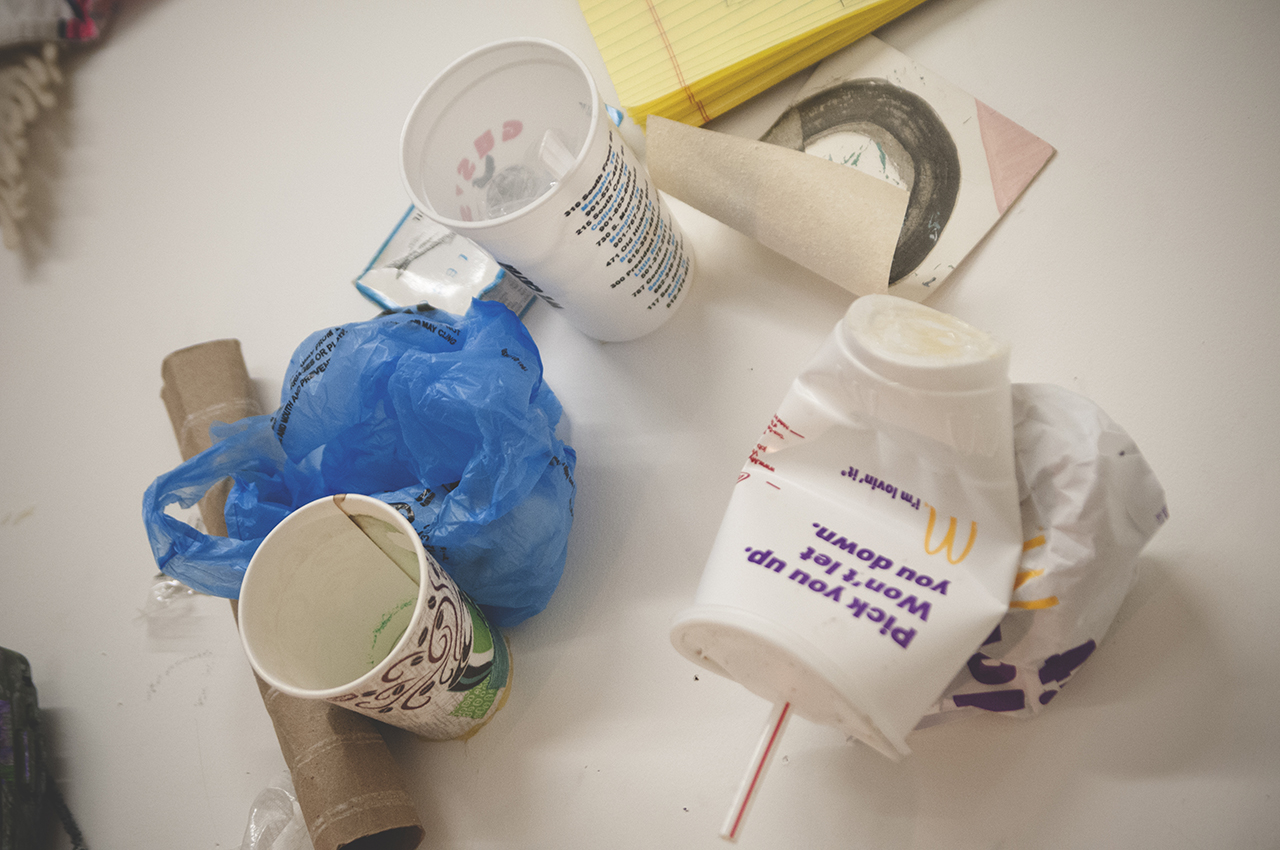 Do you feel like that transience of space goes into a lot of aspects of your projects and spaces? (Such as The Storefront and Silver Galleon Press?)
I think about this a lot, why I never want to stay in one place. I take a lot of strolls and wander around a lot, which is good for my psychology. For The Storefront I never really had the website for it, and there was never really a lot of information about it. The reason for that, was for one thing, most everyone just

How do you view documentation of your practice? I have noticed you crowdsource a lot of your imagery you use associated with the work you have produced.
That’s what I kind of like about Instagram and social media. I can just pull images of my work off of others’ accounts. A bit of crowdsourcing goes into that. I am trying to be strategic about what’s happening in the moment. It’s hard to pitch to someone who doesn’t know my practice because they don’t see the specificity of what I am talking about with my work or performance. How the ideas travel is a big part of it. This particular installation will keep echoing through documentation online. Though I still prefer word-of-mouth as a mode of distribution. 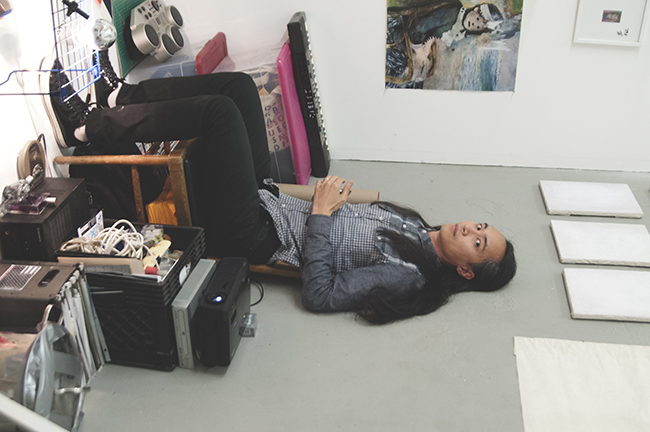 Would you consider your practice a composite of disconnected projects?
Mostly my instinct lies in putting shows together. I think the idea of a project-based artist is what I mostly align with. Reading things like Lane Relyea’s “Your Everyday Art World” and Martha Rosler’s “The Culture Class” about how cultural production has changed in the 21st century from art practices to individual projects interests me. I think about the idea that an artist goes into their studio and they make incremental changes daily. I fantasize about being able to do that because I am not very good with solitude. So I end up with a writing practice that is a tortuous masochistic thing at odds with being out in the world, but when it comes together it is very satisfying. The idea of a proper studio seems like a job, but for me it is always freelance and very stressful. However that seems like what people are seeing now as the cultural norm. So many of us are in that position. We are the new class of ‘yuccies’… shit. 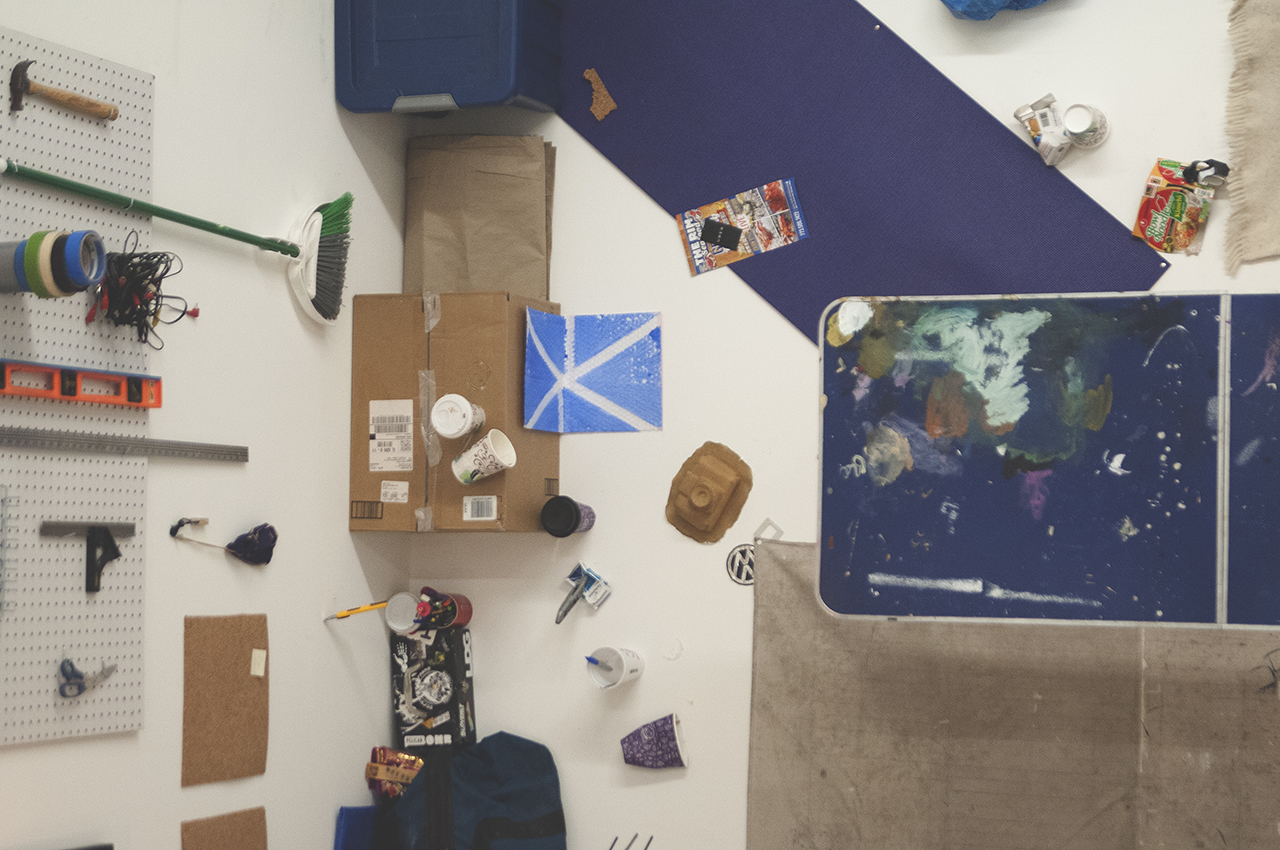 What’s the next project on the radar?
I have a new project that has a series of shows associated with it. The first show is going to open at Threewalls in November, then travels to New Orleans, Philadelphia, and the Bay Area over the next year. It’s all connected to a nomadic publication I’m launching called ATLAS DRIFT and it will be online and in print. The project travels around to research and profile the different artist-run scenes around North America. In the gallery context each issue release will have an exhibition and events associated with it. The show at Threewalls, called The Great Good Place, is a group of exhibitions within an exhibition. We’re researching Chicago curators that we are looking to collaborate with. My role as the curator curating these curators is to make selections, but to also design and build structures for them to work within. The idea is to create architectural situations for the curators to put work into—rooms within rooms. It is a celebration of Chicago independent curating and artist-run spaces, which I feel has supported my world quite significantly over the years. 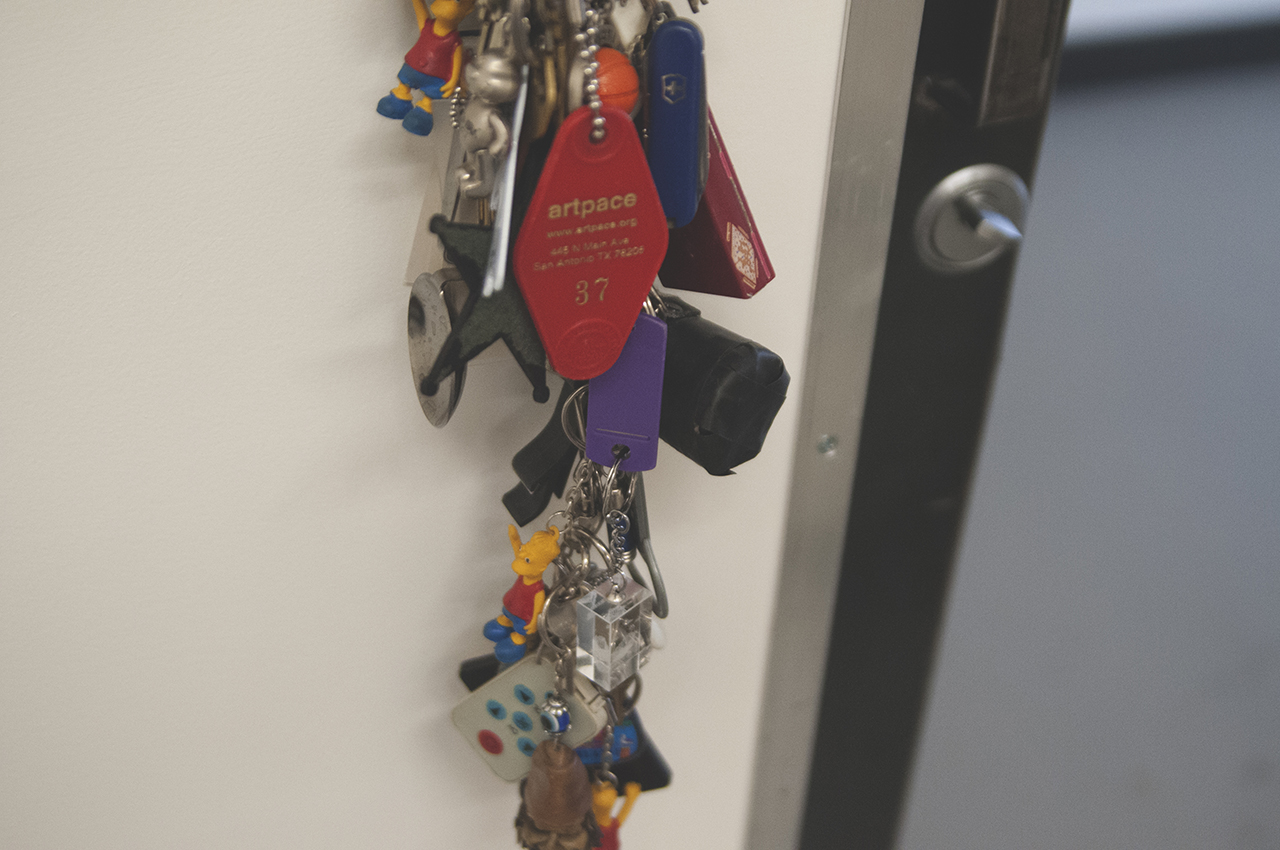