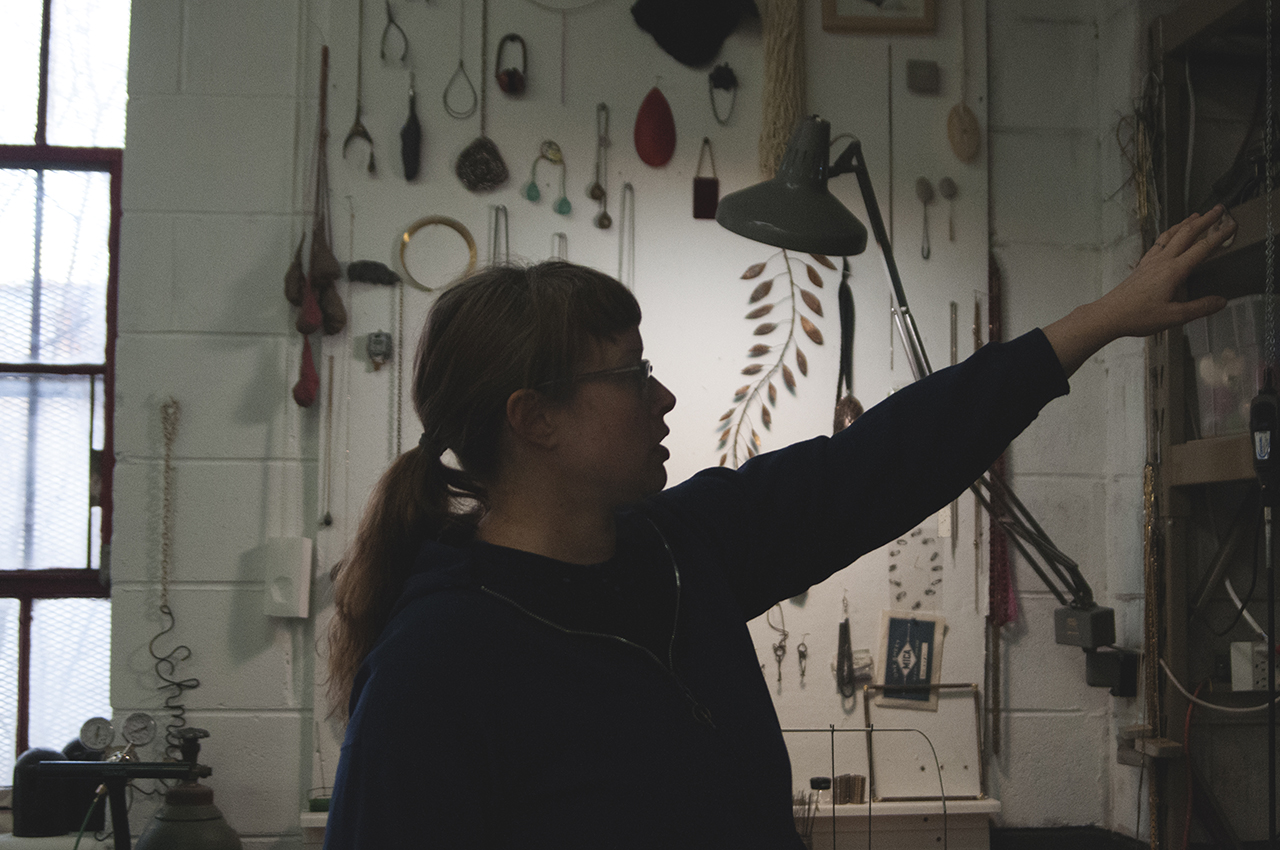 Utilizing her background in jewelry and metalwork, Laura’s sculptures are often focused on the armature which acts as a display for the smaller works she places delicately upon the structure. Balance for her is often found in twos, bringing opposites together in combinations of light and dark, gold and silver. Laura also focuses on the regenerative nature of the work she produces, constantly saving and refurbishing elements of her sculptures for future pieces.

I\W: Do you work first with found objects then create work that encapsulates those objects or vice versa?
LD: People often inquire about which objects I make and which I find. I usually point them to my materials list because within that you will see the things I made listed as the “raw ingredients” and things that I found actually listed as that object. Most of my sculptures are combination of both, I don’t really use the found objects as they are. I will usually alter the object in some way or combine it with something else. My background is in jewelry, so I often think about the structures that I create for the objects as a setting to prop it up or display it. Many times I won’t start with the objects, but rather a feeling. I keep thinking about wanting to push my art into the walls. It suggests a sort of aggression which I like, pointing towards the physicality of sculpture and the gravity of it. 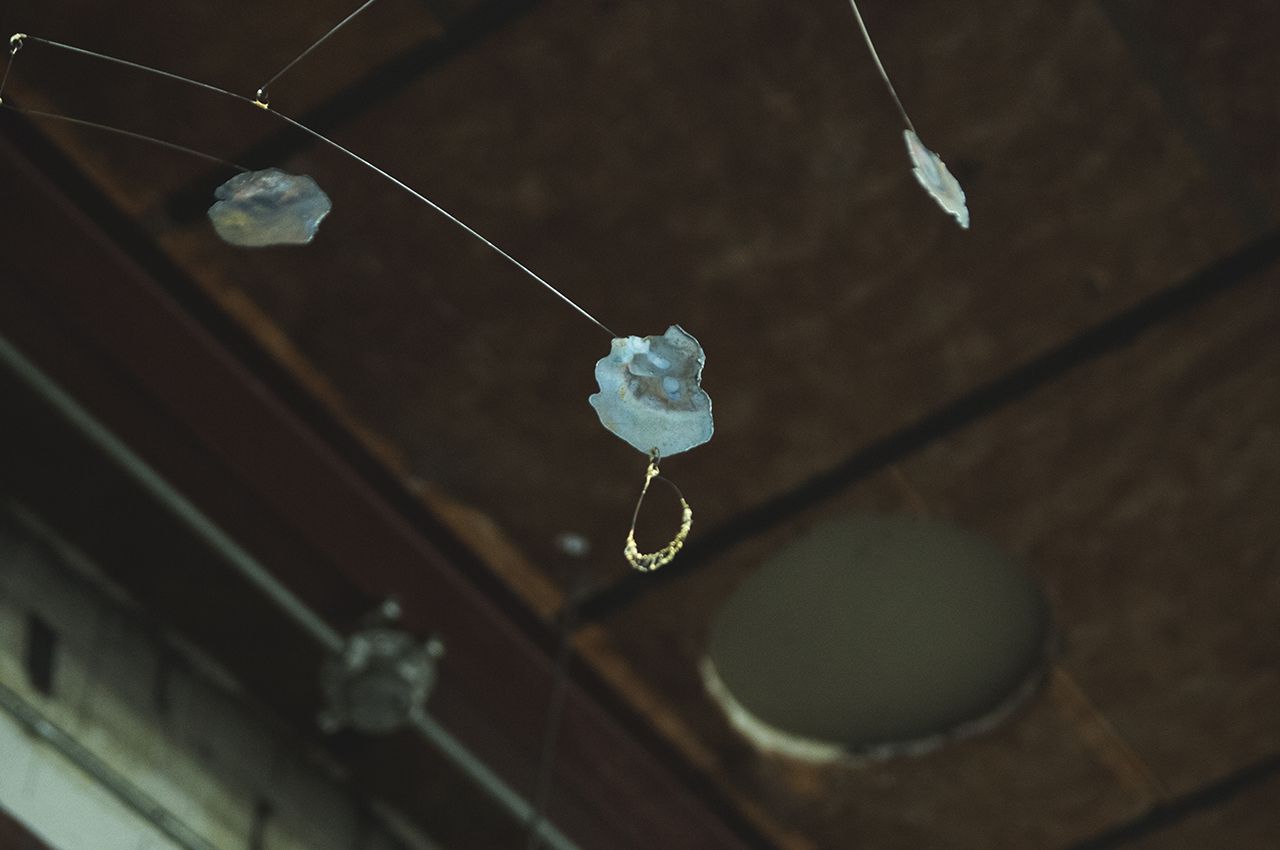 How do you view the temporality of your sculptures?
The longevity of sculpture is something I think a lot about. When you don’t really have gallery representation and you don’t really sell work, what do you do with all of the stuff you create? I have enveloped this aspect into my practice. Things stick around for a certain amount of time and then if I lose interest in them or it seems like they are not going to show again, I will start to reuse the parts. That is one of the reasons I like working with metal. You can kind of indefinitely reuse the parts. My storage shelves have become a library of objects. If I know what type of shape or content I am looking for I can usually find it within my studio from previous sculptures or unused material. 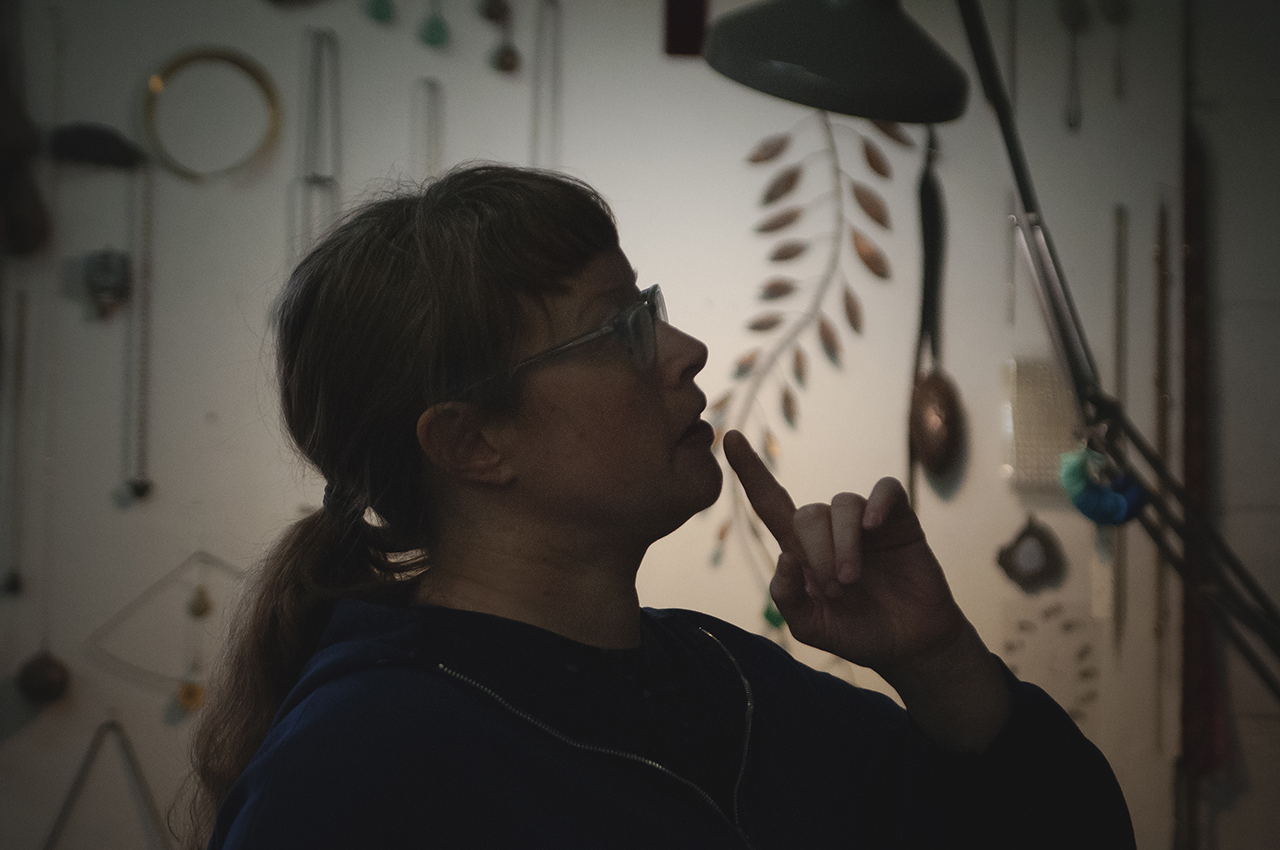 What is your attraction to both glasses and vessels? They seem to be incorporated in much of your sculptural work.
I did a whole series of barware at the Elmhurst Art Museum for my show there. There was a martini glass with cement in it, and in the Monique Meloche show I had a wine glass filled with a loofah sponge. They are like object poems. This idea comes out of the Dada tradition, and for me it all kind of goes back to Oppenheim’s Fur-Lined Teacup. It is not a huge sculptural gesture, it is a smaller gesture in an everyday thing that really interests me.

What do you consider the combination of all your smaller object poems to be?
I look at them like sentences that make up a chapter or book. Individually they might say something, but then when they are connected to something else, they complete a thought. The two together are either friends or enemies, but they need to be together. For some reason I really like working with opposites as a way to extend an idea. I just really like making one gold and one silver or one black and one white or one warm color and one cool color. Pairs often feel really complete to me. 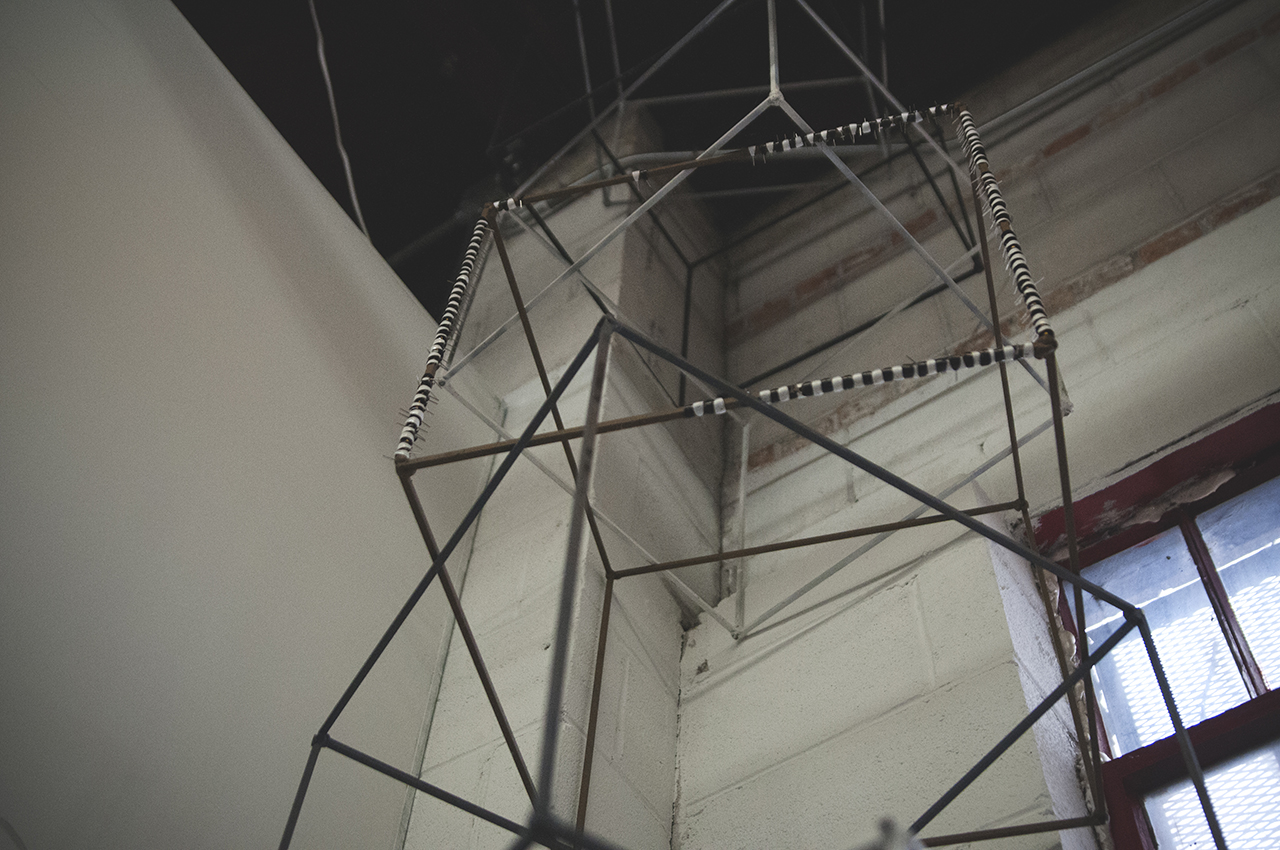 Do you feel like your works are like sets or stages?
I did feel that way at the Elmhurst show in particular. I wanted the house the exhibition was in to function again as a house, and I was researching the families that lived there previously. I found some family photos that were taken there that were very casual. There was an old woman on the phone, an old man reading the newspaper, a little boy on an exercise bike, and a German Shepard. I liked imaging the family dynamic and the kind of ghosting that happens in a space. I brought in an exercise bike and made a paper mache dog and found a pair of glasses that looked like the ones the woman had been wearing. I am not really interested in the actual story that happened there, but I am interested in creating a story that we can all relate to in some way. 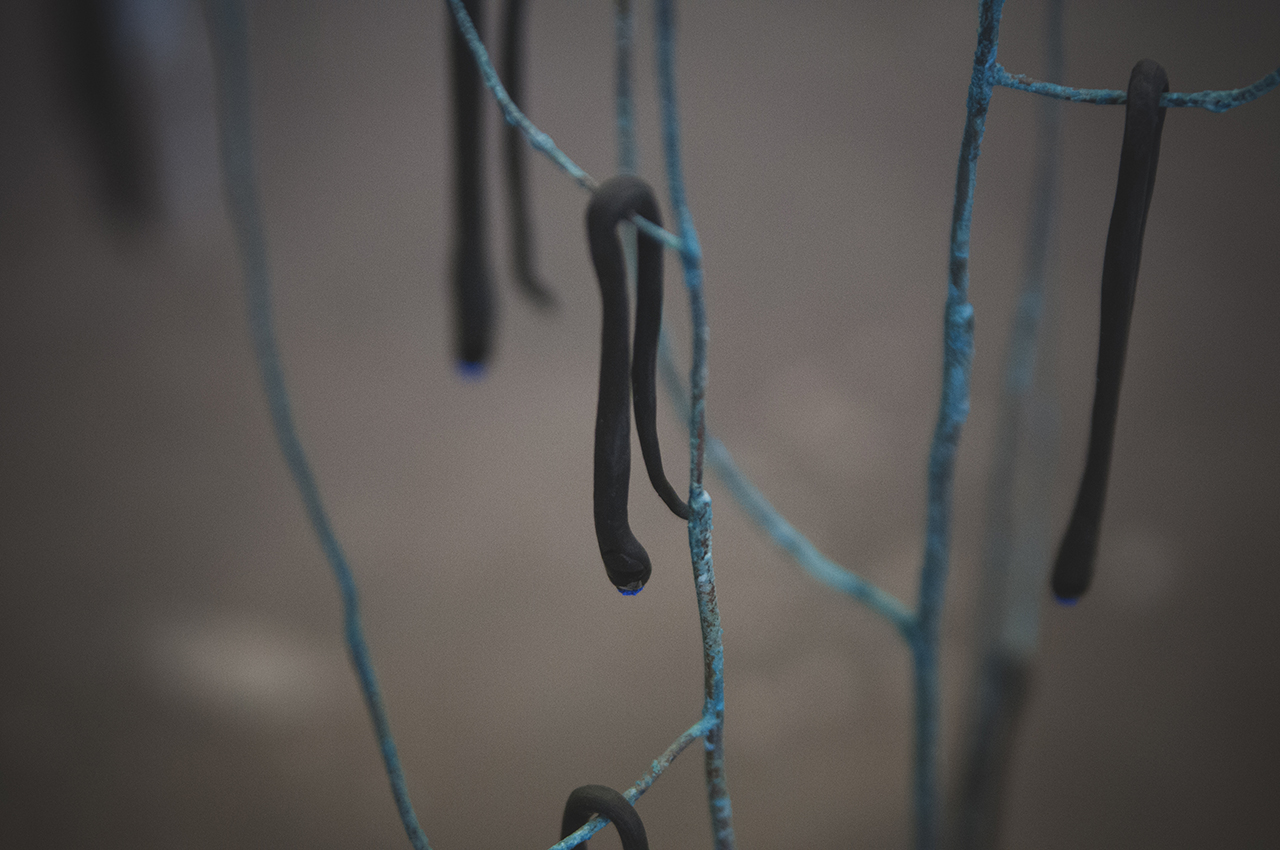 How do the arrangement of your objects influence their individual value or the sculpture as a whole’s value?
Often I will place objects together that cross lines of class and context. For example, in the studio the other day I kept putting a dirty rag balled up inside a cut crystal vase. I don’t know if it will become a piece or not, it needs something else, but I really like the contrast as well as the potential similarities which in this case are more narrative (someone cleaning the vase left the rag inside) rather than formal which is another mechanism I use to join disparate things together. Another side of this play is the fact that depending on how well known an artist is, the value of their work shifts. This is something I’ve been thinking a lot about lately. My husband is in the antiques business and a lot of times he will see values change. A lot of artists don’t like thinking about these types of things or talking about them, but I don’t find it antithetical to my interests. I accept my place as someone whose work may never have that kind of intrinsic value, and it is more interesting to me that way. It is something I think about that becomes subject matter as well. 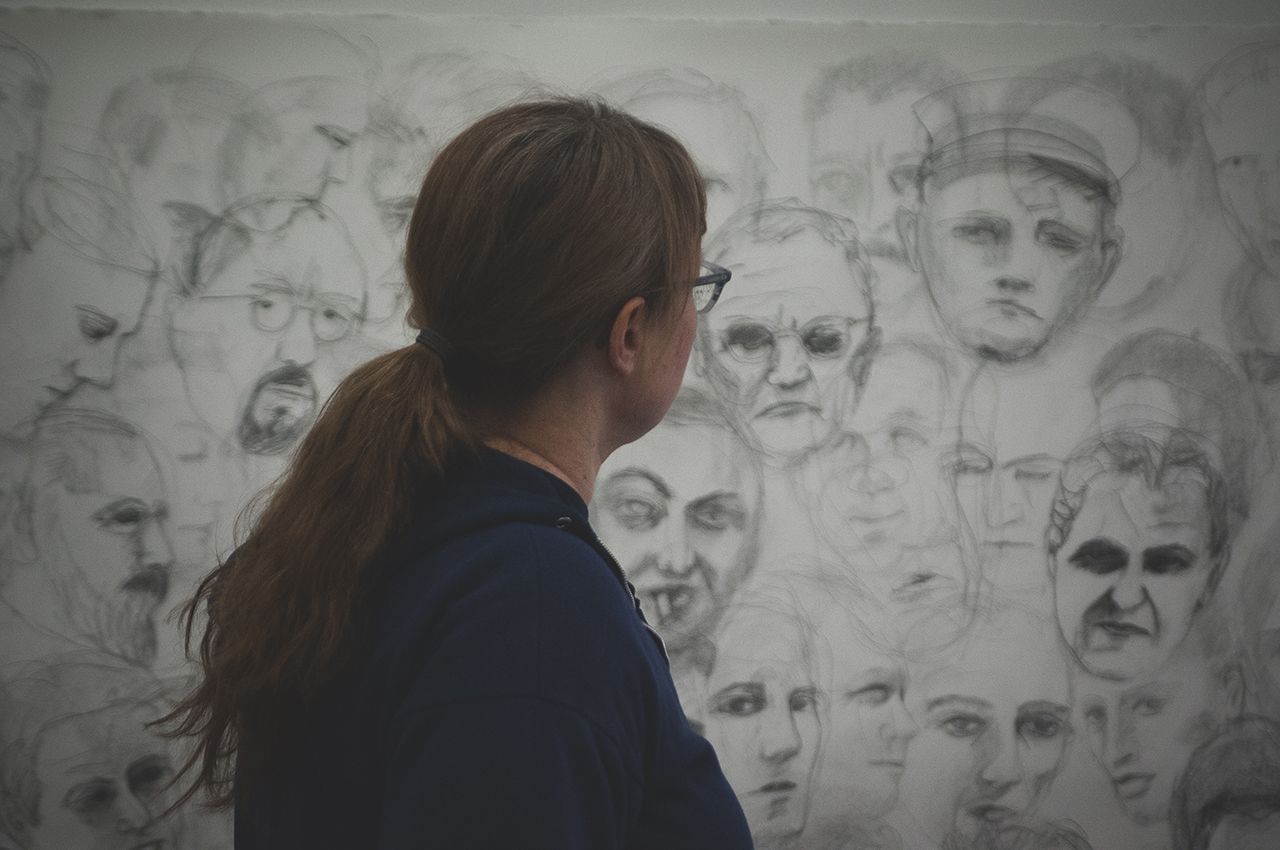 What does your drawing practice involve?
Soberscove Press recently published this pair of drawings I did as a double-sided poster. I never took a sculpture class, so I felt like there was a piece missing in my education. I gave myself an assignment to draw all the pictures in the book as a way of getting to know it. I just went through and drew every picture from the book and by the end of it the things that had happened before started getting obscured by the things that were happening later, which is kind of how it works. It was a really satisfying way for me to process images and think about them and also think about value and how things get obscured, and also how things get equaled. Who knows who some of the people were in that book, people go in and out of style. It is interesting to me how these things get layered. 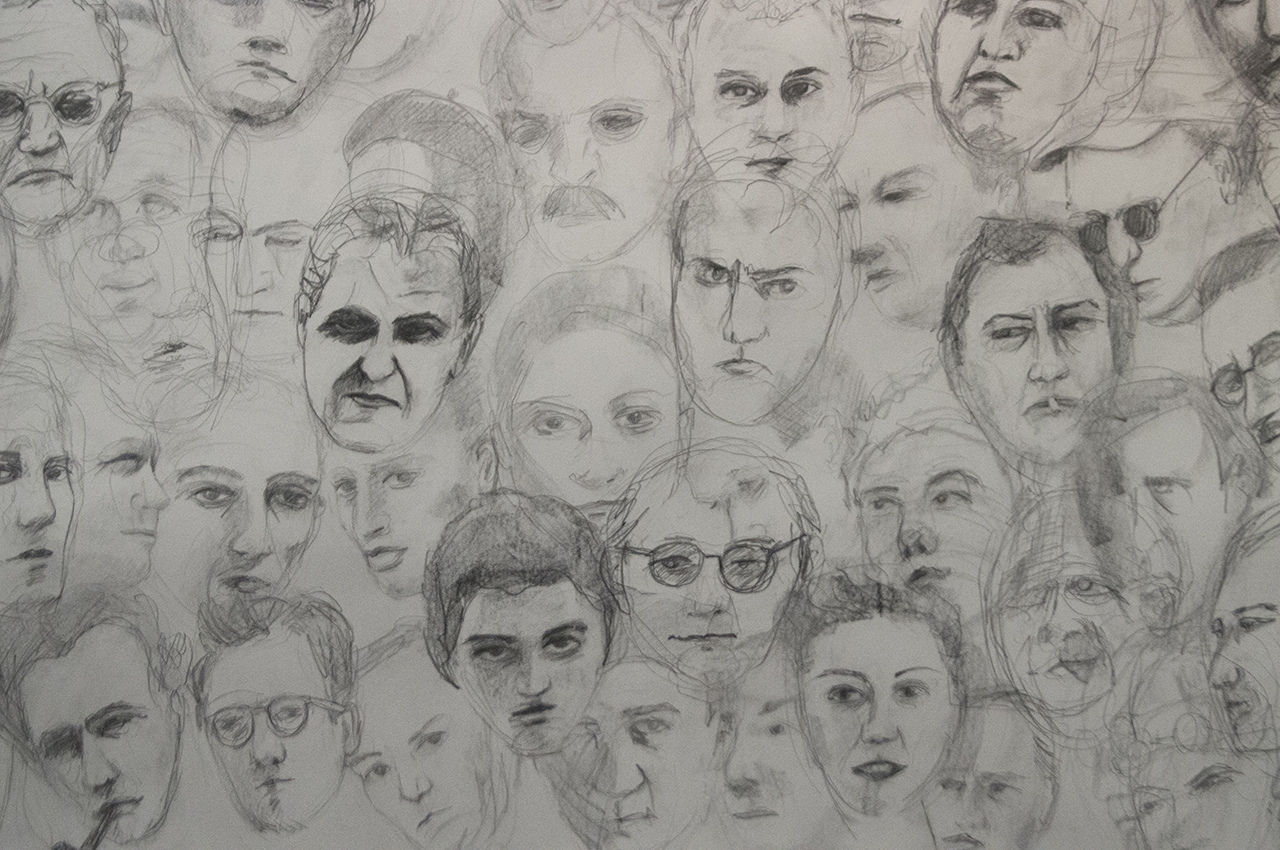 Does this act sculptural to you in any way?
It is definitely a drawing process, but I guess I am using found things as well in a similar way and it is a way of processing form in a different way. I love line and the immediacy of drawing so I try to have a drawing project that is ongoing. A lot of times I sketch out my sculptures before I create them. I sketch out structures and ideas. Especially if I am going to build something, then I really have to figure it out. 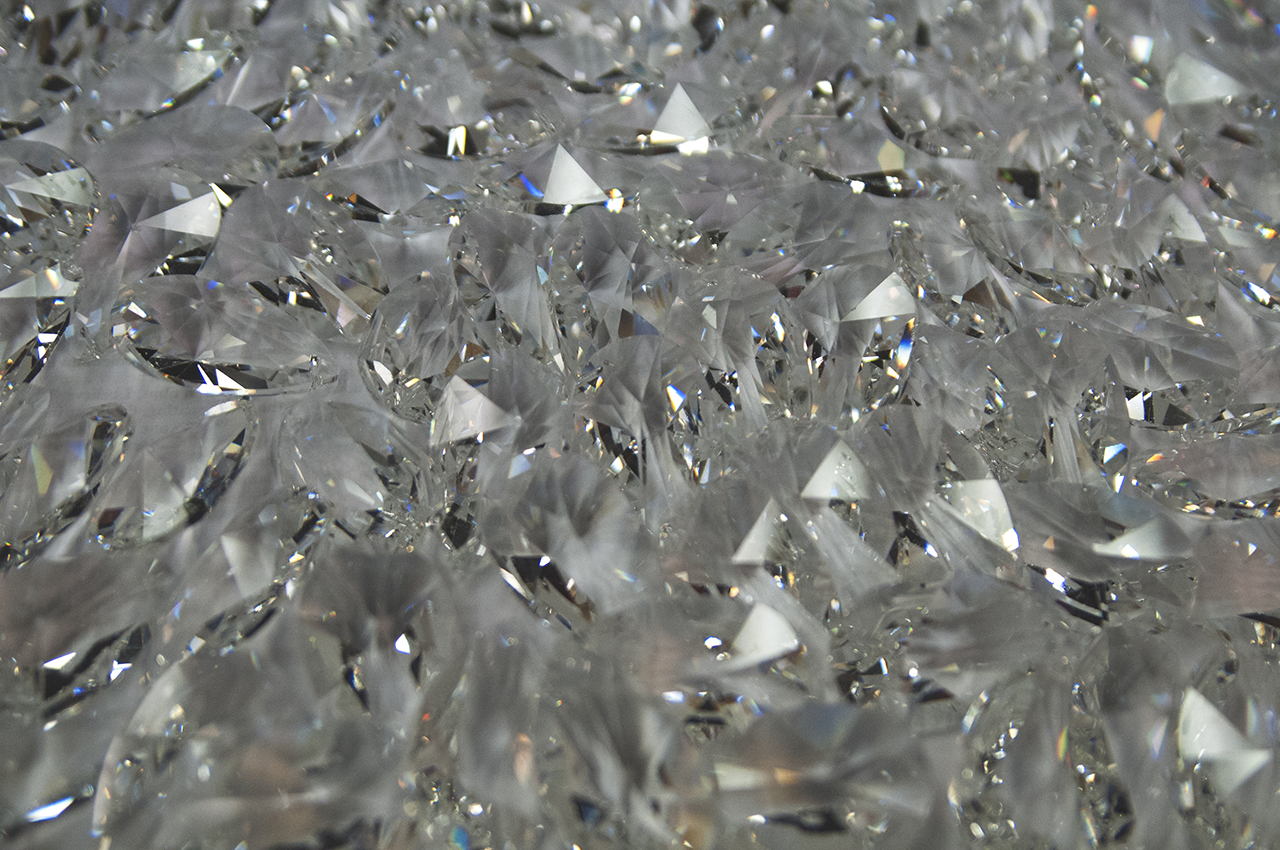 How did your background in jewelry transition into sculpture?
When I was in undergraduate school in the ’90s it was still a boy’s club in sculpture. However, I felt really comfortable in the metal studio in my school. I was really drawn to that set of tools. I ended up going to graduate school for metals and while there, blossomed a bit more and realized I was interested in jewelry but as a subject, not as a constraint of making. I still don’t like when people call me a sculptor because I feel as if it is limiting. If I want to change my practice and become a painter, I want that fluidity. I think the decorative arts are just as much of an influence on me as the fine arts—visually and conceptually. I feel like I have a connection with that history because of my training, but I also feel glad now that I do have those skills because there has been a deskilling of the arts for years that I wasn’t a part of. I feel lucky that I can make the things I want or have the ability to ask the right questions. I don’t feel like I am an expert at anything, but I feel comfortable with my skills enough to do the things I want to do. It is something I used to feel insecure about, but now I feel like it is something that sets me apart from other artists.