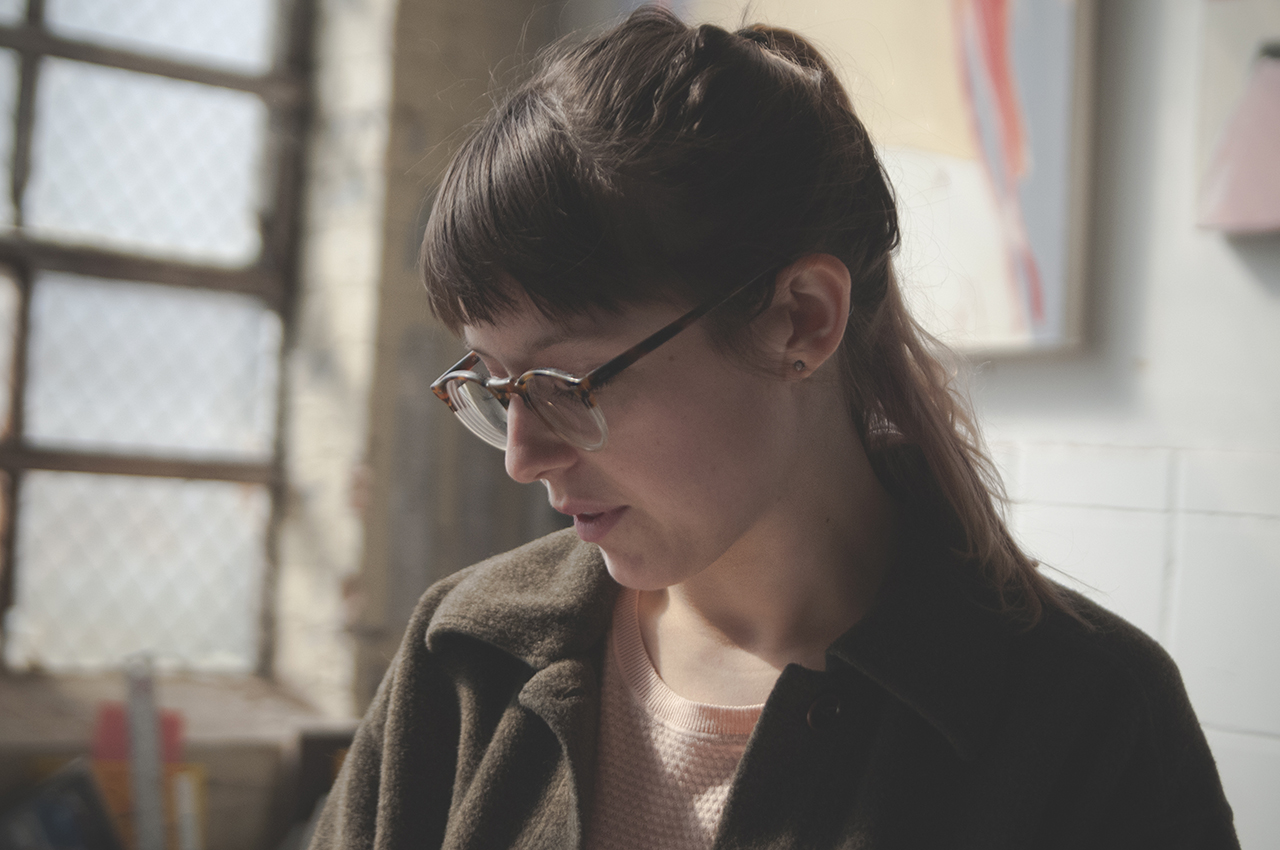 Inspired by cinematic moments, her personal history, and bright florescent accents, Lyndsey paints abstract images of tropical scenes that call forth her childhood in Florida. Previously painting straight from memory as a way to transcribe the last traces of her grandparents’ home, Lyndsey has moved to painting more abstractly, using a mix of oil and spray paint to produce works that play into a common nostalgia.

I\W: Can you explain the inspiration behind your series The Searchers?
LM: When I was in Advanced Painting at SAIC I started the series, which is based on John Ford’s film “The Searchers” starring John Wayne. In film, John Wayne is this lone cowboy that goes back to visit his family. One night Native Americans invade their ranch and take the youngest daughter, Debbie. The whole film is a five-year search for her throughout the American West. I have never been out West, so the paintings are these weird uninformed depictions of that landscape. At the end of the movie there is this great scene where he carries Debbie up the porch steps of the ranch house to return her to the family. After he hands her off, he begins to walk away and momentarily looks back over his shoulder. He then gets back on his horse and just rides off. I felt so connected to that scene and moment. The lone cowboy and the search relating directly to the search of the artist. You continuously have these goals you are trying to achieve, but there is no end or finale to them. You find what you need to and then the search begins again. It is not a linear path. You are always trying to tie things back together and going back to earlier projects. You might have that moment of accomplishment or elation, and then you are back to square one. 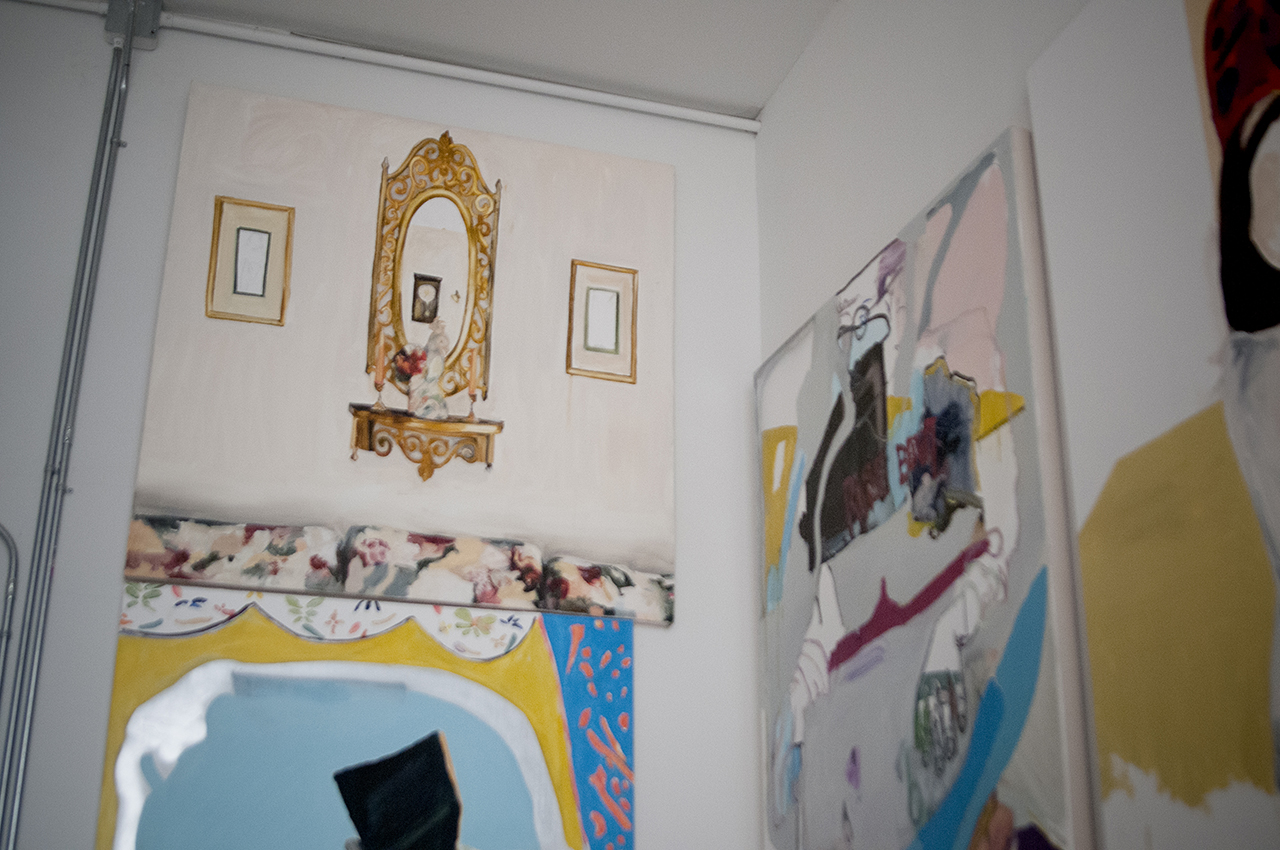 How does your work access personal memory?
When I began The Searchers there was also an incredible and simultaneous need to start painting from memory. I was thinking about my childhood and early influences. I grew up on the West Coast of Florida, but would often visit my grandparents on the East Coast. They had this great old house in Cocoa Beach and everything seemed untouched since the ’70s. It was all red and orange and brown with built-in book shelves. Both of my grandparents were incredibly interesting people. My grandfather worked as a rocket scientist for NASA and was good friends with Les Paul. Years after they passed away and the house was to be demolished, I realized a need to transcribe these memories as they were, and that’s when I began the Anamnesis series. When one revisits a memory, there is an opportunity to change it. In order to remember this place as the last time I left, I made a bunch of these 11″ x 14″ paintings until I felt everything was recorded. I would situate myself amongst the rooms and try to recall the details. What did it smell like? Who was calling my name in the next room? The series ended with a larger piece that introduced the mirror, reflecting ideas from Douglas Sirk’s 1950’s film “Written on the Wind” with Lauren Bacall. In the film, every character is introduced through a mirror. The way the movie approached the interior, I also used to approach my memory. You start with this really clear vision and then when you start painting and recall the details, you forget things and maybe that is where you have to leave it, leave it a bit unfinished. 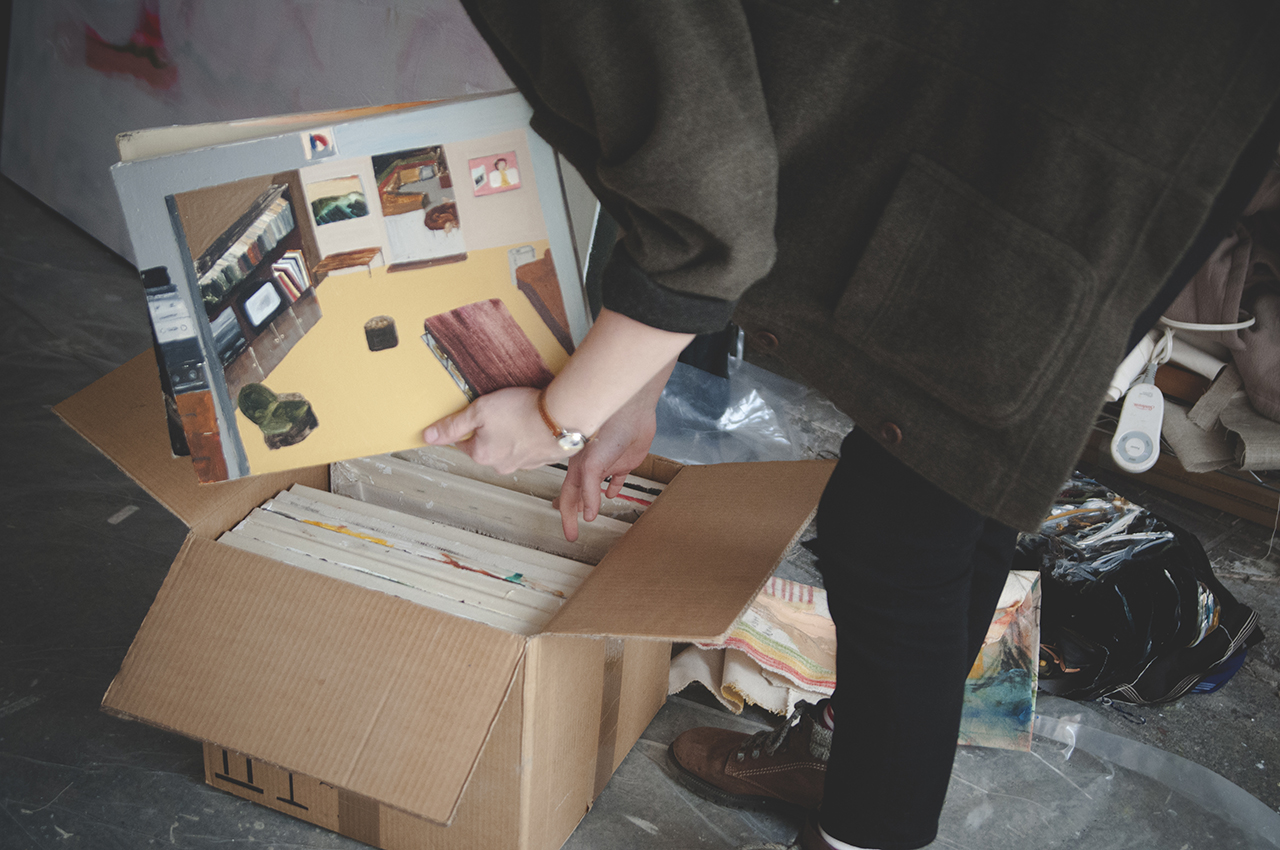 Is cinema one of the major inspirations for your paintings? Why do you feel like this is a good transition to canvas?
Cinema has definitely been a big influence for my paintings. A theme from one movie that fuels me, I’ll find in another. They will just carry over and accumulate. “Written on the Wind” carried over into Ingmar Bergman’s “Through a Glass Darkly.” There is the metaphor of the mirror or the glass darkly. The idea that there is somebody out there who through knowing them you can begin to understand yourself to the greatest extent—an astute other. It’s a very intrinsic journey. Ideas from these films influence my painting and then become my astute other. I was thinking if these paintings can do this for me than maybe they can also embrace the viewer in a similar way. My show at Nightwood, All That Heaven Allows, also came from Douglas Sirk’s film of the same title. When he was making the film, the studio was excited because they thought the title meant you could have everything you wanted, but he meant it the exactly opposite. I immediately related this to the expectations and limitations of my studio practice. 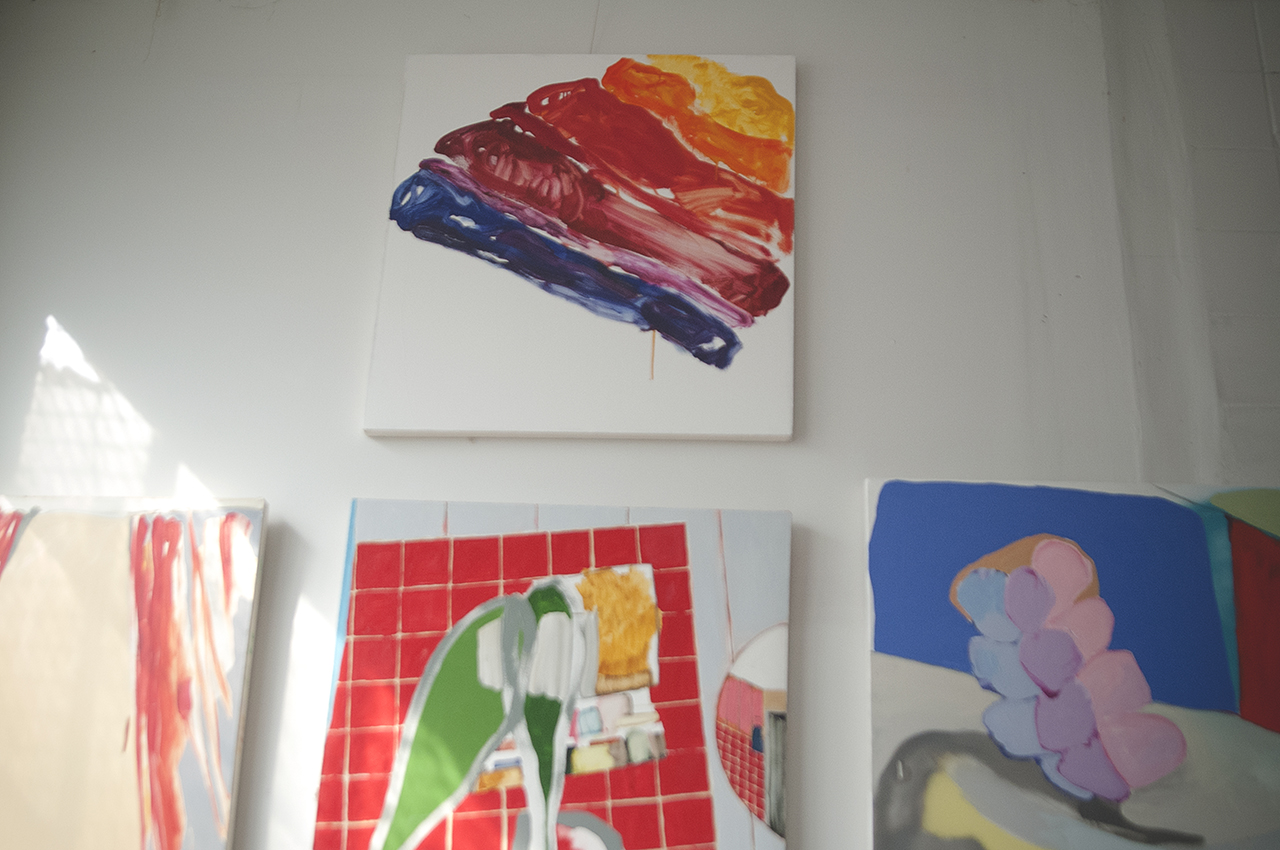 How did you transition from figural painting to more abstract work?
After making all of those memory and mirror paintings, there came a point when the idea had come to completion, but I was somehow still trying to rehash those ideas. There was a lot of time that I was just making really bad paintings. After I traveled to Japan last year, things seemed to click for me again. It was so strange to barely be able to communicate with anyone for almost a month. The bits of English used on Japanese advertisements really stuck out to me. At this boutique in Osaka, a poster read “It’s New and Now” in bold white Helvetica over an image of outer space. My friend and and I were really struck by that poster’s use of English. We began to think, well, what is “new’” and “now” and came to understand that the words encompass the past (laden with memories), the present moment, and the future. We thought about how painting could embrace this paradigm and ended up having a show with the same title. My work loosened up a bit. I was still thinking of memories but they became less nostalgic. Using memory is a tool to derive color and form. And that’s when Florida floated back in. 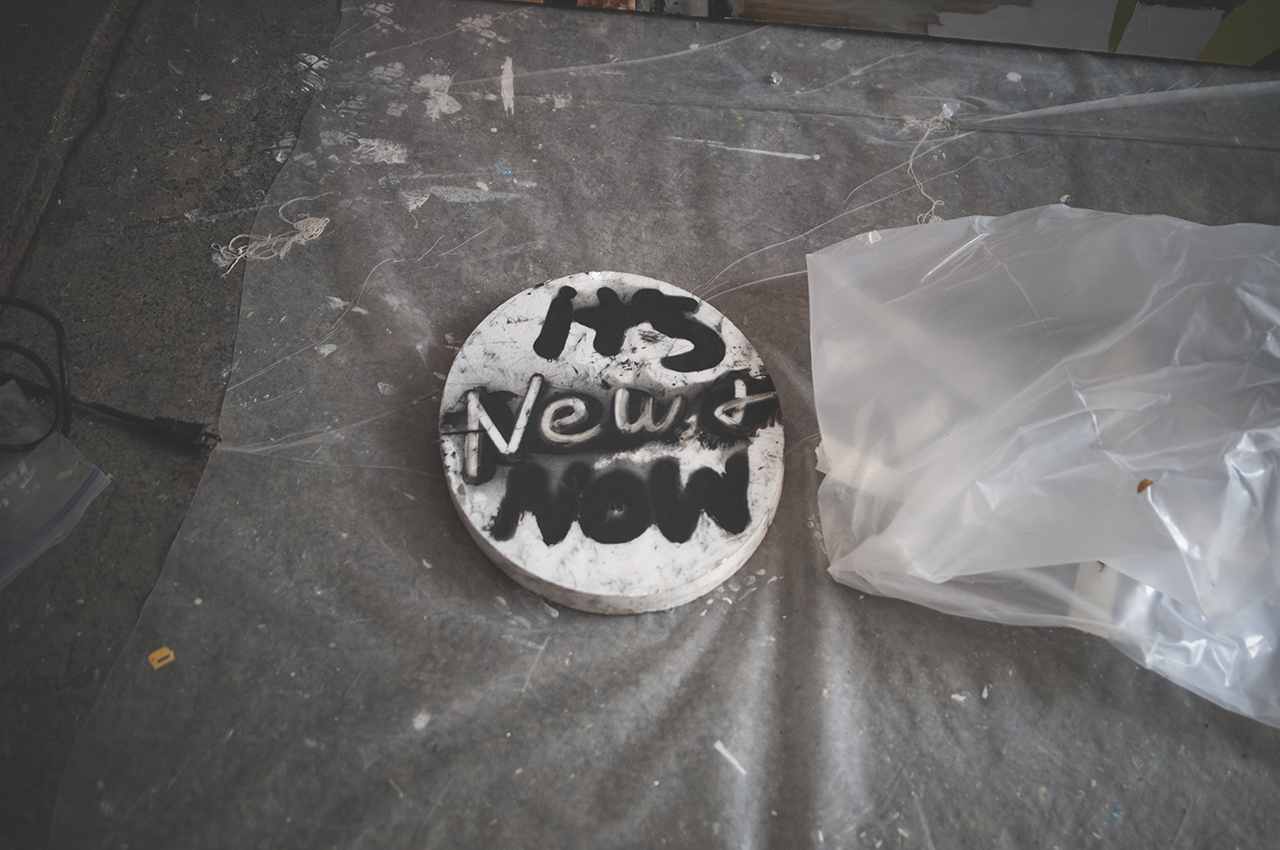 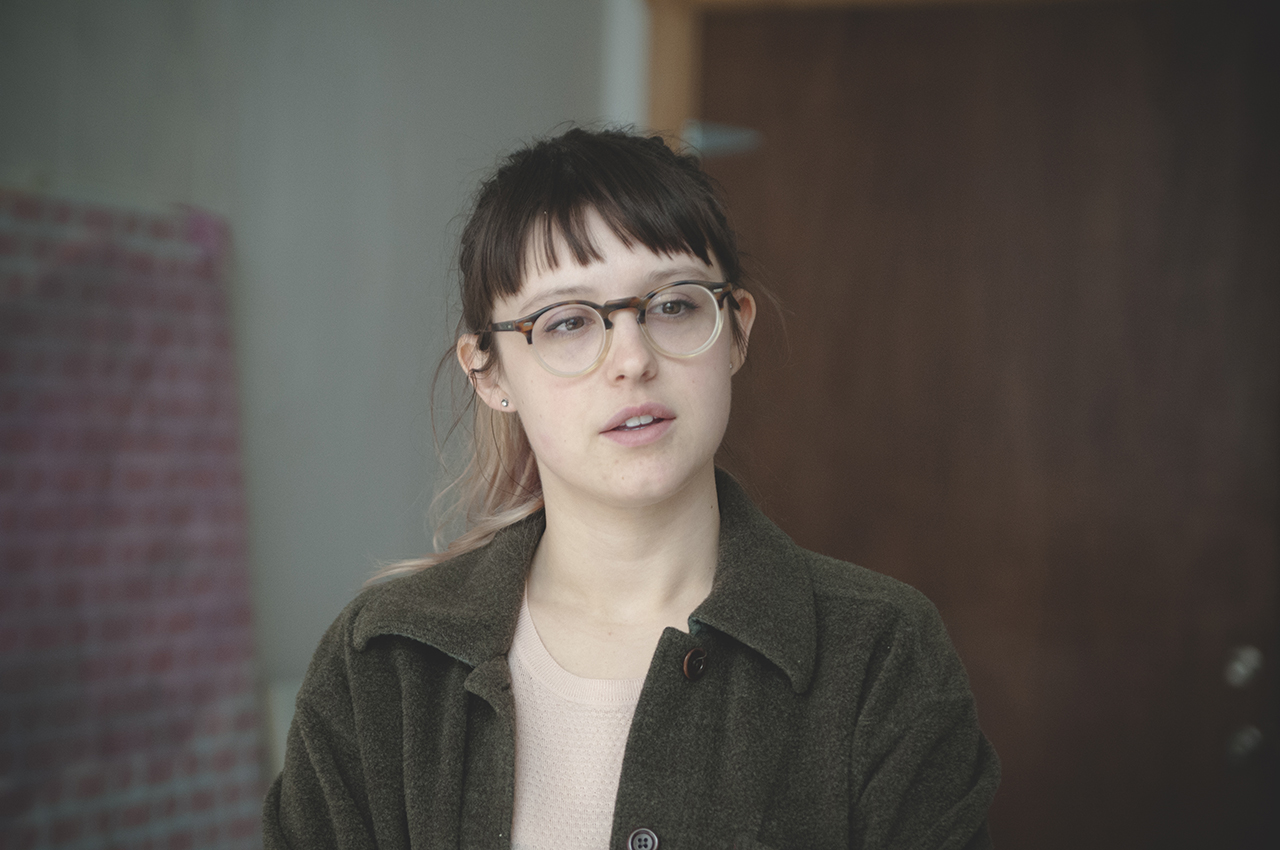 Is your bright palette a desire to capture that Florida aesthetic?
I spent a lot of time near the water as a child but into my teens I didn’t care much about the beach. I thought of it as a tourist destination and where stingrays and sharks are lingering in the depths. Right after the It’s New and Now show, I began painting these very large and colorful abstract tropical beach scenes. I think part of it came out of a desire for warm weather in the middle of Winter. I began to revisit memories, but they were much more relevant and of the now. I was focusing more on the memory of yesterday rather than a memory of 10 years ago. In this way, these tropical paintings felt more contemporary and not so specific to myself. They seem more general and could be anyone’s memories from Florida of going to visit your uncle who lives in Key Largo or something. Capturing a very specific yet generic understanding of Florida kitsch that everybody seems to have some memory or opinion of. Now, I embrace these these arbitrary objects like the sand, sky, and beach umbrellas as mainly a tool for creating space and depth. 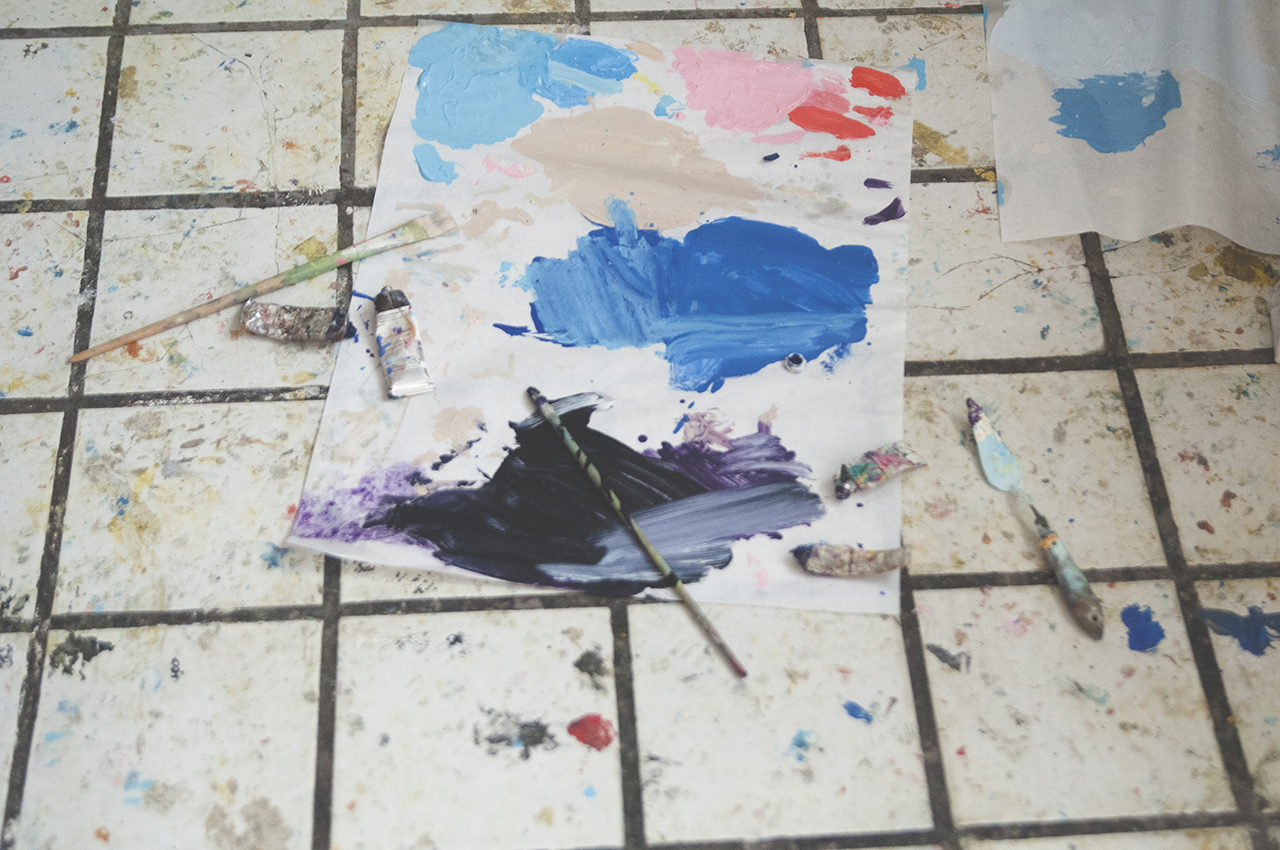 What mediums do you work in currently?
Mainly just a mix of oil paint and spray paint. Lately I have been using a lot of spray paint for its immediate gratification. I tend to paint fast. Things can fall flat if I’m thinking too much, so spray paint aids in that dilemma. I can get this beautiful, ready-made color down within seconds. Spray paint helps the paintings feel contemporary and fresh. Sometimes you have an idea, but by the time you’re done mixing all the colors and getting them down, the painting already feels stale. There’s a very fine line and sensitive time frame I’m always working against. The last thing I want to do is suck all the air out of my paintings. There’s that balance, and I find that combining the two mediums allows for this breadth that I’m searching for.