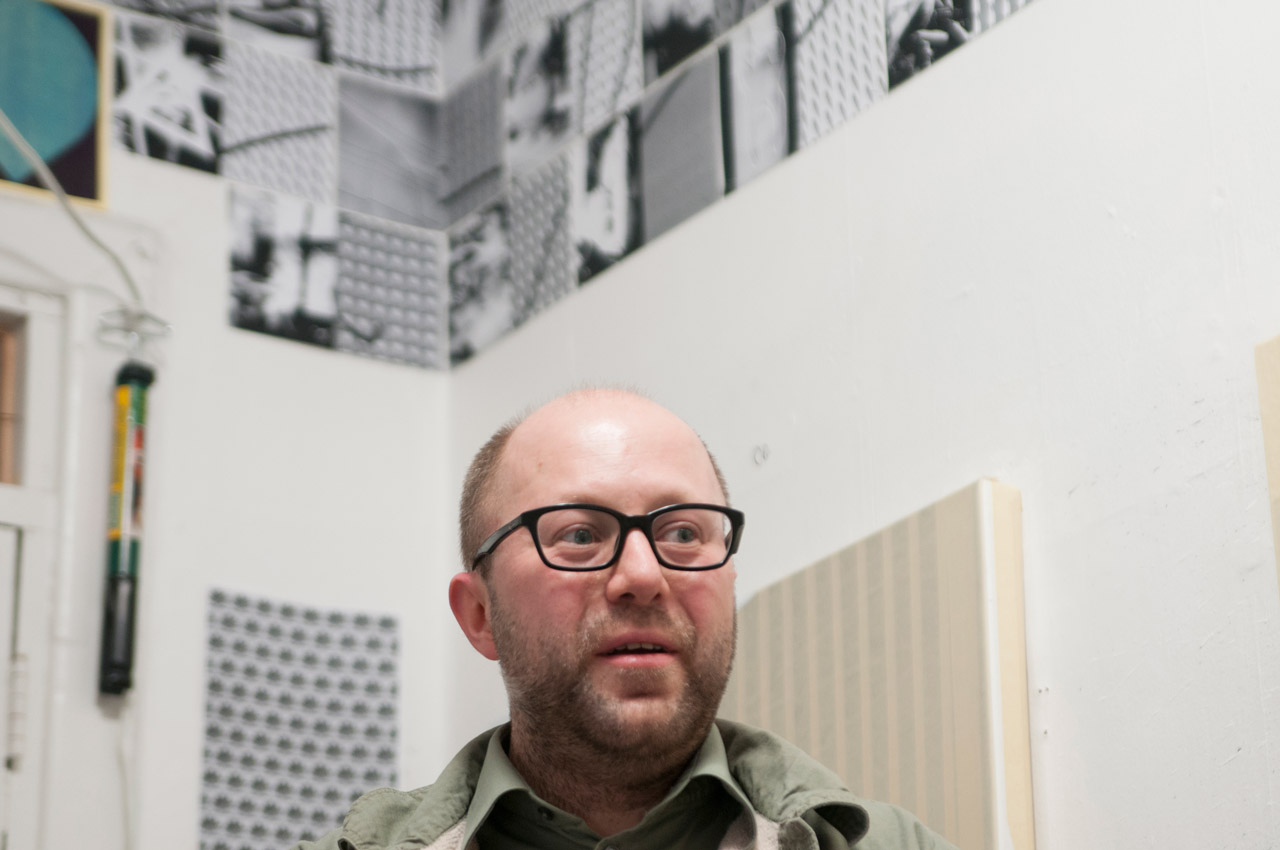 I\W: What is the idea behind your multiple Tumblr pages you have created?
SH: I have been painting for quite a long time. I just kept thinking about ways of contextualizing all of the stuff that is not in the paintings—all of the things that the paintings exclude. I am trying to bring that stuff into my practice without having to bring it into the paintings because I’m not interested in painting those things. Photography wasn’t so much about making photographs, although at first I think I thought about it that way, but more as a way of sampling. It’s all just capturing. Tumblr opened my thinking up even more about where imagery can come from, and letting go to the attachment of it being mine or someone else’s because Tumblr is a copyright nightmare. People get possessive of things they have just scanned out of books. There is a juvenile aspect to it which is kind of fun. I do post some of my own work.

What is a more recent page you have created?
“Margin Creep” is a new Tumblr page I started about a month or two ago. It’s all these halftone images. I am going around taking pictures where I am not thinking about making photographs at all, I am just thinking of what will translate as a halftone, and what can I do with it. I have been making zines with those. Margin Creep refers to the margins in printing when they creep and they have to adjust for it. It has an idea of the studio creeping away from the center, or the center being everywhere you are.

I made a book from one of my Tumblr pages over the summer and my intention is to kind of go through all of them and turn them into books. It is a lot slower and more labor intensive than I would ever have imagined it would be. These are all found images. 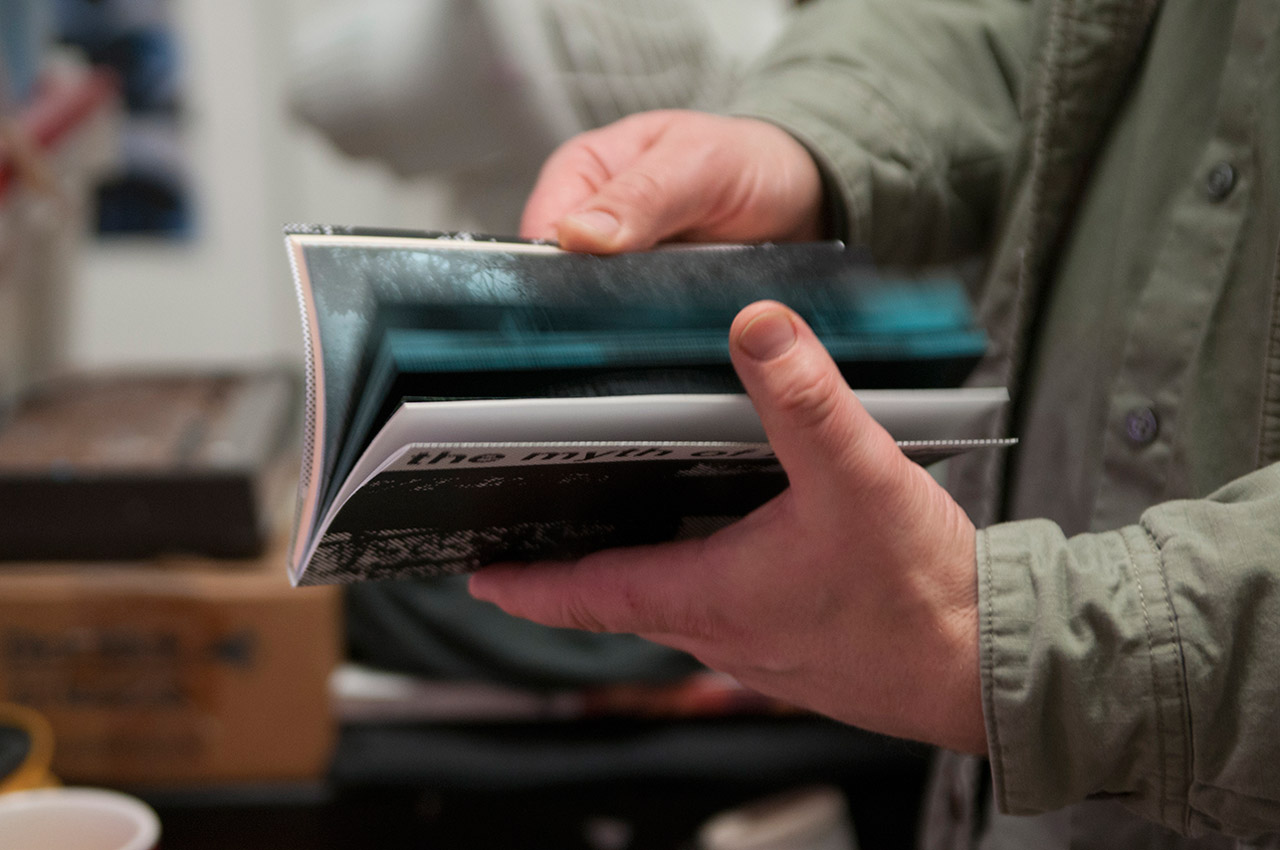 Do you cite the images?
No, only in a limited gesture. I do it in bridged, uncontextualized notes from all the images I use. Some of the images have hundreds of thousands of notes, and you cannot even find the bottom and the person that originally posted it probably scanned it from something. I think I have always had a preoccupation with reversing the prioritization of language over the senses or imagery or anything that is irrational. 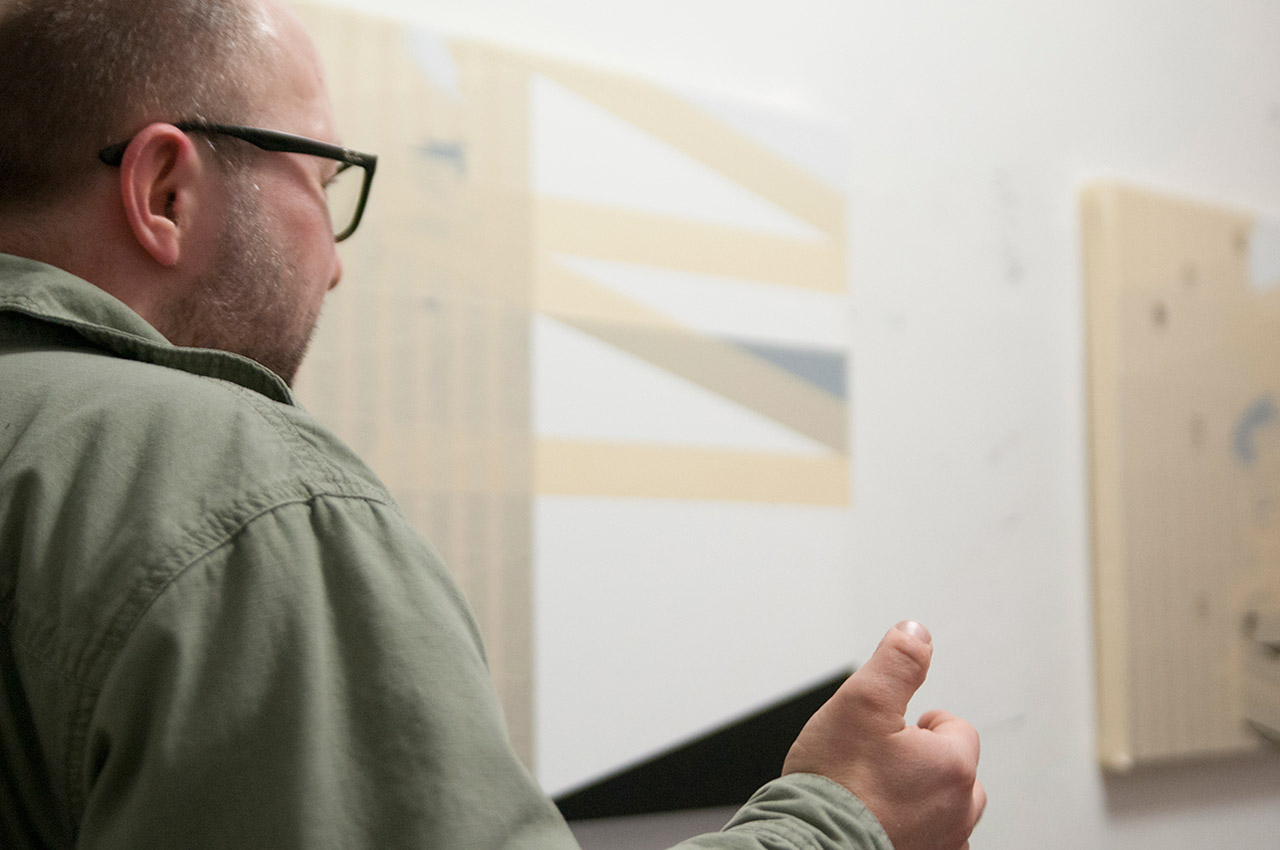 Do you think it’s easier to capture an image with photography, or capture an image that isn’t necessarily there, through painting?
I feel like with painting, although there are images that they come from, because they are all drawn beforehand I have often thought of them as being in opposition to imagery. I am more about the pictorial. I think of paintings as being these pictorial objects so they are not necessarily images on surfaces, although they have a very strong relationship to the way we see into surfaces and see images.

Lately finding has been very productive—it has been really exciting for it to be so fast. I really resist the idea of paintings as deliverers of content. The zines have kind of been like the antimatter to my paintings. The zines and Tumblr pages are all about recontextualizing content. 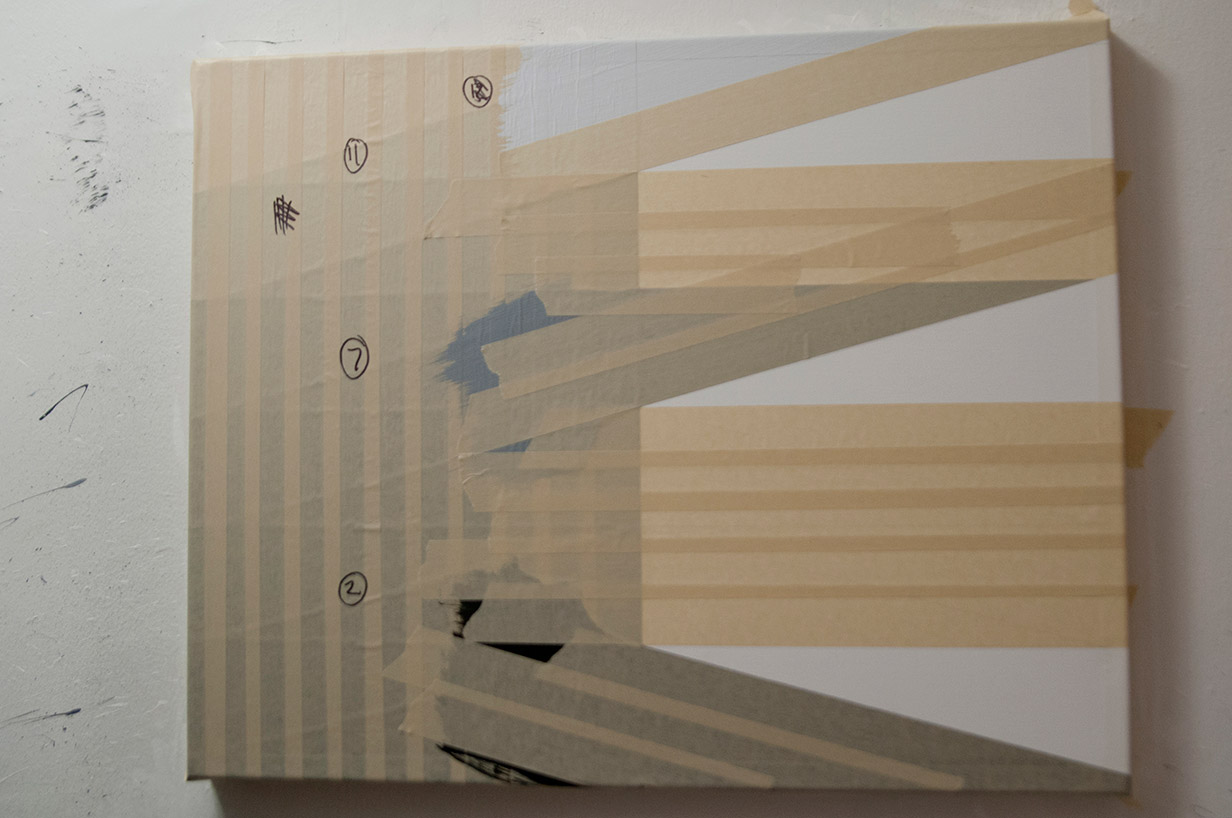 How does restriction breed expression?
One way I think about it is in terms of restricting a channel. Compression. If you have a force and you interrupt it, it becomes almost stronger through the interruption. I feel like having a very strong, restricted practice acts as a kind of resistance. I have had my work described as being kind of fastidious or detail-oriented, which is true, but I am actually kind of agitated and animated generally. The fun, the game, or the interest in the painting has to do with those two things happening at one time. What freed me up to make these zines was realizing how you can sample from things so expansively as long as there is a constant thing that it filters through. You can really do anything that occurs to you. If it is black and white and a certain size, you could point at anything and you can find an emerging structure. It is kind of overwhelming and exciting. The halftone thing makes it related to the surface and the edge, and it just opens up a whole new realm of things I can speak about. 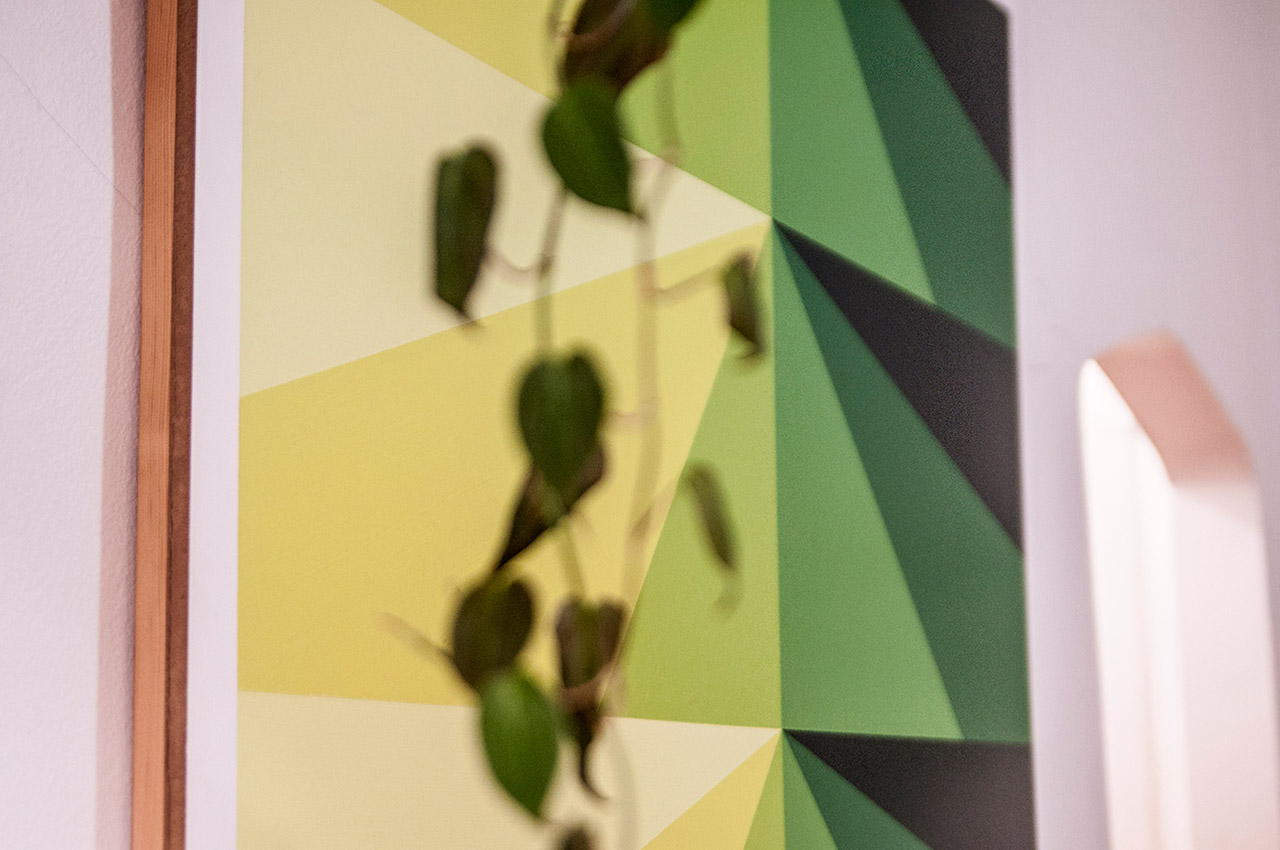 Why do you choose to interrupt near perfection by translating your images from Photoshop to the canvas?
The images are for the paintings. I would be only interested in those images as they relate to some kind of interruption or interference. I have been working with Risograph a lot over the past summer, and I was interested in the noise that is introduced to these hard-edged kinds of graphics. I could do something very simple, and it becomes very chaotic because of all the ways that you can push the machine by just using 2/10ths of ink saturation. The painting, these edges become taught and interesting because there is a gesture. They are actually gestural paintings. They are more like zen gardens. There is all this intensity that is combed. I don’t look at the images very long on the screen, I know from painting what will work.

My new ones are weird because I gave myself over to a very long-term group of things—64 different images that are all related to the same parts. Some of them I liked initially more than others, and there is a repetition that comes in when you just do the things you like. Now I am doing them all regardless of whether I thought I liked them or not, so that is actually introducing new kinds of ambiguities into the paintings that I would normally not leave in. 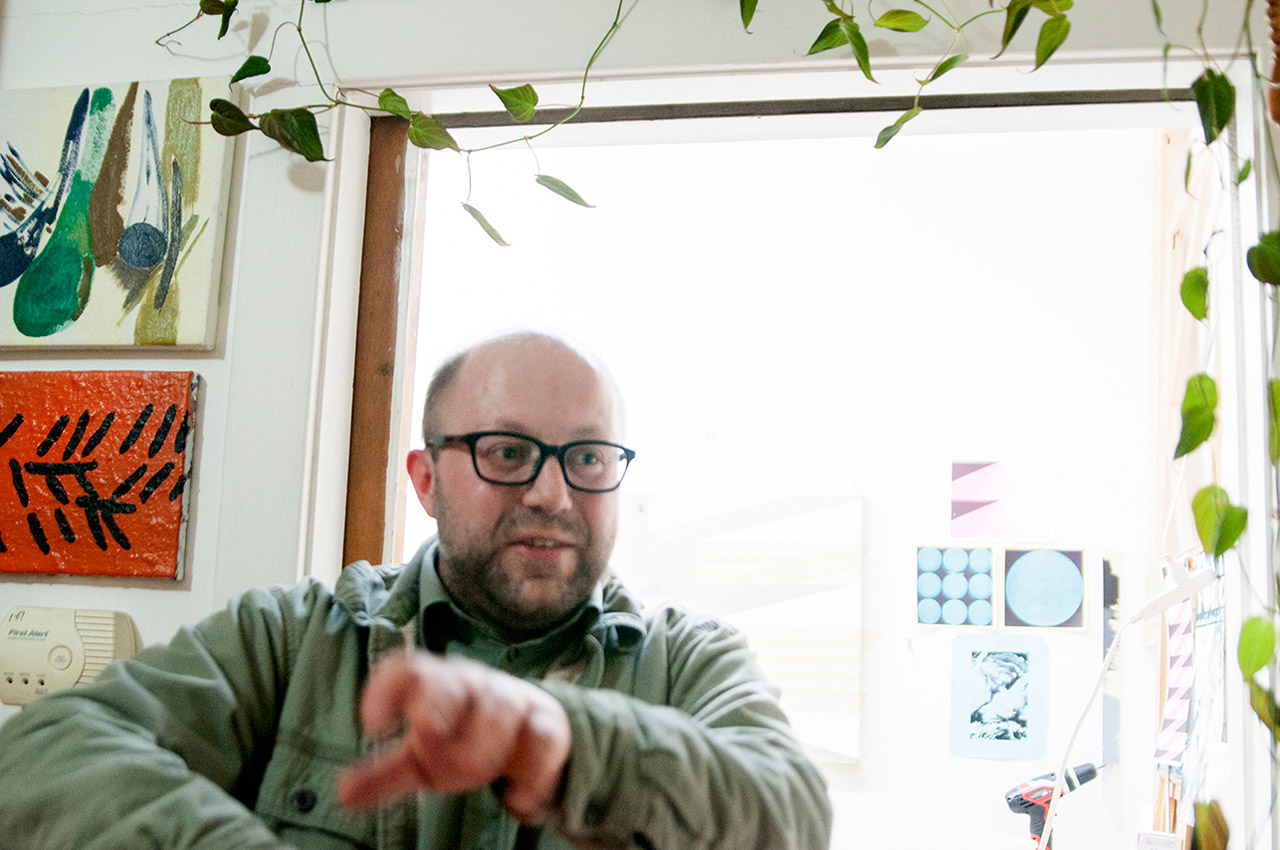 What’s a theme that has always pervaded your work?
The term that came up a lot in the last decade or so for me was this idea of recursivity—the reverberated structures. These paintings emerged out of trying to contextualize order that I saw graphically in my environment. Now I am just trying to expand that—take that as a given. I was going to teach a class on recursivity, then I realized that if it is real, I shouldn’t have to describe it too much to people, and if it’s not then I don’t want to be indoctrinating people into something that is not real. If it’s real I just have to trust it and start from there. So far it seems to be productive for me to start from that premise. 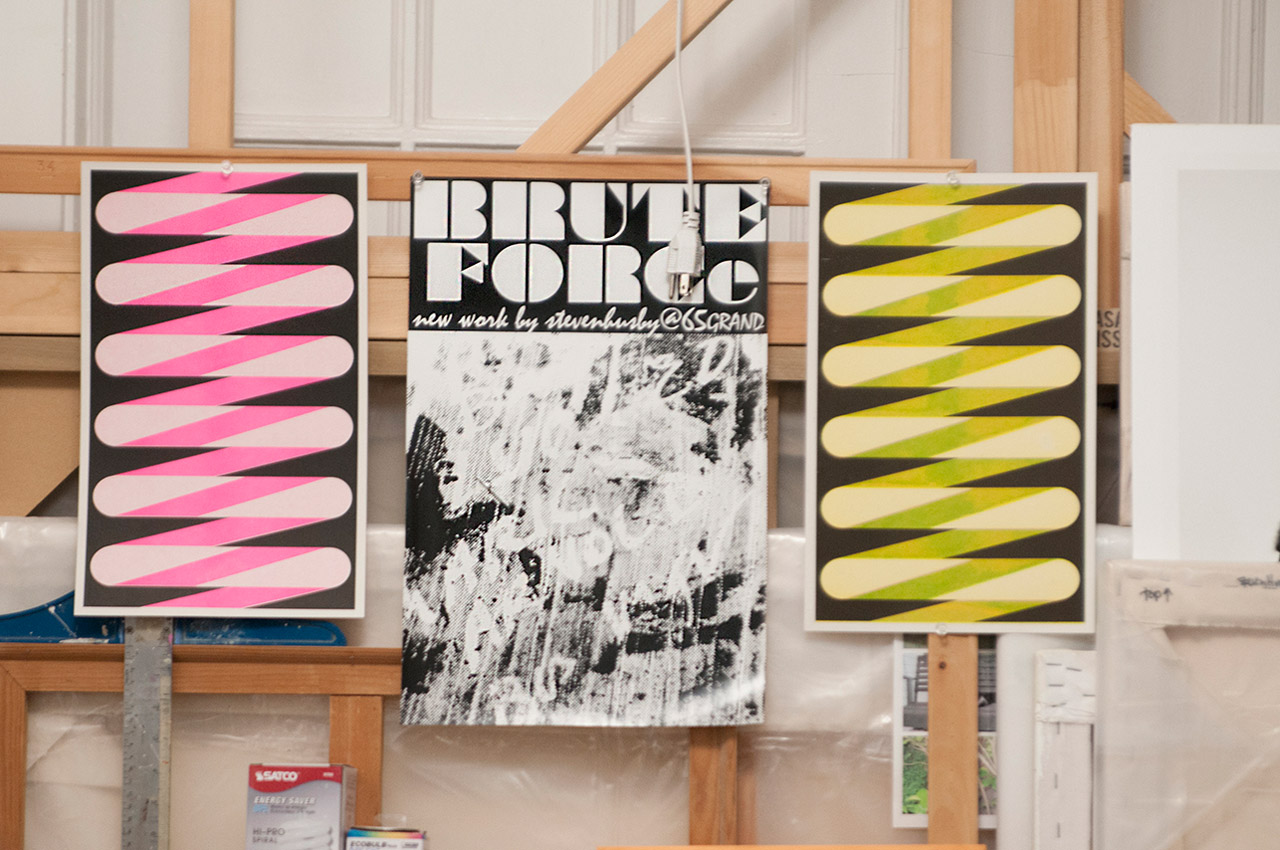 My process is often collaging and shuffling and collaging and shuffling. Then I find something I like, so I follow through on it by making incremental adjustments. Then I get bored and I start doing something in a different place, and pretty soon it is like two clocks going at once. It’s like a computer where you have several tabs going. I just keep doing that. They are all slowly rotating.