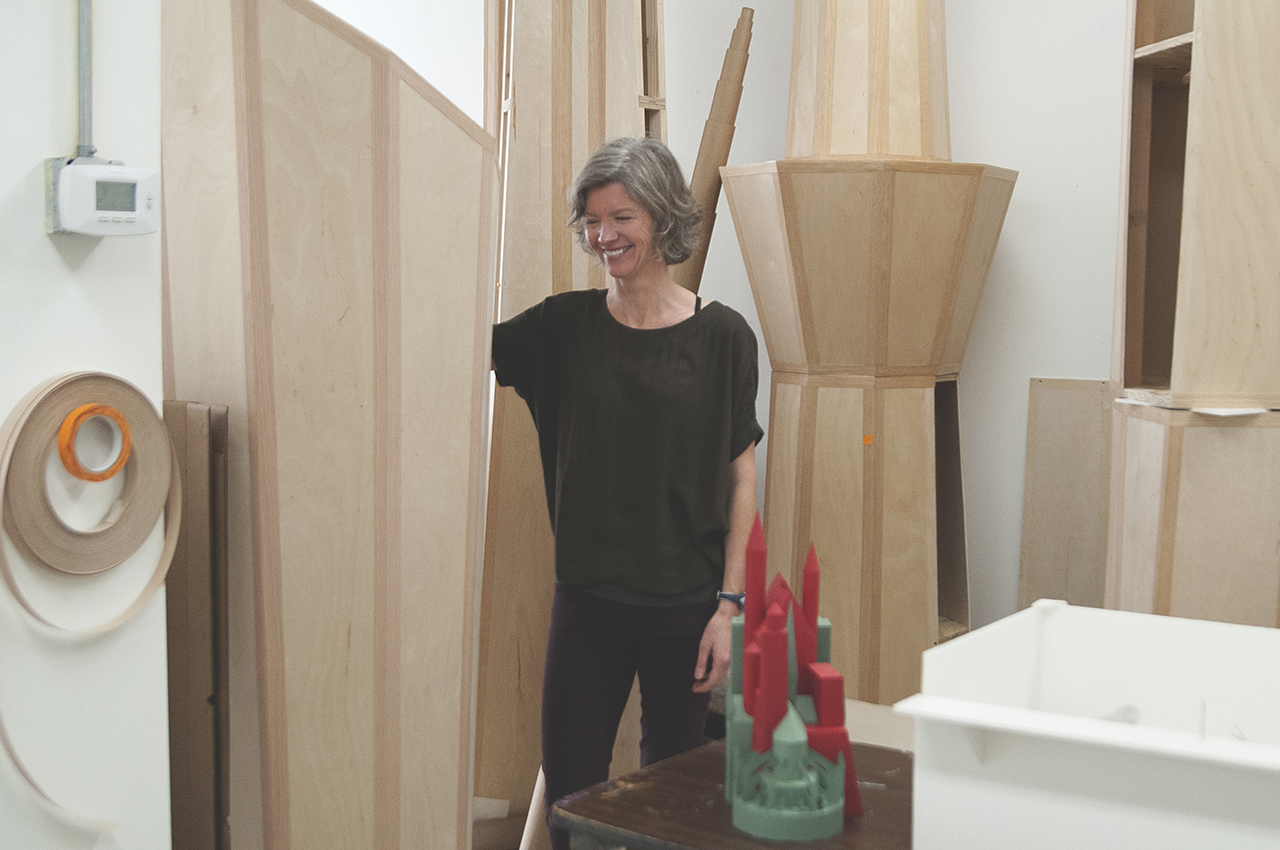 Currently working in miniature and large-scale, Susan builds replicas of buildings to explore how we yearn to own and manipulate the structures we visit as tourists. Fascinated by aerial views, Susan’s latest project involves building four of the world’s tallest observation towers, exploring their function as both a tourist object and a way for modern cities to aggressively expose their technological progress.

I\W: How are your works an exploration into an individual’s relation to megalith buildings and other pieces of notable architecture?
SG: Where I come from in New Jersey, there are no significant pieces of architecture. After I become a Chicagoan however, I would tell people where I lived and they would immediately respond with “The Sears Tower.” I thought that was interesting. They weren’t instinctually responding with the hot dog or the Bulls, or some other cultural identifier. It was the first time I was associated or identified with a piece of architecture. This was my building now and my identity. I studied the intersection of tourism and culture in Bali, Indonesia on a Fulbright grant in 1998, especially the buildings that were tourist icons and visitors reproduced images of over and over. Not the buildings that were representative of daily life, but rather this idea of what they thought daily life was like. All of the buildings that I work with in my practice now tend to be touristy and cliche. 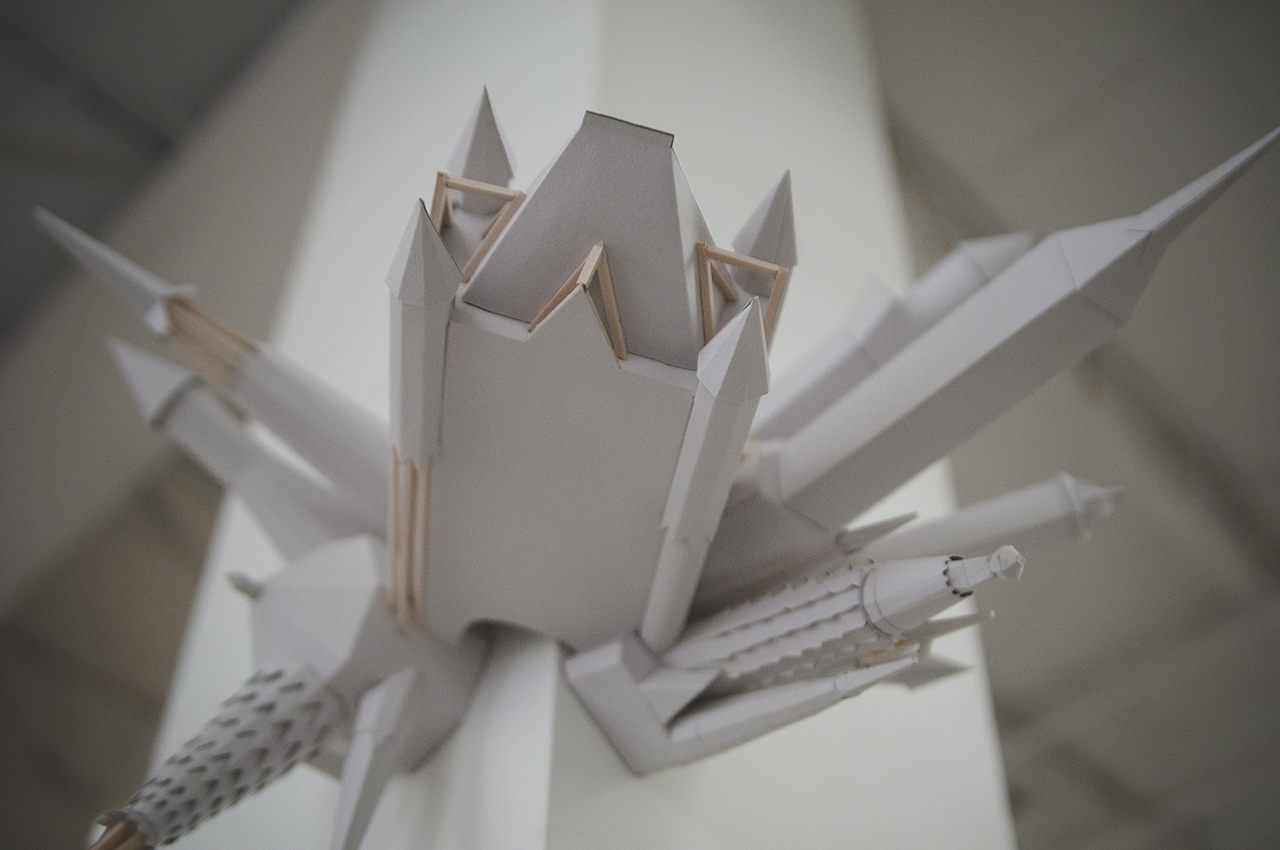 What type of buildings are typically associated with tourists, but not necessarily daily life?
These sculptures that I am building right now are the tallest observation towers in the world: the Tokyo Skytree, Canton Tower, CN Tower, and Ostankino Tower. Cities are building these to shape their identity as technologically progressive. They are telecommunications towers, but they also serve as observation towers for visitors. The tourist climbs to the top and is able to see from these great distances. It is easily recognized, it is reductive. The cities promote them as this way to see the city, but you are so removed up there. You can’t hear the neighborhood, you can’t smell the neighborhood, so that is very limiting at the same time. Other buildings that are tourist attractions and function as a backdrop for photos are historical monuments, such as the Arc de Triomphe or the Taj Mahal. 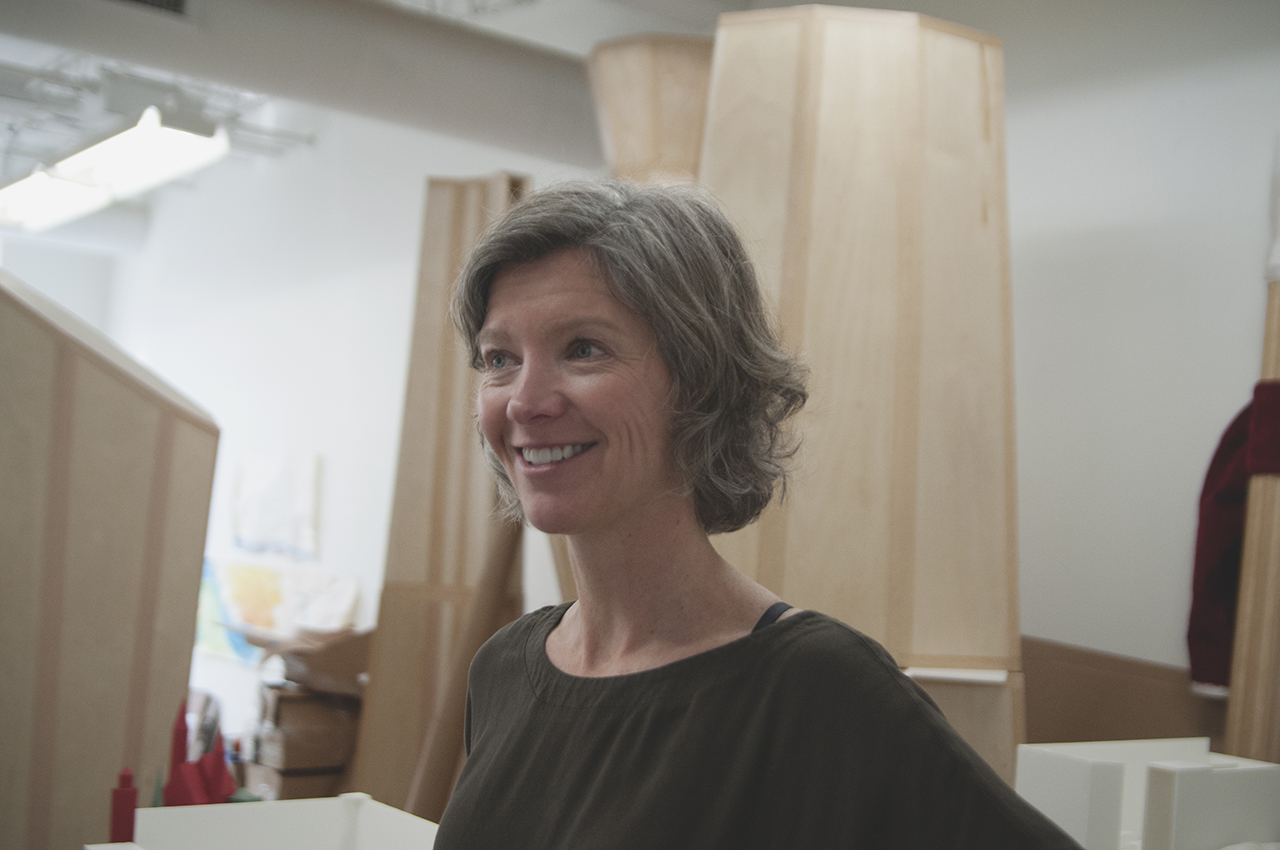 In your show at the Hyde Park Art Center, Scenic Overlook, why did you choose to place these observation towers on their sides?
I love this idea that you can have these things and make them tangible. This is what the tourist does when they are taking a photo or video or buying the perfect souvenir. They are trying to make that large-scale thing real—an ideal real. I love to imagine that I could manipulate buildings. My sculptures are me picking these things up and perching them on a tripod. The tripods I am using are adjustable, and they are angled so there is one perspective on the balcony at HPAC in which they are all pointing at you rather aggressively. I am interested in how globally we are still so interested in building the tallest structure in the world. The sculptures could be interpreted as missiles which I like and want, but I don’t want that to be the only layer of meaning. In this way I chose to make them out of wood, because it is a warmer material.

The concrete pieces are meant to be shadowlike, but I am also looking at everyday infrastructures like the CTA column that I walk by when I go to work and only started noticing when I started working with concrete. I am also interested in viaducts and bridges and oil platforms—the everyday stuff that we need to live.

Why did you choose to start crafting your paper and cement sculptures from those particular materials, and why at such a small scale?
There were a few things going on. One was on a practical level. Because I have had to work without a studio for so long, I could only make the big stuff when the students were not in session at DePaul and I could take over the sculpture department for the summer and five or six weeks during winter break. I would make a big project and make it modular so I could stash it in different places, but then I would be stuck during the regular year and couldn’t work. I wanted to create pieces that I could make at home on my kitchen table, and also fill those little hours of the day where I feel like I could be doing something. Then I also got interested in these paper models because I wanted to make something more literally souvenir size. It is all drawing paper which represents for me the potential and anticipation that the tourist has. They are hollow paper because they are an idea, so much about what we think it is going to be. I am interested in that contrast about it not being solid, as well as contrasting materials. The concrete pieces are meant to be shadowlike, but I am also looking at everyday infrastructures like the CTA column that I walk by when I go to work and only started noticing when I started working with concrete. I am also interested in viaducts and bridges and oil platforms—the everyday stuff that we need to live. 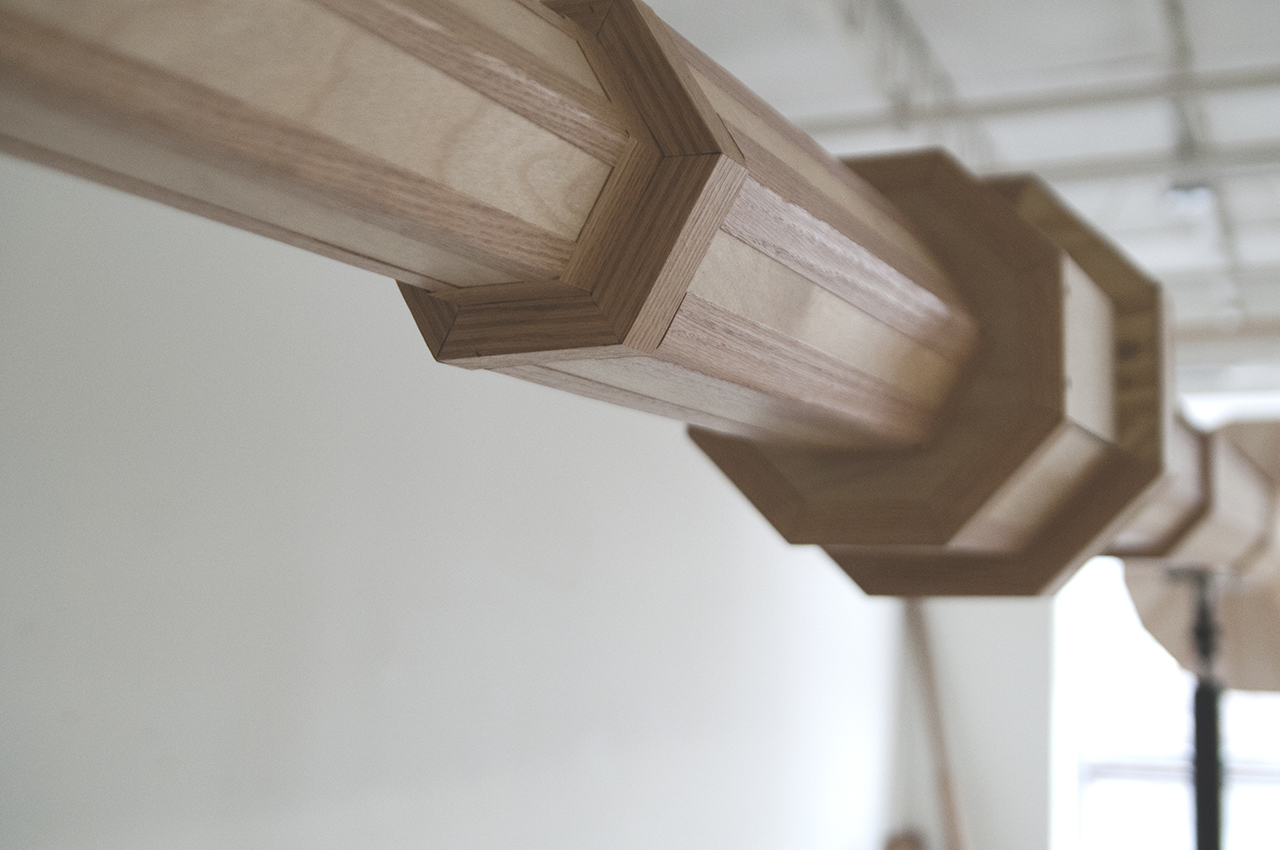 Do you develop the patterns for your paper sculptures yourself?
I thought I was going to make or invent the patterns myself, but I was talking to a friend that teaches in Computing and Digital Media at DePaul and he said that I could find them online for free. Although I do make some of my own from images I find from Google Street View, I thought sourcing them online kind of reflects our collective longing to have a model of a particular building and own it. That thought is particularly interesting because of the difficulty that actually goes into making each paper sculpture. 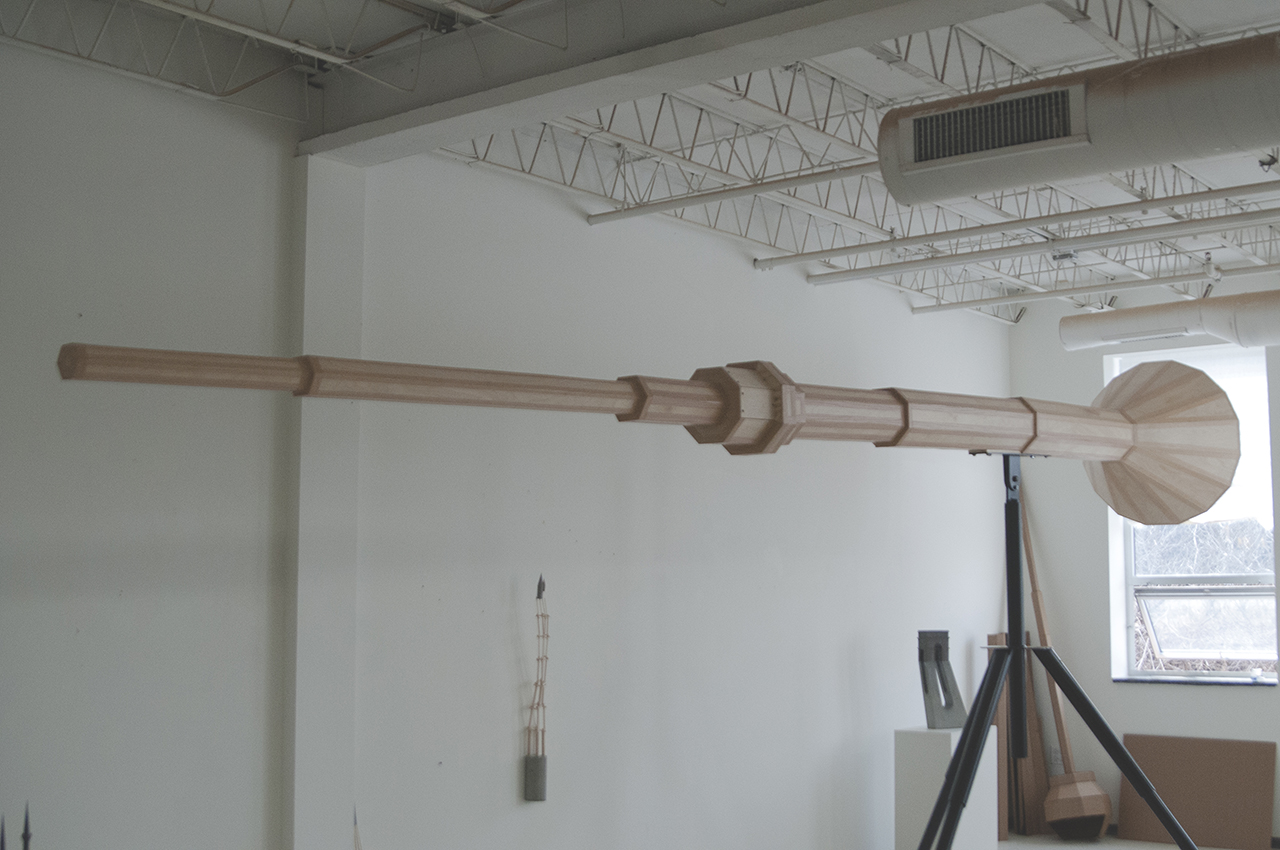 What is your attraction to skyscrapers? Why does their power and height fascinate you?
A lot of the work is a critique of that desire to be assertively tall. You might say it is a feminist critique, because it is primarily a male dominated field. I recently bought a book from the Graham Foundation called “Seeing from Above: Aerial View in Visual Culture” that is about contemporary culture and the aerial perspective. That is so much what my work is about. The reason why I chose these observation towers for this show in particular is because at HPAC more than any other gallery I have experienced, you get these multiple viewpoints on the work and this aerial perspective. I was thinking about observing, and it made more sense to do observation towers. There is a really great essay in this new book about Google Earth. All of these patterns were inspired by Google Earth and what does this thing look like when you not only have what the satellites are seeing, but also what people on the ground are posting. I piece those together to get a sense of scale and estimate what these things look like, and then translate that into an Illustrator file. One of the things that is an interesting tie-in to tourism, and the writer of this particular essay talks about, is that on Google Earth the interface is a hand. It is like you are in this fixed point in space and you are spinning the globe. You can quickly jump from seeing this to that almost simultaneously. It allows us to see these things in a new way by looking at ourselves from ‘above.’ 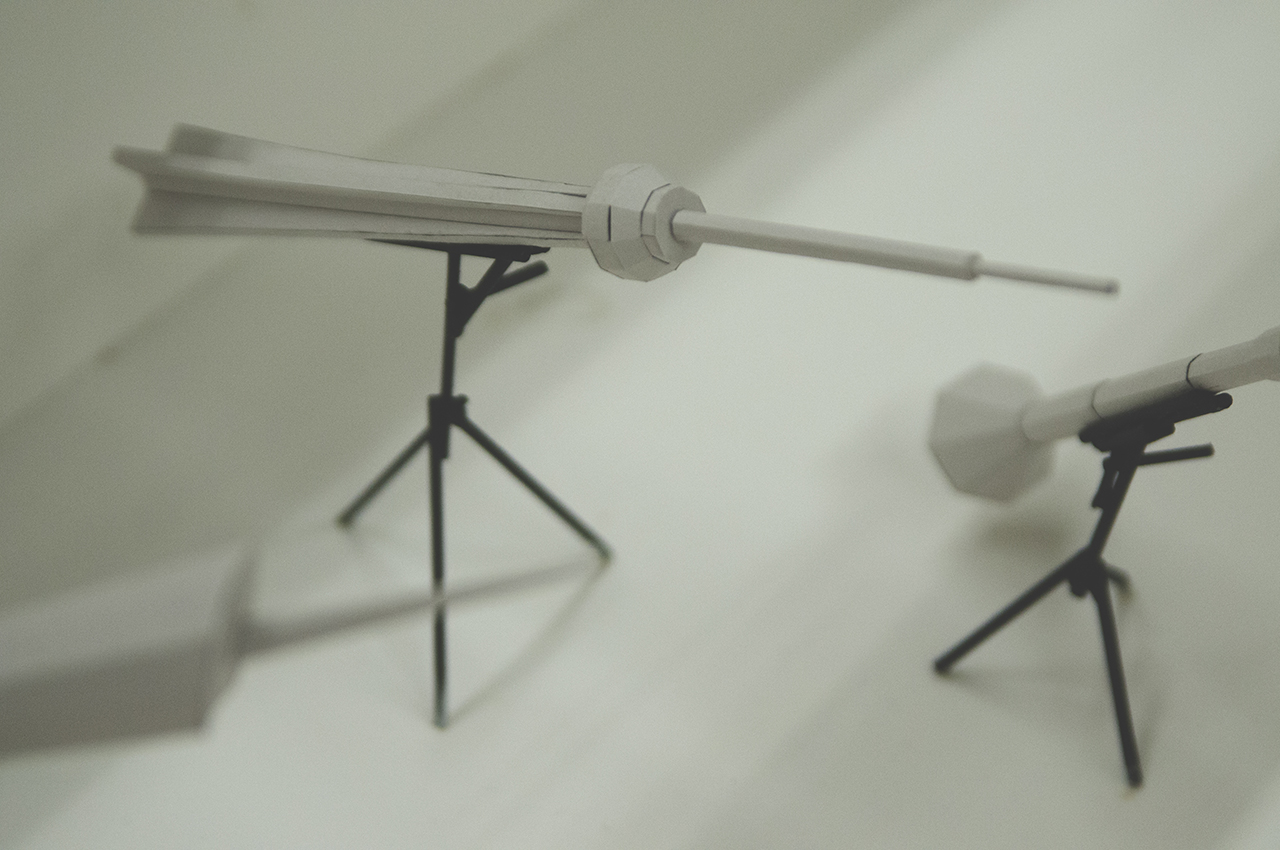 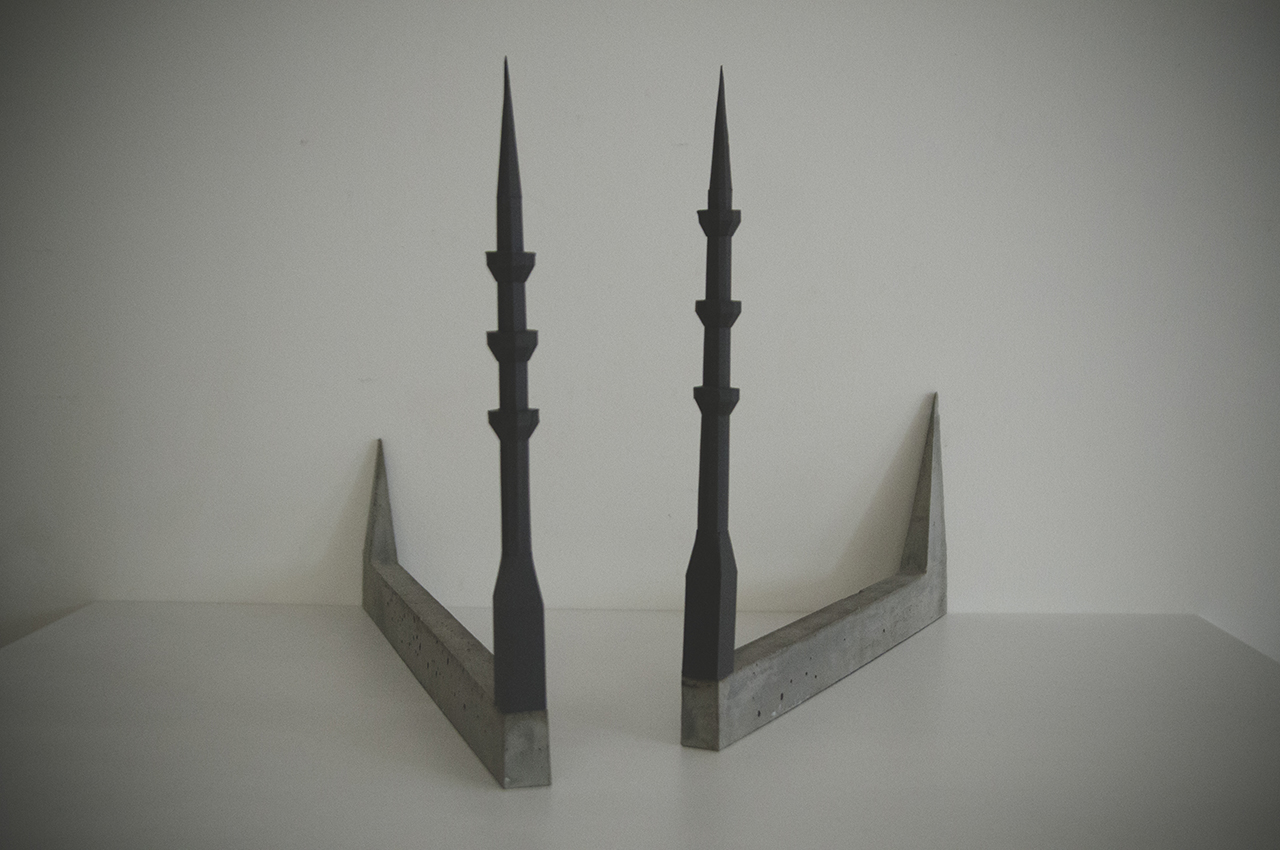 Why are you interested in the man-made buildings tied to tourism instead of natural landscapes that are often visited by tourists?
Probably because I am interested in these buildings as constructions. The construction of an ideal that we project onto. Right after college, I spent some time in Asia. Without thinking critically at all, I shot 12 rolls of film and had all of these pictures that were the exact same as the ones in the guidebook. Then I said, ‘Wait a minute, why do I have to repeat this image, what is that about?’ I totally wasn’t aware. We have this preconceived idea of what we want and this moment of merging this lived experience with that desire seemed really interesting. 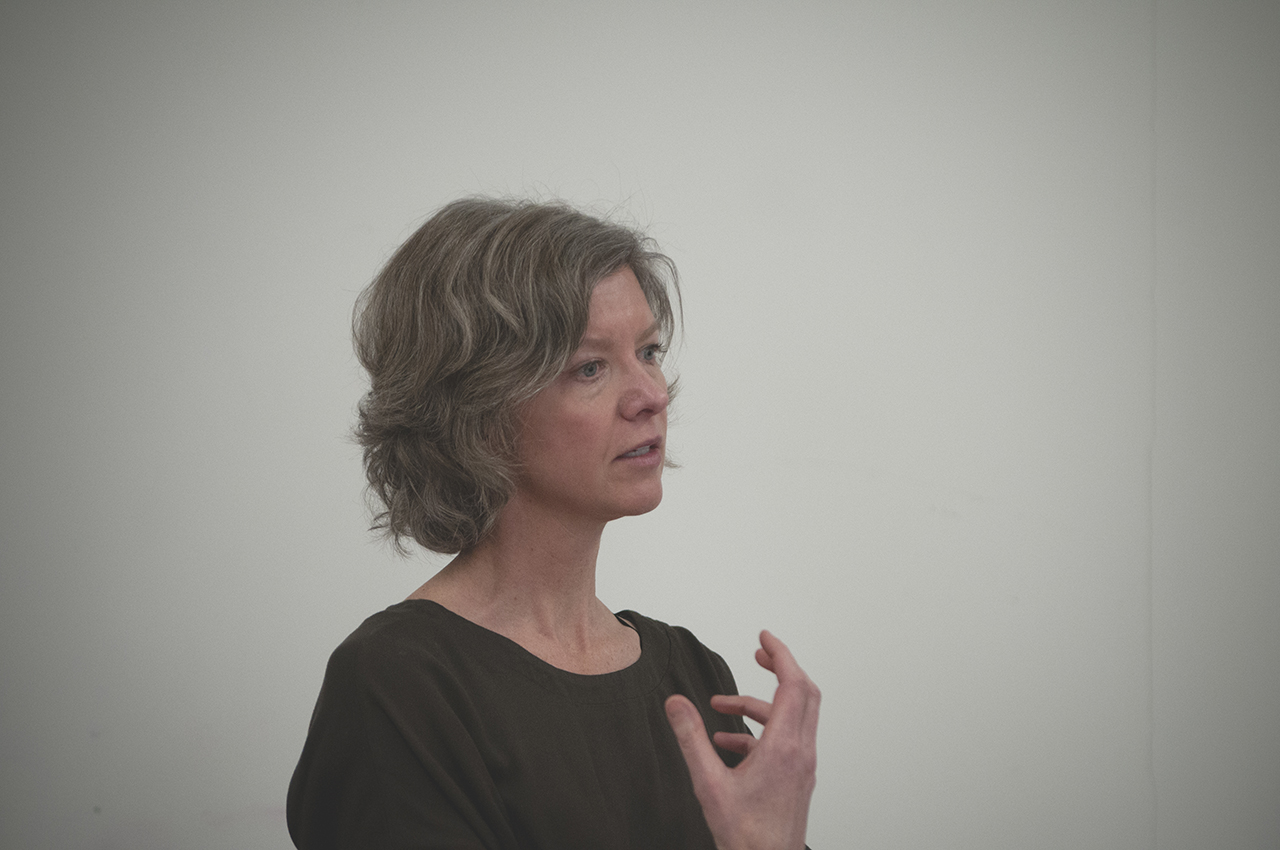 How do your video pieces interact with the sculptures you create?
The gesture ones I was really excited about because I was following the McNeill Gesture Lab at the University of Chicago. I started following what was going on in this lab and the way they were talking about gesture made me realize that it is where language becomes structural. A huge component of your relationship to a place has to do with your travel stories and how you tell your friends or talk about it on social media. That is also a way of having, creating, and holding onto. Gestures are where language becomes structural and visual and moves into space. When you perform a gesture it is like making that thought concrete, which relates to having to take a picture or buying a souvenir. I have been working with gesture for a number of years now. One of the things I have recently been asking people to talk about while I record them is their experience in these global observation towers. 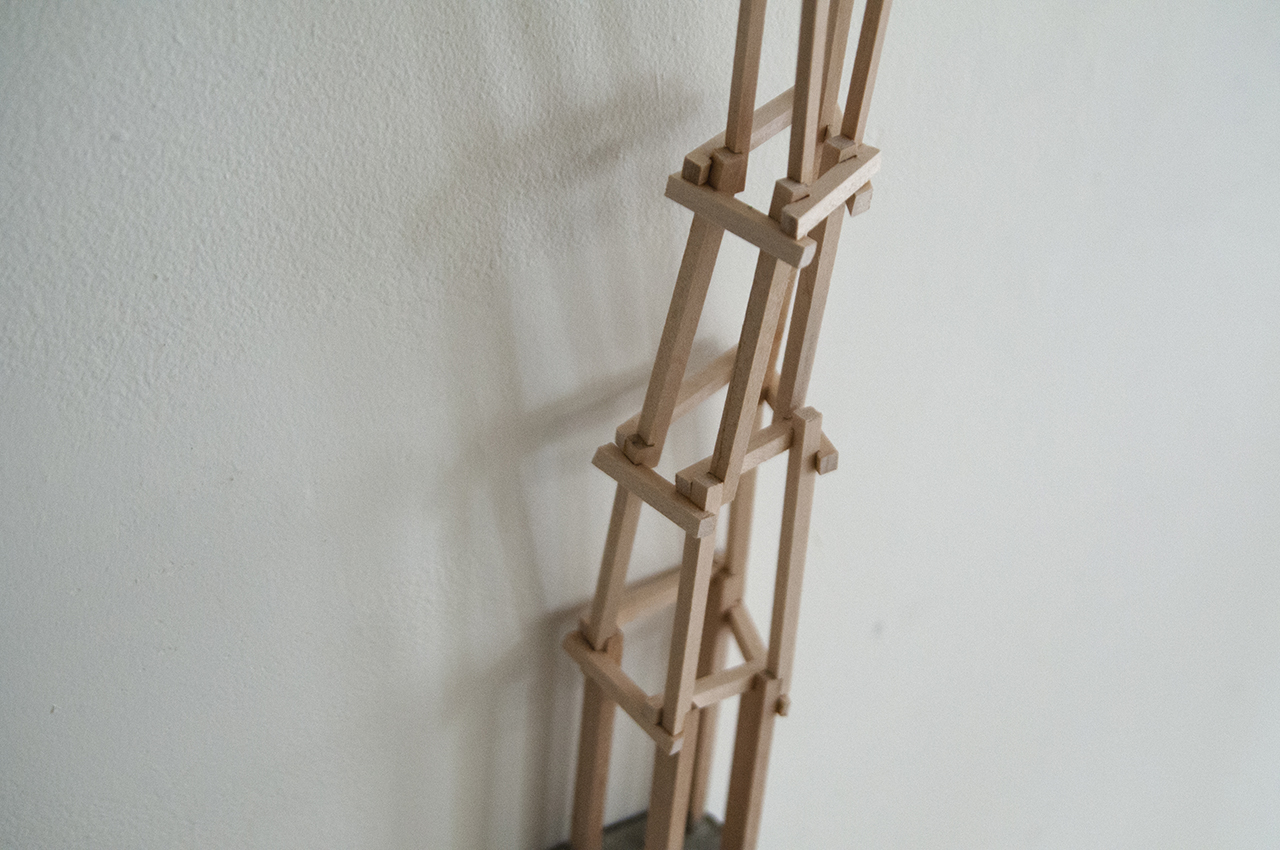