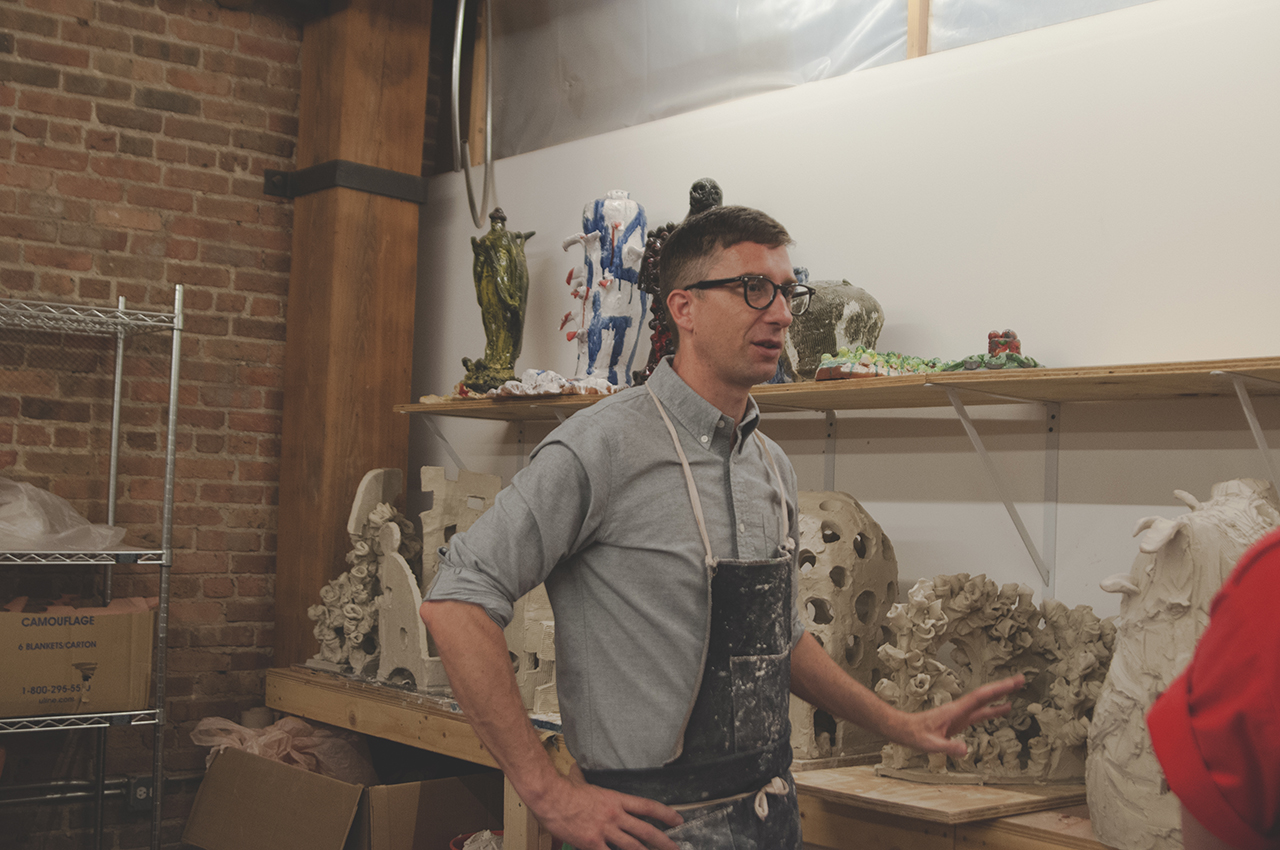 Drawn to physical forms of making, Bill produces ceramics, drawings, and collages, often using humor within each of his mediums to address a latent darkness in his work. Through his physical processes he is able to address a range of emotional states, calling attention to the way his own body expresses these forms of consciousness. Flipping between gentle and aggressive making, he moves from quiet creations to those that are quite heavy and messy, producing ceramic pieces that are confusing or hard to reconcile.

I\W: Do you consider your ceramics and collages to be extensions of your drawing practice?
WOB: Yes. All of the qualities that I like about drawing extend into the other mediums. I like to play around with the appearance of things. Sometimes my materials are made the way that you would expect, and then some intentionally are hard to reconcile like ugliness, messiness, humor and underwhelming expression. I intentionally use cheaper materials because I want my audience to be more accessible. Someone once said that the reason that they like drawing is because it is cheap and easy to fail. Drawing offers the feasibility of a very wide range of expressing oneself, but the materials are usually cheaper, so it is not so high stakes. It alleviates the pressure of dramatic failure—it can just be playful failure. 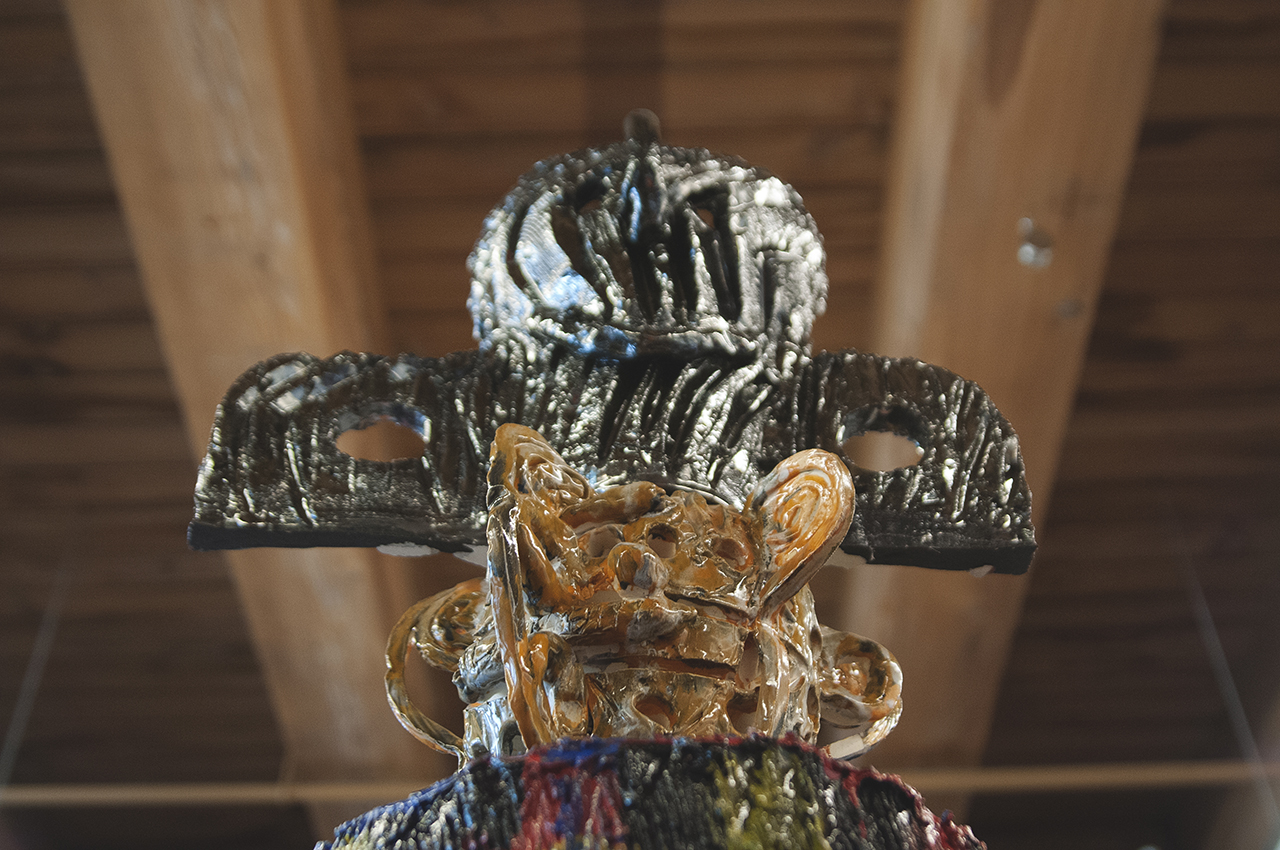 What subject matter do you tend to gravitate towards within your work?
I think that most of the work is self-portrait—either subconscious portraits or of various states of my own psychic energy. In Hinduism, different deities are looked at as manifestations of different forms of consciousness, and in the same way I am very much influenced by how the physical body can express this. Sometimes to address pain you have to be playful, because if you are afraid of it you will never go into that territory. There can be humor to the darkness. Some of my work is very quiet and beautiful and then on the flip side, some of it is quite heavy, difficult, and more expressive. There is this idea of expressionism having a very limited vocabulary, but I think for me it is more about working with different emotional states within my own body. 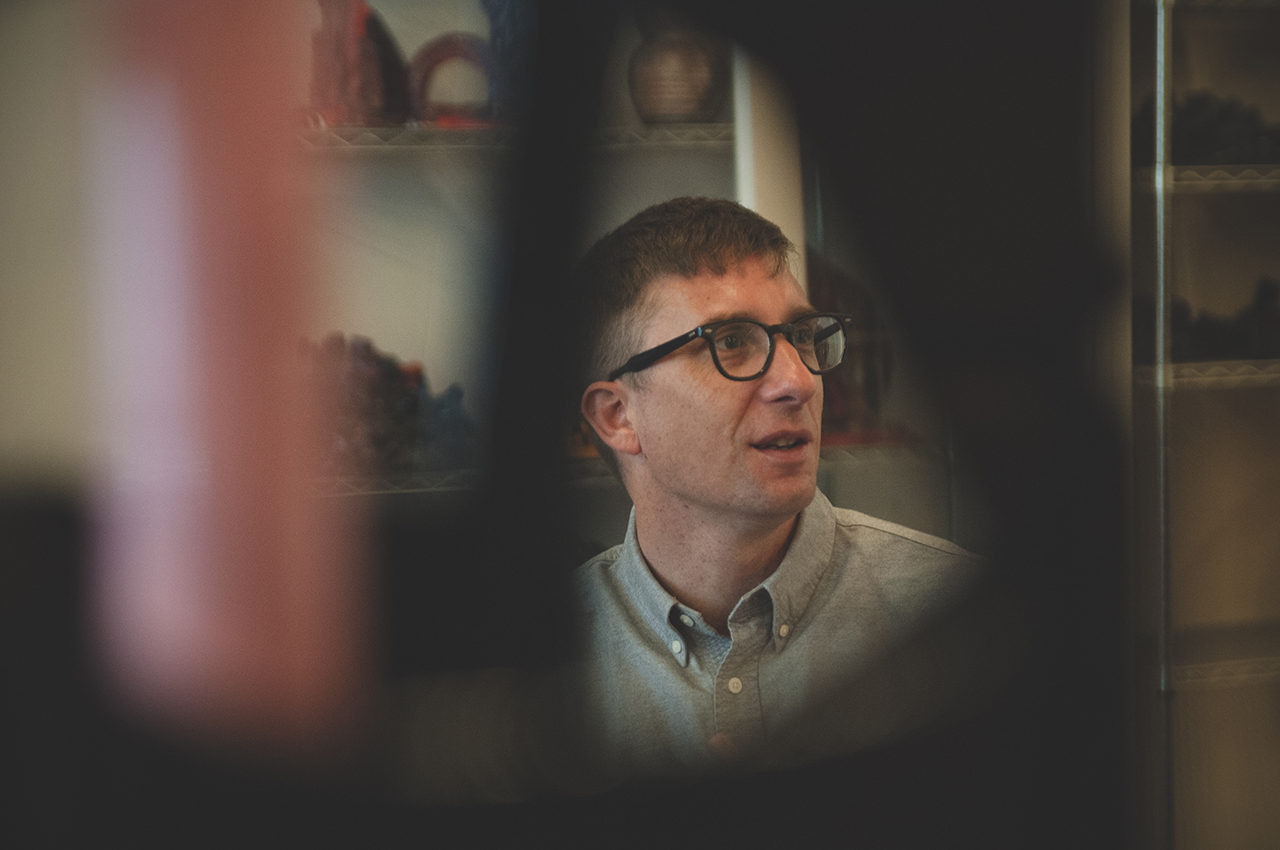 Do you feel like you can be the most expressive while working with ceramics?
I really love ceramics because they are so physical, which is one of the main reasons I gravitate towards that material. I never thought of myself as being an athlete or physical person growing up. However, I think one thing that I learned in grad school is that I am really interested in embracing both gentle and aggressive manifestations of physical expression. It is interesting for me to challenge myself to be both gentle and aggressive. A lot of time art is confined to sensuality and beauty, which is something that I am interested in with my colored pencil drawings.

Drawing offers the feasibility of a very wide range of expressing oneself, but the materials are usually cheaper, so it is not so high stakes. It alleviates the pressure of dramatic failure—it can just be playful failure. 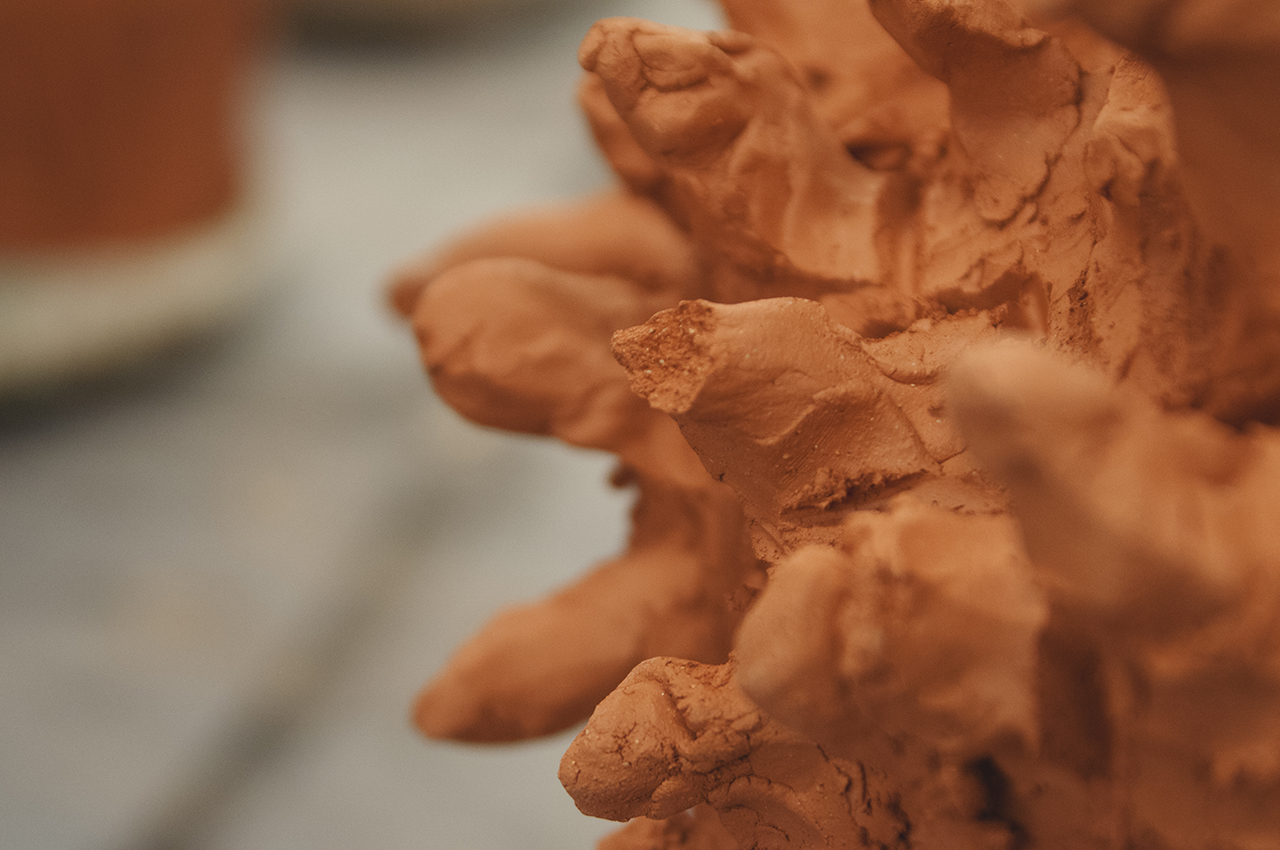 When you show your ceramic work your pieces are always displayed in a very tight arrangement. Do you feel as if they speak the most clearly when they are close together?
I am still not sure yet about that. Earlier I showed them that way out of insecurity. I didn’t think that they were good enough to be shown by themselves and so their language was more collage and sculpture. Now that the work is becoming more sophisticated I have been separating them a little more. When sculpture is by itself it is more contained and quiet, but installation has a way of offering more of a variety of interaction and increased sound of the work. I want the work to be accessible, and by presenting it in larger groups the viewer feels more relaxed interacting with it, versus having a one-on-one interaction with a piece.

Do you seek inspiration in ancient relics?
In Buddhism and Hinduism there are gods and deities that represent different forms of ritual. I am influenced by reliquary. The idea of primitivism is very limited because we have always looked towards antiquity but our generation grew up with Picasso and Mike Kelley, artists who are already using that low-level imagery like the Imagists and 60s Funk ceramicists. They are part of the history that I am inspired by. In the ’60s there were a lot of ceramicists in California like Viola Frey and Robert Arneson who were influenced by playing around with humor and classical influences in work. I am definitely like the pairing of classic sculpture meets contemporary drag.

Are you intending for your glazes to mess up in the kiln?
(Laughing) Sometimes. I have been trying to look at some of my ceramic pieces as just sculptures or paintings. I often glaze, fire, and then glaze again. I’ll paint more, because then the surface will become less predictable and harder to contend with what it is. The texture is really important in the work. I am attracted to a playfulness about what is revealed and what is true. Is it real or fake? What is it? That becomes part of the curiosity when you have to contend with what a piece is. I recently just presented a piece in a group show and I said to someone that I thought the piece was successful because you couldn’t say if it was bad or good—you just had to contend with figuring out what it was. I appreciate weirdness and confusion. 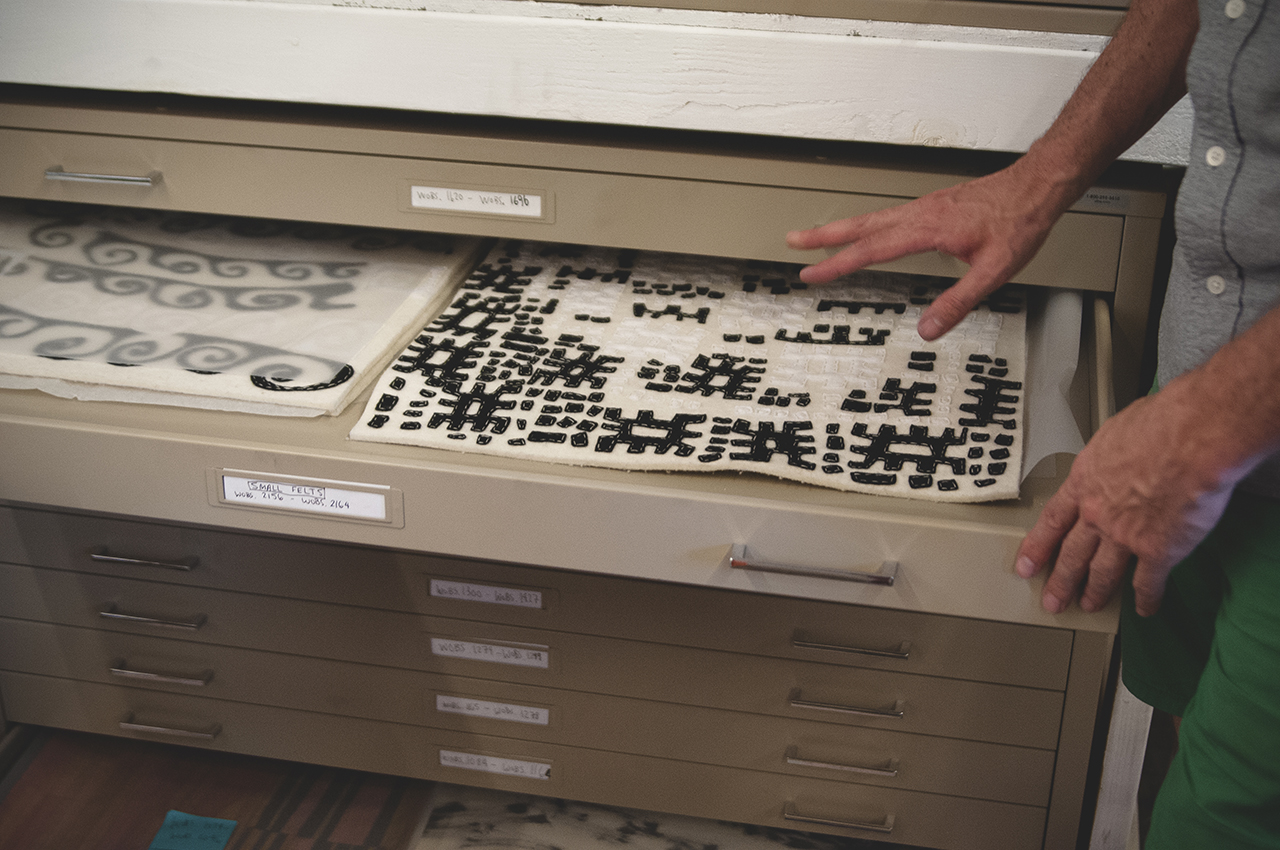 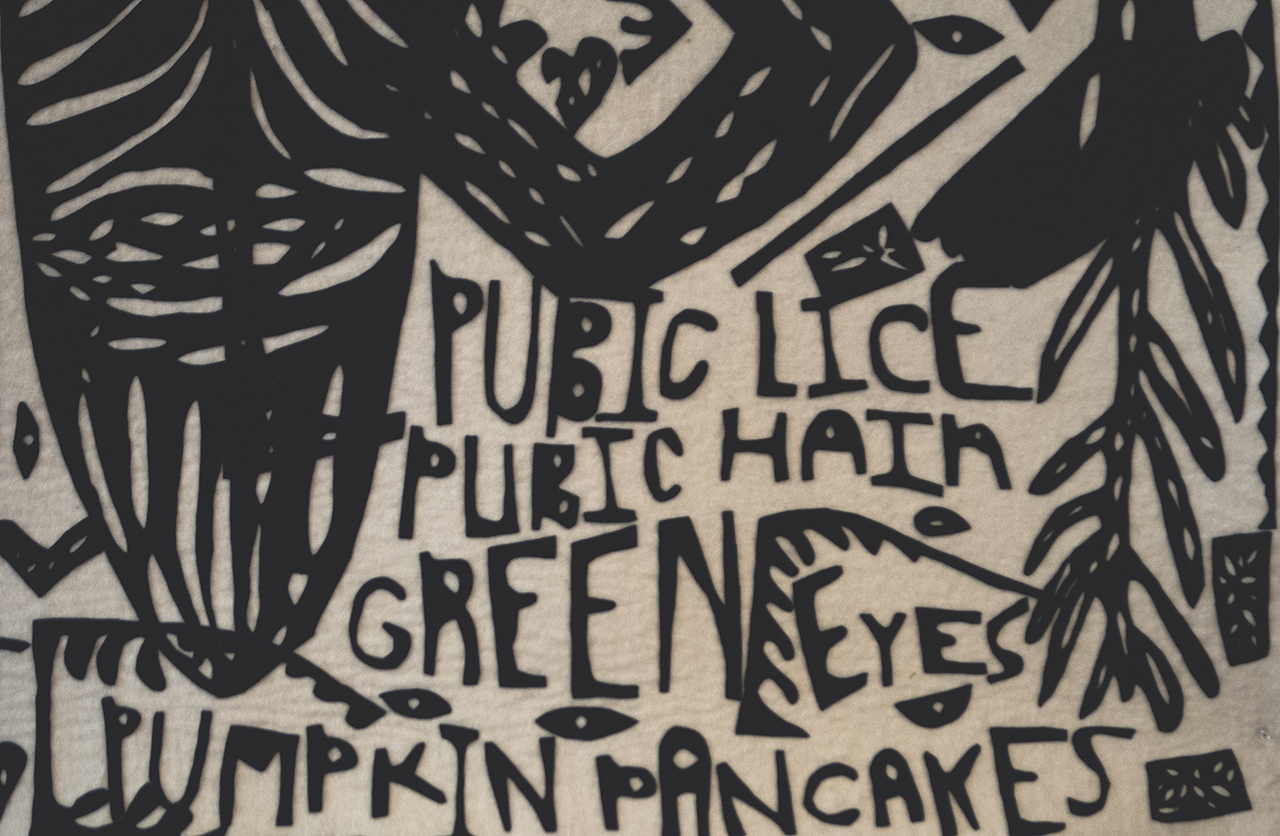 How long do you usually spend on each of your ceramics? Your output seems so enormous.
Some of them are more architectural, and others are more organic. Recently I have been working on things in bodies of work and when they are finished I will go onto the next thing. Sometimes this takes several months, and sometimes this takes years. I think Louise Bourgeois was really inspiring to me in that way. A lot of her work was about things that you sometimes just don’t get over and contending with the fact that you can’t resolve things in your biography. That is where good art comes from. Instead of treating trauma or tragedy as loss, it can actually become the fire for the best things you make. 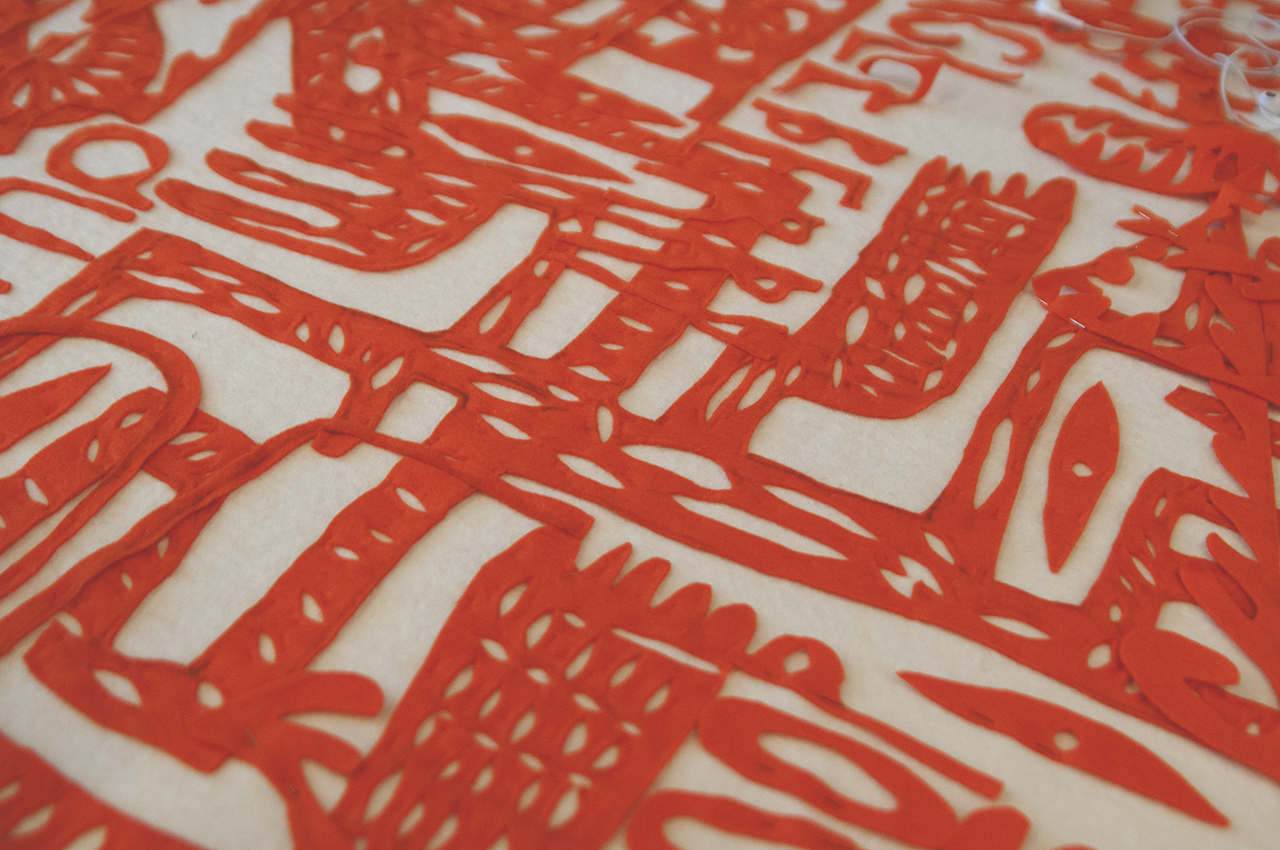 Can you explain how you began to incorporate words into your work?
I think incorporating words in contemporary art is really hard to do, and I have been doing it intentionally to react to the politeness of art right now and to advocate for weirdness. After my studio fire in 2012 I wrote a poetry book of word lists. The poetry book is xeroxed pages of lists of words, and it is about 200 pages. The newer felt collages are just me placing the words of the poems into the figurative elements. The smaller felt pieces I look to as drawings, but the larger tapestries I want to be dysfunctional tapestry narratives where there are these loaded words put together with imagery that may or may not coincide. I am well aware that they are difficult in that way, but am advocating more for a good weirdness and confusion. As I was making the tapestries I would take just take the first word, put it down, and that was the rule. I was influenced by John Cage and Allen Ginsberg’s “first thought, best thought” kind of stuff. 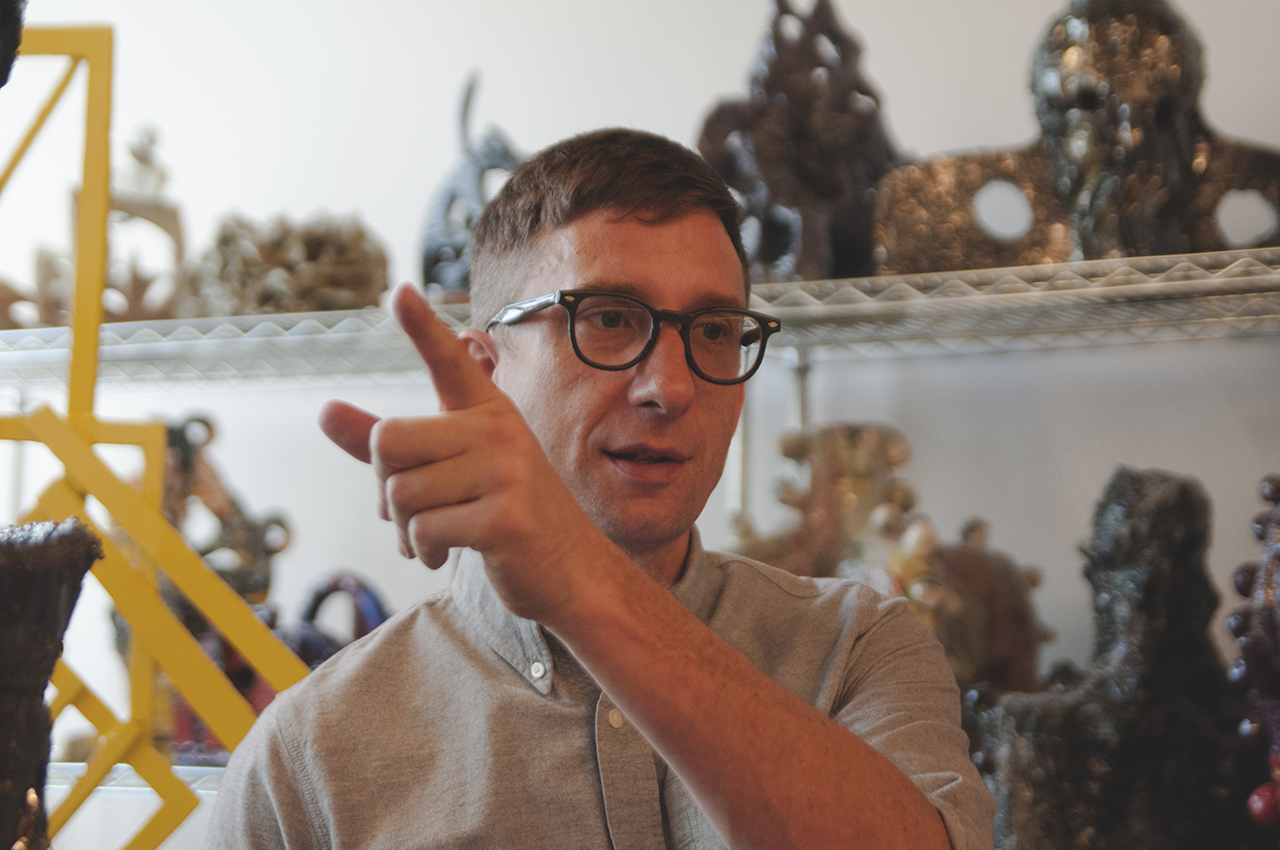 Is that stream of consciousness method also how you approach your 3D work as well?
It is harder to do that with 3D work, but easier to do that with ceramics. I really like the history of artists who use direct physical expression like John DuBuffet or outsider artists because I think that we don’t feel enough. For me, I really am advocating for feeling the physical body and feeling our emotions—just putting that into the work. One down part of doing that is people can conceive that as not being smart or calculated. I don’t like when art makes people feel stupid or excluded, so I have made conscious choices to make work that feels friendly and accessible, but also might make you uncomfortable. 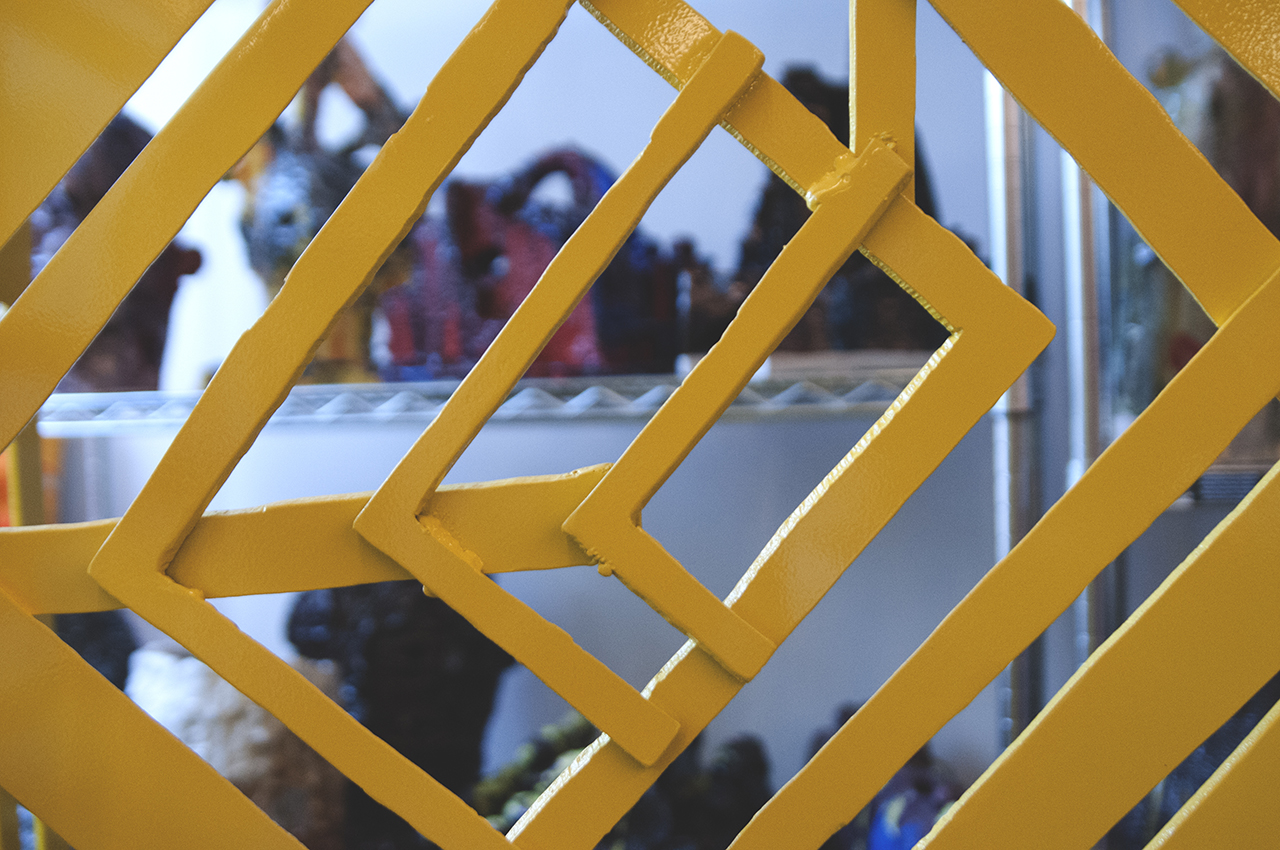